By the Fire Sundae 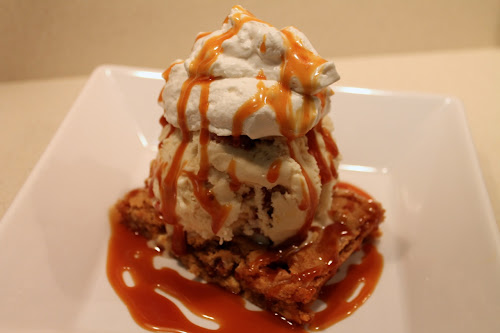 Do a Google image search for “Valentine’s Day dessert” and this is what you’ll see: lots of chocolate, heart shapes and the color red. Of course those are all symbols of the lovers’ holiday many have come to regard as overtly commercialized and gimmicky. It seems the food has followed suit.


Looking to bring the romance back, I wanted to create a Valentine’s Day dessert with a new point of view. When I envision a romantic setting, I think of something that’s intimate—just for two. I also think of sitting on the floor in front of a crackling fire with the lights dimmed or perhaps off. 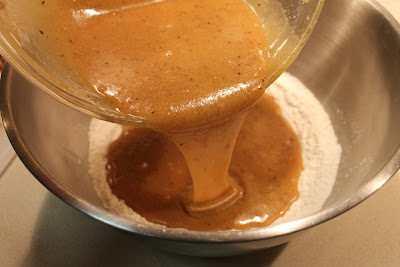 So this dessert is more about mood and sense than iconography. Each element somehow represents fire, with alternating layers of burnt and smoky flavors. It’s a rich dessert, perfect for two people to share, ideally by a warm fire. 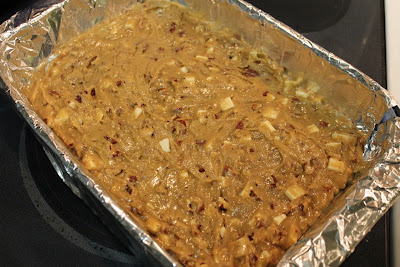 By the Fire Sundae for Two

Place a warm blondie in the bottom of a wide, shallow bowl (microwave at 50 percent power for 40 seconds if blondie is cold). Top with a big scoop of ice cream. Drizzle with warm caramel sauce and top with a dollop of whipped cream. 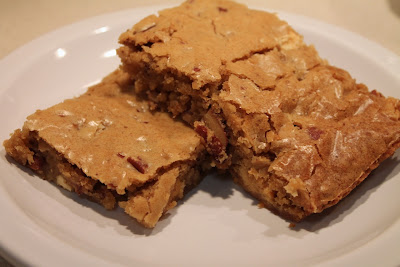 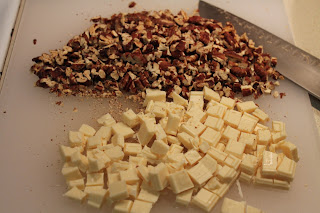 1. Heat a small saucepan over medium heat. Add the butter and cook until the butter browns, stirring frequently. This doesn’t take long. Probably less than 5 minutes total. Transfer butter to a heat-proof glass measuring cup and allow to cool.

2. Preheat oven to 350 F with rack in middle position. Spread pecans on a baking sheet and roast until deep golden brown, about 15 minutes. Allow nuts to cool then chop coarsely. Set aside.

3. Prepare a 13 X 9 inch baking pan by lining it aluminum foil (you’ll need to use two sheets). Be sure to press the foil firmly into corners and allow a little to overhang the edges. Brush pan lightly with oil.

4. Whisk together flour, baking powder and salt in a large bowl. In a medium bowl, stir together cooled browned butter until combined. Add eggs and vanilla extract and stir until combined. Pour the mixture into the bowl with the dry ingredients and fold with a rubber spatula until just combined. Fold in the chopped white chocolate and pecans.

5. Transfer batter to the lined baking dish and smooth top with a spatula. Bake until top is shiny, cracked and light golden brown, about 22-25 minutes. Cool on a wire rack then remove from pan by lifting the foil overhang. Transfer to a cutting board and cut into squares.

1. Cook bacon in a frying pan over medium heat until crisp. Set aside to cool on paper towels. Chop into ¼-inch bits. Set aside until ready to use.

2. In a small bowl, whisk 2 tbsp. of milk with the cornstarch to make a slurry. Whisk the cream and salt together in a large bowl.

3. In a 4-quart saucepan over medium-high heat, bring the bring syrup to boil, reduce heat and continue boiling for 8 minutes until the syrup has reduced by half and has begun to darken around the edges. Remove from heat. Stirring constantly, add the cream, corn syrup and the remaining milk. Bring the mixture to boil over medium-high heat. Reduce heat and continue boiling for 4 minutes, stirring constantly to prevent it from boiling over. Remove from heat and gradually whisk in the cornstarch slurry. Return the mixture to boil and cook 1 minute until thickened. Remove from heat.

5. Pour mixture into an ice cream mixture and spin until thick and creamy (usually about 25 minutes, but may vary depending on the device). Fold in the crisped bacon and transfer to a container. Freeze until cold and hard, about 4 hours.

Combined ingredients and pour into the bowl of a stand mixer with the whisk attachment. Turn mixer on and whip at low speed until bubbly, about 30 seconds. Increase speed to medium and whip until mixture is quite frothy, another 30 seconds. Increase speed to high and whip until cream is thick and stiff, about 30 seconds to a minute longer (be careful no to over whip). Mixture will keep cool in the fridge but will break down after about a day.