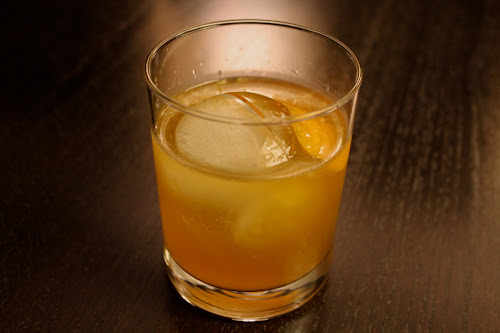 For the Argo cocktail, I drew inspiration from the geographic elements of the film: Canadian whisky to represent the Canadian embassy, cardamom syrup for Iran (since the spice is used in Iranian cuisine), and oranges for Hollywood, California. The spherical ice cube nods to the fictitious science fiction film “Argo” that served as the ruse at the center of the harrowing escape.

Combine whiskey, sweet vermouth, orange juice and cardamom syrup in a shaker with ice. Shake until very cold and strain into rocks glass with ice. Garnish with orange peel. 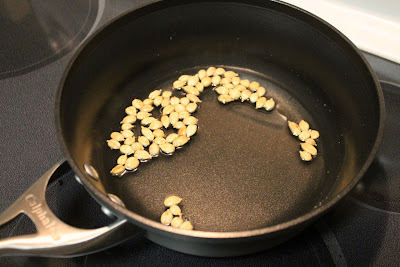 Combine sugar and water in a medium saucepan. Bring to boil, then remove from heat and stir in cardamom pods. Steep for 1 hour. Strain. Store syrup in refrigerator until ready to use.

Like The Argo? Vote for it as your favorite on Facebook. View all nine Oscar Cocktails here.
Posted by Cook In / Dine Out at 12:00 AM