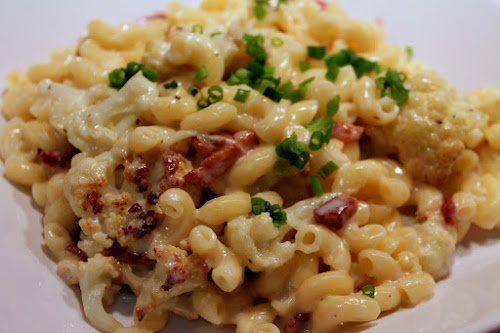 When Modernist Cuisine was published in 2011, it took the culinary world by storm, but the five-volume $625 set was geared more towards professionals than home cooks. The latter got their due with last year's Modernist Cuisine at Home, a shorter single volume set with simpler yet still very interesting recipes scaled for us amateurs by Nathan Myhrvold and Maxime Bilet.

I was a very lucky boy when I unwrapped my copy of Modernist Cuisine at Home on Christmas morning. I opened the slick volume, instantly impressed by its beautiful photography and labeled cutaway diagrams. My elation quickly transformed to intimidation. These recipes are still pretty complex requiring equipment and ingredients a typical kitchen doesn't have. I needed to stock up.

The recipe for Mac & Cheese was an instant attraction. I love Mac & Cheese and have made several version for this blog. I never use American cheese, since it's not real cheese and I don't think it has a very interesting flavor. I make Mac & Cheese the traditional way by using four and butter to make a roux, adding milk to make bechamel and then cheese to make mornay sauce. This very common method is versatile and easy but the texture is never perfect. It's always a little bit grainy. 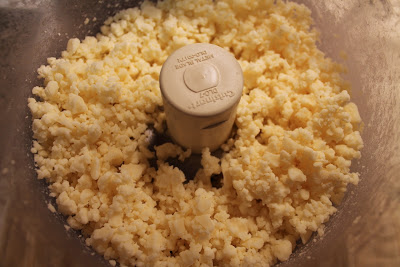 I was intrigued by the Modernist Cuisine's method for making super smooth cheese sauce, which uses sodium citrate, a compound that keeps the water and fat of cheese emulsified when heated, resulting in a sauce with a super smooth texture. Sodium citrate is a sodium salt of citric acid that occurs naturally in citrus fruits and has a sour/salty taste, although not so sour that it overpowers the cheese in this sauce. It's what makes American cheese melt so smoothly, but can be used with other cheeses to make them melt nicely too. 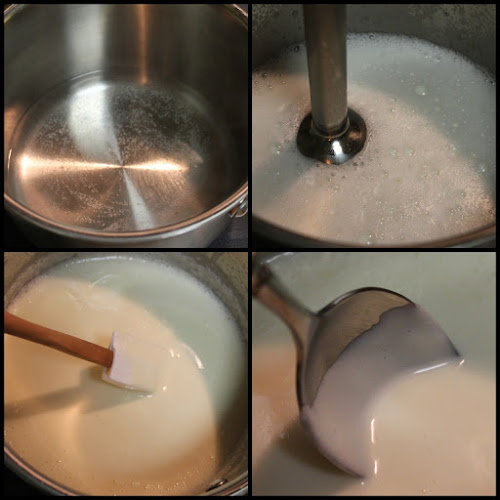 I wanted to use this technique for my nacho cheese sauce, but the sodium citrate was on back order, so I opted instead for the evaporated milk method. It produced a nice smooth sauce, although it became a little lumpy as it cooled. Eventually, the sodium citrate I ordered from Amazon arrived. 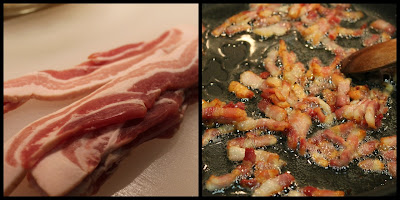 This sauce was amazing. It seemed a bit thin when it was done, but as it cooled it thickened a bit. The flavor was so intense and cheesy: no flour or milk to dull the flavor. The sauce is just water, cheese and sodium citrate. I used an extra sharp cheddar, but I could easily see a gruyere-cheddar blend working well for this dish. 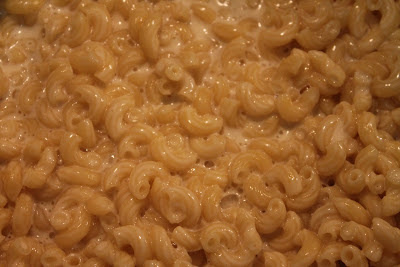 The technique really wasn't that difficult. To finely shred the cheese, instead of using the food processor's shredder disc, I cut the cheese into 1/2-inch cubes and used short pulses of the chopping blade to grate the cheese. The sodium citrate dissolved quickly in the water. After that, it was just a matter of adding the cheese one spoonful at at time and using the immersion blender for a few seconds to combine the cheese after each addition. The mixture got pretty frothy early on, although this subdued once all the cheese was added.

Modernist Mac & Cheese with Bacon and Roasted Cauliflower
Adapted from Mac and Cheese, Modernist Cuisine at Home by Nathan Myhrvold and Maxime Bilet

1. Preheat oven to 350 F. Put cauliflower florets in a large bowl and toss with olive oil, salt and pepper. Spread on a baking sheet lined with aluminium foil. Top with another sheet of foil. Roast in the oven for 45 minutes. Remove top piece of foil, increase oven temperature to 400 F and roast for another 15 minutes until cauliflower is cooked through and lightly browned. Remove from oven and set aside.

2. Heat a large frying pan over medium heat. Cook the bacon until crisped. Use a slotted spoon transfer the bacon to a paper towel-lined plate.

3. Cook macaroni in salted water according to package directions for al dente. Drain cooked pasta and set aside.

4. Add 2 1/4 cups water to a large (4 qt.) saucepan and heat over medium heat until simmering. Add sodium citrate and stir to dissolve. Add grated cheese to water one spoonful at a time. After each addition, blend with an immersion blender until the mixture is smooth. Continue in this manner until all the cheese has been added and melted in the sauce.

5. Pour the sauce over the cooked noodles and stir to combine. Fold in the roasted cauliflower and bacon and serve in bowls topped with chives.
Posted by Cook In / Dine Out at 12:00 AM