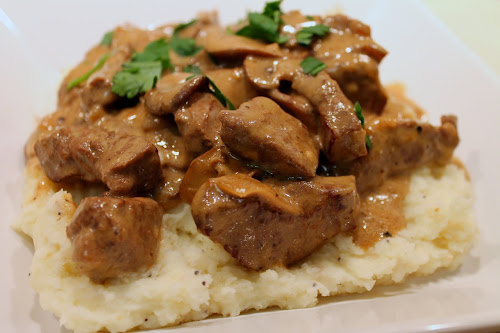 If Beef Stroganoff could be the subject of a biographical film, it would be a grand epic, spanning decades, continents and wars. It would have its moments of tragedy, a little infidelity (bear with me on that one) and possibly a downer ending: Daily Meal included it on its recent list of 11 dishes disappearing from restaurant menus.


Like the Grouper Almondine, I wanted to explore whether Beef Stroganoff is worthy of a new chapter. My impression of the dish is that it is not haute cuisine: chunks of beef mixed with sour cream and served over noodles sounds rather dowdy frankly. But when I looked into its background, I learned that it has a surprisingly rich history.


The dish emerged in Russia during the 19th century and is likely named for Russian statesman Count Pavel Alexandrovich Stroganov, as was the fashion to name a dish after the household it was created for. Sources say the exact origins of the dish are unconfirmed. Some point to French chef Charles Briére, who was working in St. Petersburg and submitted it for publication in L’Art Culinaire in 1891. Other sources indicate the dish was in the Stroganov family for some time and appeared in the 1861 Russian cookbook A Gift to Young Housewives by Elena Ivanovna Molokhovets. Regardless, I like to imagine this is the sort of thing Anna Karenina would have sat down to eat at dinner. 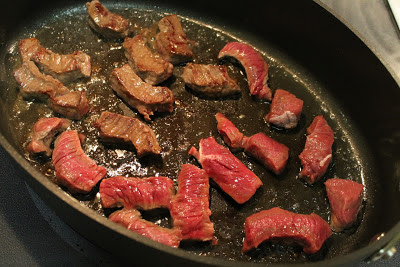 After the subsequent fall of the Russian aristocracy, the dish traveled to China, where it was popular in restaurants and hotels prior to World War II. Immigrants and American military personnel stationed abroad brought the dish back to the United States, where its popularity grew and peaked during the 1950s, ironic considering this was also the height of the Cold War. This is also when the once elegant dish became troubled. High costs of meat during the war sent cooks in search of cheaper, lesser quality cuts. American home cooks looking for shortcuts turned to the burgeoning processed food industry, leading to recipes for Beef Stroganoff that included ingredients like cream of mushroom soup and ketchup. Anna Karenina would not have been happy.


For my take on the dish, I wanted the honor the dish’s history, taking it back to a more traditional form. I was intrigued by its French origins. Blogger Jennifer Eremeeva (from Dividing My Time; she now writes Russia Lite and The Moscovore) describes Beef Stroganoff as an adaptation of beef fricassee and offers a good traditional recipe. For my dish, I turned to the definitive American voice on French cuisine for ideas. 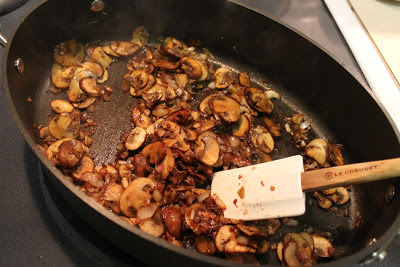 In Mastering the Art of French Cooking, Julia Child describes Sauté de Boeuf à la Parisienne as a French version of Beef Stroganoff. Perfect! The recipe’s simplicity is what drew me to it to use as the blueprint for my dish. Although her book is notorious for its hours-long recipes, this one is surprisingly quick—she claims it can be done in 30 minutes. And it uses just 12 ingredients, including salt and pepper. I also used elements of the recipe by America’s Test Kitchen, which is always a useful source for good technique.


Although commonly served in the United States with noodles, sources I reviewed indicated that the original Russian version would have been served over fried potato straws (see, I told you there was infidelity in this story). For my dish, I wanted to reunite Stroganoff with its original partner, although I chose mashed potatoes (and a modern take on mashed potatoes at that). I am grateful to sources Beef Stroganoff.Net, Christine’s Pantry, Jennifer Eremeeva, WikiBooks and Wikipedia for the historical information presented here. 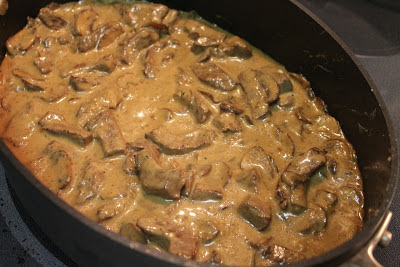 1. Heat 1 tbsp. butter in a large skillet over medium-high heat. Sear beef in batches 2-3 minutes per side, turning once, about 4-6 minutes total. Repeat until all the meat is browned. Remove meat from pan and set aside.

2. Melt 1 tbsp. butter to skillet. When foaming subsides, add mushrooms, season with seasoned salt to taste, and sauté for about 3 minutes. Add shallots and continue cooking until mushrooms and shallots are browned, about 6-7 minutes total. Remove from pan.

3. Deglaze pan with madeira, stirring to remove any remaining browned bits. Add beef broth, increase high and bring to a boil. Boil liquid until reduced by half. Reduce to medium. Return beef and mushroom mixture to pan, reduce heat and simmer, covered, until the meat is cooked but still tender, about 12-15 minutes. During the last couple minutes of cooking, add the arrowroot-water mixture and stir to thicken the sauce as it cooks. Turn heat to low. Season with fresh-ground black pepper and, if desired, additional seasoned salt. Stir in the sour cream. When heated through, turn off the heat. Serve over mashed potatoes topped with fresh chopped Italian parsley. 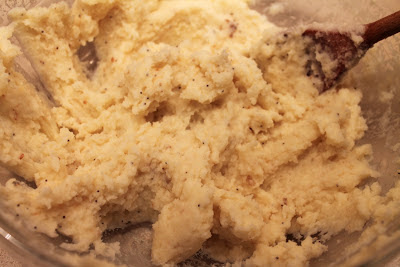 Everything Mashed Potatoes
Inspired by Range

We recently had Everything Mashed Potatoes as a side dish at Range, and I thought they would make a more interesting accompaniment for Beef Stroganoff than plain mashed potatoes. Apparently I’m not the only one, as an online search turned up a number of recipes. Some people got lucky and found an “everything bagel” spice blend, but since I couldn’t, I had to come up with one (which I did by studying the ingredients list of the Everything Bagel at Whole Foods). 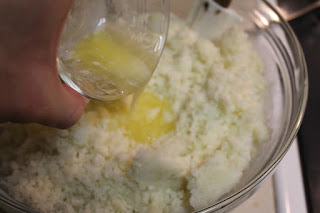 Put potatoes in a large pot and fill with water until covered by 1 inch. Bring to boil and cook potatoes until easily pierced with a paring knife. Drain potatoes, allow them to cool a bit and pass through a potato ricer into a large bowl (when using a potato ricer, the potato skins should stay in the ricer). Add butter to potatoes and stir to combine. Add minced onion, minced garlic, sesame seeds, poppy seeds and seasoned salt. Heat milk in the microwave or in a saucepan over medium heat (if you do this on the stove, heat the milk while the potatoes are cooking). Pour milk over potato mixture, add sour cream and stir to combine thoroughly.
Posted by Cook In / Dine Out at 12:00 AM