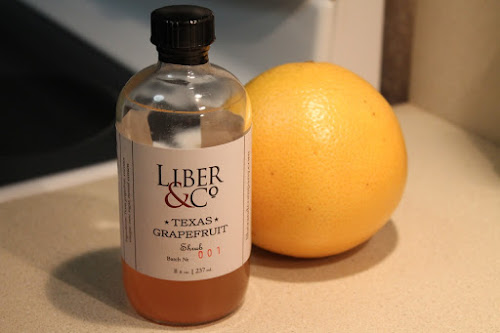 While at my first visit to D.C's (rather fabulous) Union Market, I was lucky to get a demonstration at Salt & Sundry from Liber & Co., a small Texas-based producer of unusual cocktail ingredients, including tonic syrup and a couple varieties of shrub.

Until recently I didn't really know what shrub was, although I assumed it probably wasn't cuttings from a backyard bush (a potentially bad assumption in these days of cocktail experimentation). Shrub is an old-fashioned mixture of fruit juice, vinegar and sugar, generally as a way to preserve the fruit juice, that may or may not also contain liquor. According to Wikipedia, shrub emerged in colonial times but fell out of favor with the advent of refrigeration.

With the current interest in reviving classic cocktails, it's no surprise that shrub is becoming more common on cocktail menus (Some of the cocktails at Range, for example, include different shrubs). Liber & Co. were offering samples of their grapefruit shrub mixed with club soda, which was tart, sweet and refreshing. I used it to make the Dallas Drinks: The Judith cocktail from earlier this week, and also tried the two suggested cocktails on the Liber & Co. website. 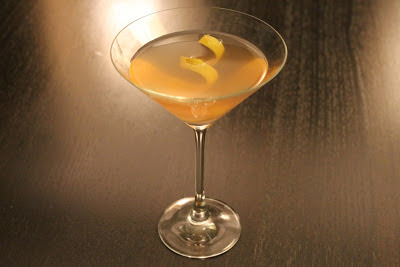 Combine shrub, gin, vermouth and bitters in a cocktail glass with ice. Stir until combined and chilled and strain into a chilled martini glass. Garnish with lemon twist. 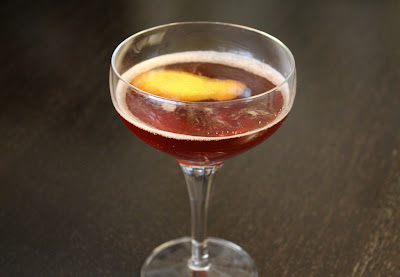 This drinks calls for a flamed grapefruit peel, which is a rather exciting cocktail garnish. To make one, cut a wide slice of grapefruit peel (a coin shape works well), carefully hold the peel above the cocktail with the skin side facing the glass. With your other hand, strike a match and hold it under the peel. Quickly squeeze the peel to release its oils which will light on fire as they spray through the match flame and into the glass. Because this trick is probably best demonstrated, here's a good video.

Combine scotch, shrub, cheery heering and vermouth in a shaker with ice. Shake until cold and strain into a chilled coupe. Garnish with flamed grapefruit peel.