Drew Ramos, the bad-boy brother of Elena, hardly ever catches a break. John Ross is out to get him, and his sister, used to his shenanigans, views him with skepticism. But like Elena, Drew wants to make it in the oil business. He's determined to strike oil on the land their father once unsuccessfully drilled.

Like his oil-interested sibling's drink, The Drew features smoky mezcal but gets a fiery bad-boy kick from Bittermens Hellfire habanero shrub. Even more fire comes courtesy of the flamed orange peel, a garnish made by squeezing the oils from the orange peel over a lit match to ignite them as they drop into the drink. It's a dramatic flair worthy of the epic family drama of Dallas. 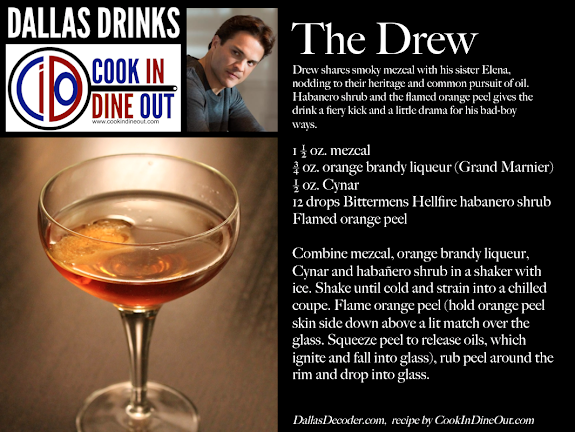