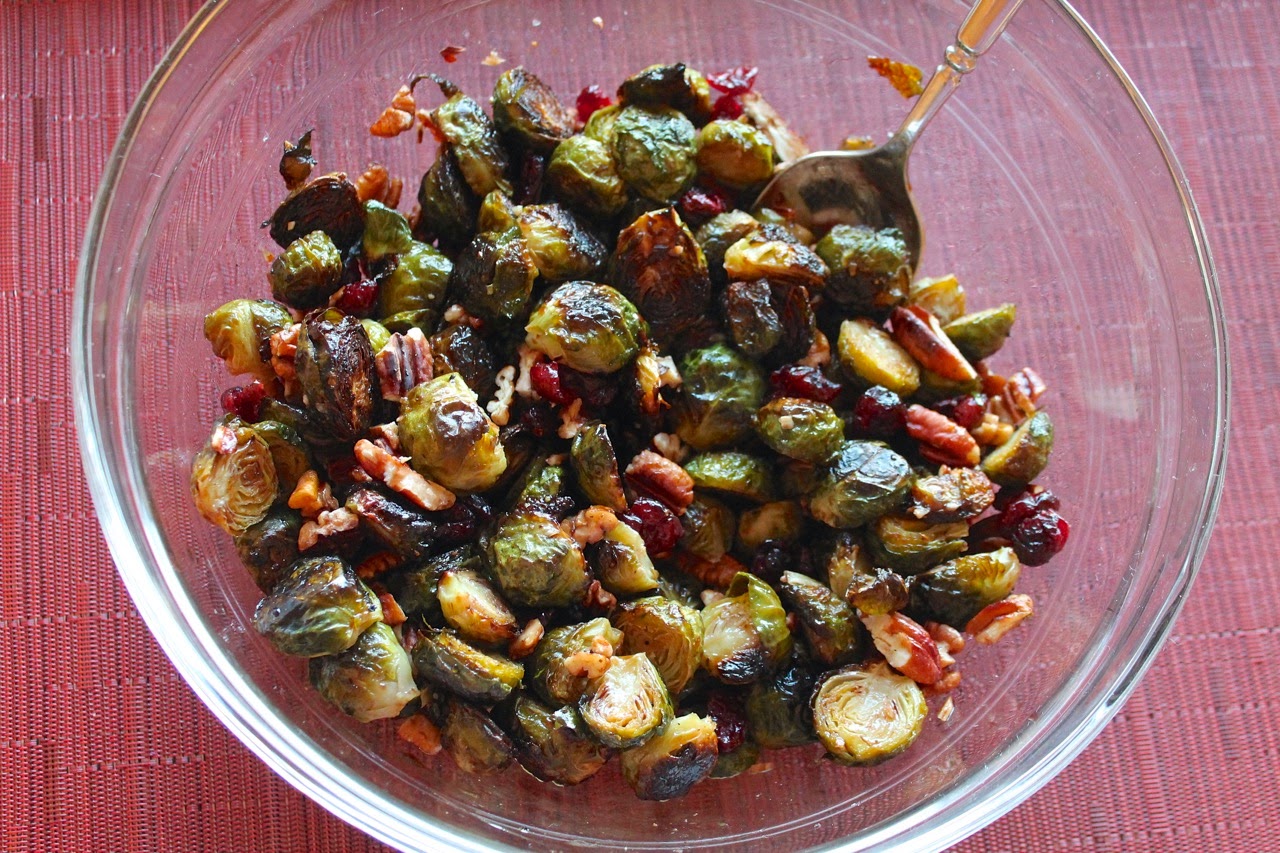 Like most people, I didn't used to be a fan of Brussels sprouts. But now I love them, especially roasted, which brings out their sweetness and softens their bitterness. They are my favorite vegetable to serve as a Thanksgiving side. 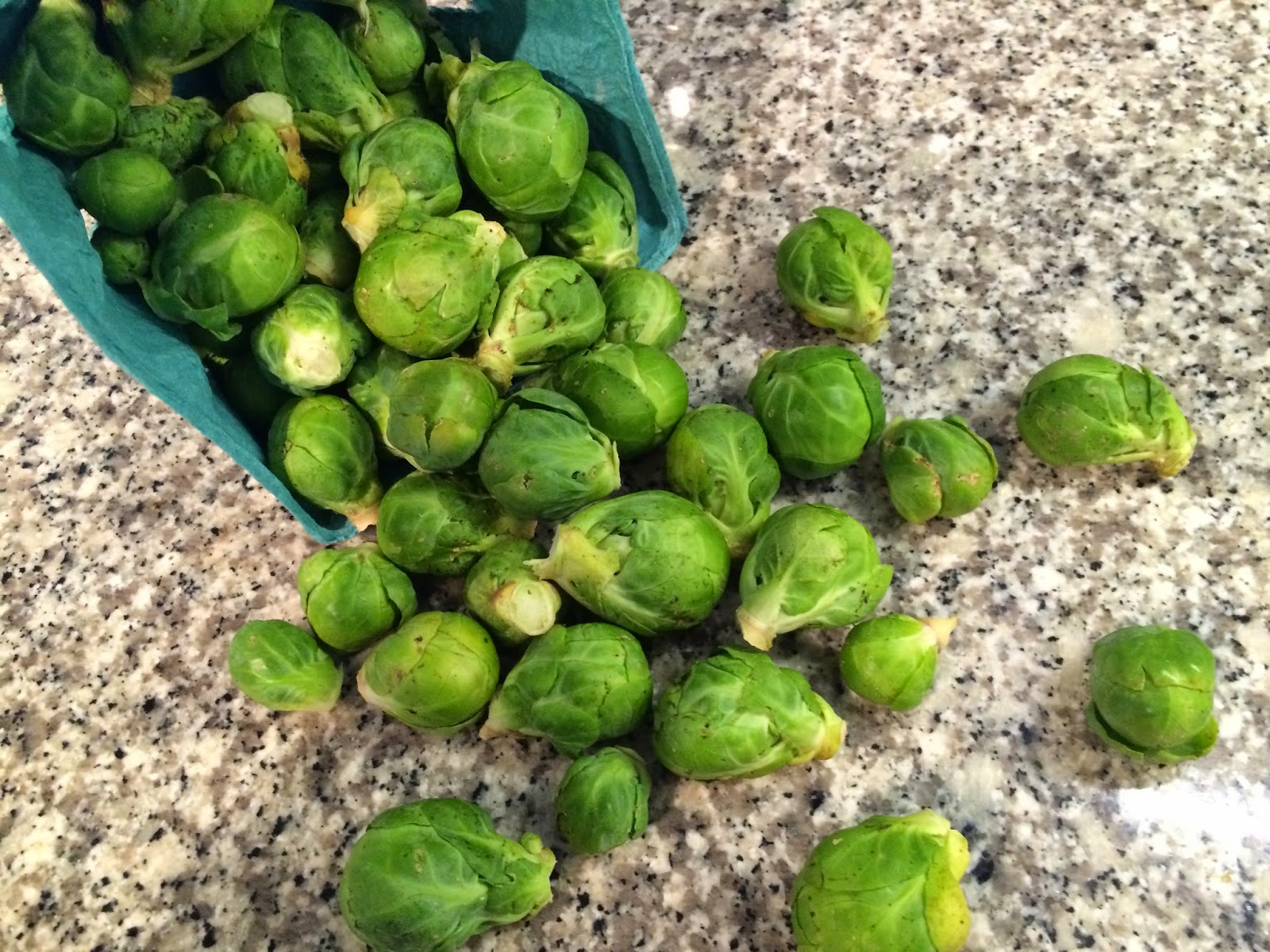 Brussels sprouts play nicely with a lot of other Thanksgiving ingredients. This dish combines their bitter-sweetness with the fruitier sweetness of dried cranberries, the earthy sweetness of maple syrup and nutty pecans. 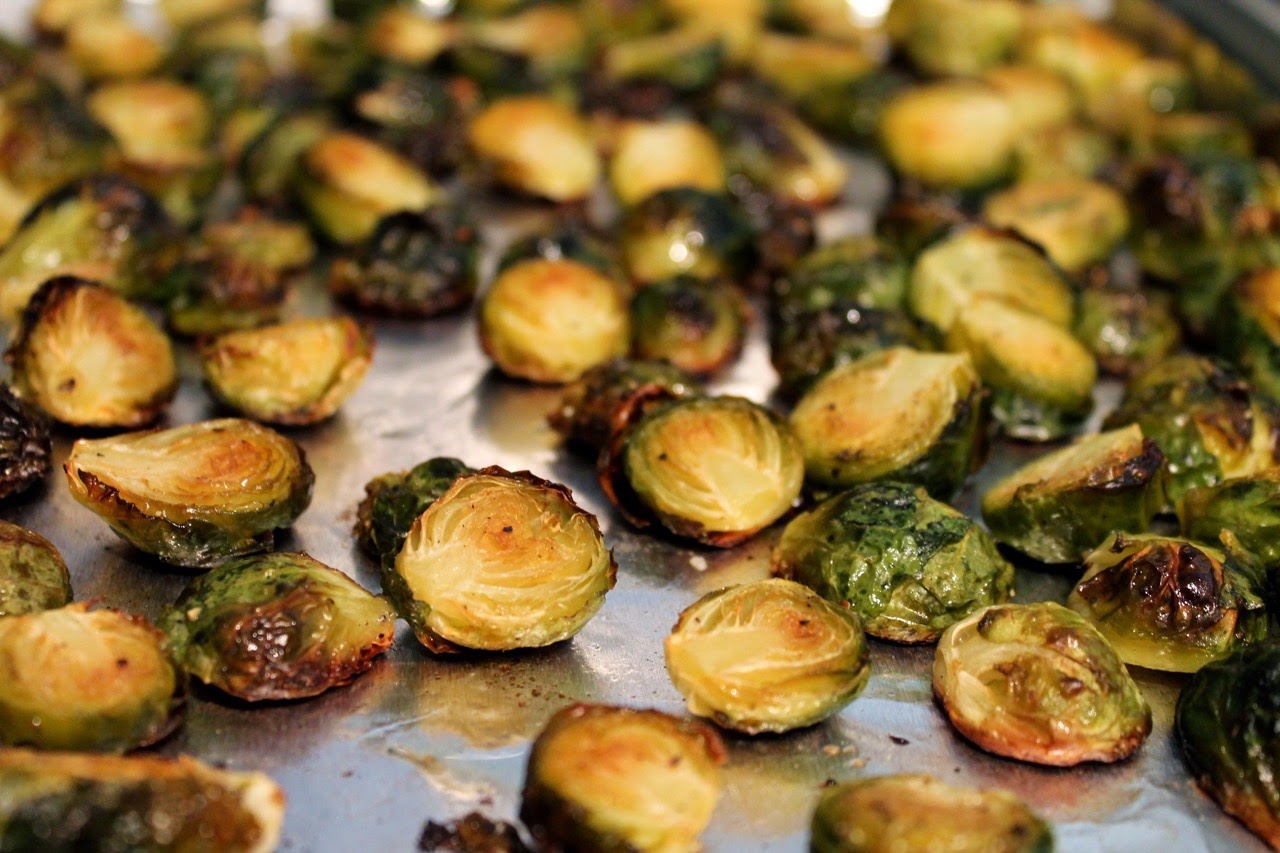 I omitted the bacon from the original recipe, which may seem like an odd choice, but I already had Bacon Marmalade on the table, so I kept the sprouts vegetarian (by all means though, if you want bacon in this, it's a simple matter of crisping some bacon pieces and tossing them in at the end). 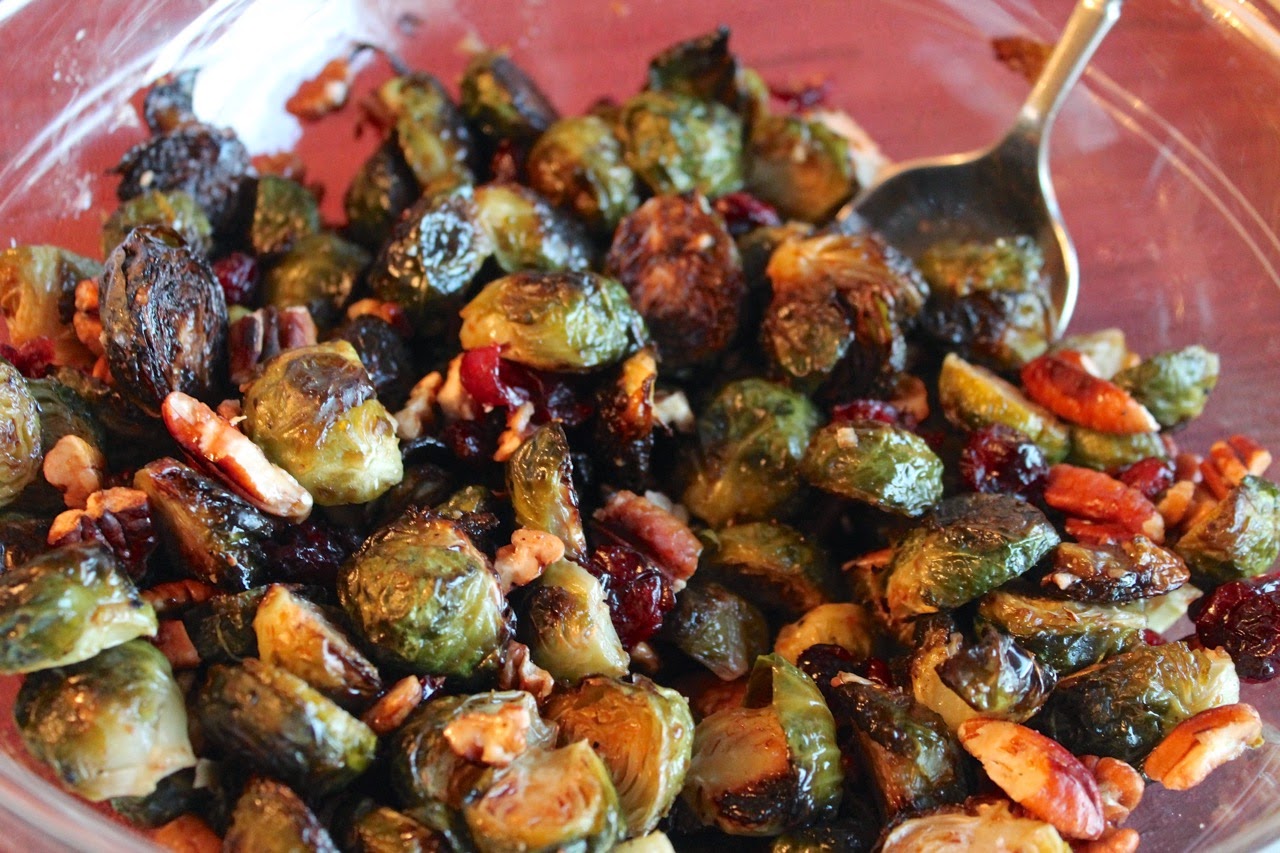 2. In a large bowl, toss prepared Brussels sprouts with olive oil. Spread the sprouts on the baking sheet and season with salt and pepper. Roast for 35 to 40 minutes, tossing a couple times, until the sprouts are browned on the outside and tender.

3. Transfer the sprouts to a large bowl. Add the vinegar and syrup and toss to coat. Stir in the pecans and cranberries and serve.