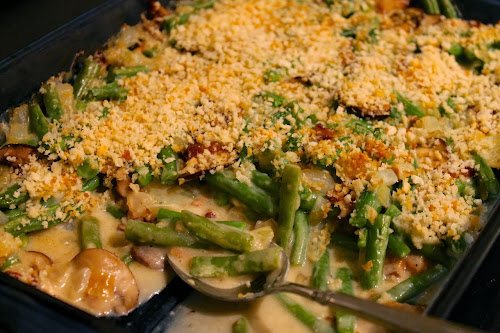 Fans of classic green bean casserole look away now. You're not going to like what I have to say about the drab, sodium-laden dish that graces far too many Thanksgiving tables every year.

I think the idea of cooking green beans with mushrooms and onions to produce a mixture of soft and crisp textures is wonderful. I just don't think the way most people do it--i.e. with canned cream of mushroom soup, canned green beans and canned fried onions (remarkable that you can get this canned) is the way to go. 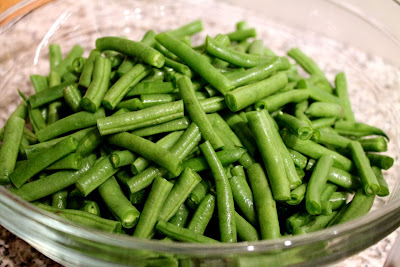 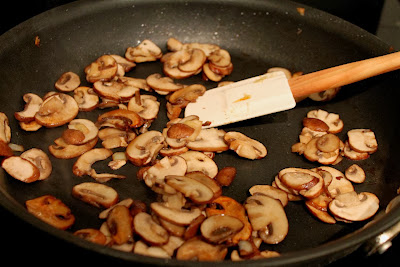 With this recipe, I sought to reinvent classic green bean casserole with fresh ingredients and lots of flavor, while being true to the original recipe's principal ingredients: mushrooms, onions and, of course, green beans. I also made the recipe with no cans, everything is fresh, which improves the nutritional profile of dish considerably, especially the sodium, even though I made it with added bacon and cheese (more on that later). 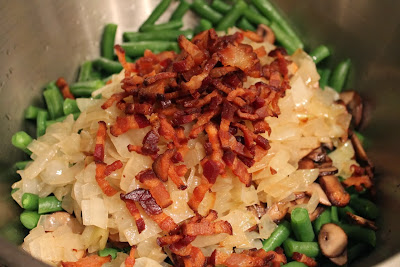 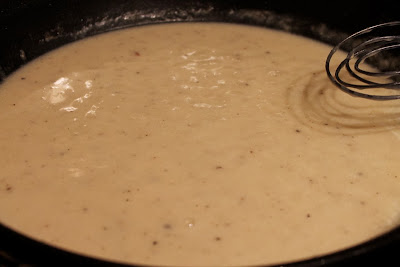 Instead of cream of mushroom soup, I used mushrooms, specifically creminis, which I sautéed. I also used fresh green beans instead of canned (or frozen), which provide a brighter color and better texture. Substituting sautéed onions for the fried onions does mean a loss of crispiness. To compensate, I added a finishing coating of toasted panko. Additional flavor boosts came from the hickory-smoked bacon and the gruyere cheese, which I melted into a béchamel sauce, not too dissimilar from how you make a mornay cheese sauce for mac & cheese. A little white wine and a dash of nutmeg give the sauce a refined flavor. 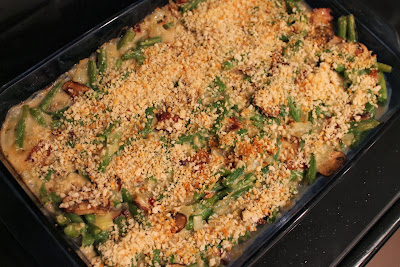 Amazingly, despite being made with bacon and cheese, my dish has less than half the sodium content of the traditional version made with canned ingredients. Using a recipe calculator, I estimated that the Campbell's recipe if made with regular cream of mushroom soup, Green Giant brand canned green beans and French's french-fried onions, contains about 6,016 mg of sodium, or 1,003 grams per serving. Given that the recommended daily allowance is 2,300 mg for a healthy person, you're looking at nearly half of your daily sodium intake for a single serving. If you're on a low-sodium diet of 1,500 mg max, it's two-thirds of your daily intake.

In contrast, my dish has about 2,400 grams, or about 400 grams per serving. While I wouldn't describe that as "low salt," it's less than half the sodium content of the version made with canned ingredients. Obviously, there's still a good number of calories here, 274 per serving, to be specific. 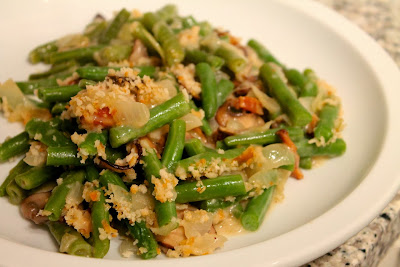 2. Heat a medium frying pan over medium heat. Add bacon and cook until browned and its fat has rendered. Remove bacon with a slotted spoon. Remove bacon fat in excess of 1 tablespoon (reserve the bacon fat). Add onion, season with salt and cook until softened. Remove from pan. Add a tablespoon of reserved bacon fat back to the pan. Sauté the sliced mushrooms until browned. Remove from pan and set aside in a large bowl with the cooked bacon and onion.

3. Meanwhile, bring a medium saucepan of water to boil. Add the green beans and cook for 3 minutes. Remove the beans transfer to to an ice water bath. When cooled, add to the bowl with the bacon, onion and mushrooms.

5. While the sauce cooks, heat remaining 2 tsp. butter in a small frying pan over medium-low heat. Add panko, stir to coat with butter and toast lightly on low heat until (do not brown the crumbs).

6. Pour the cheese sauce over the cooked beans, bacon, onion and mushrooms and stir to combine. Transfer to a 9 x 13 baking dish. Spread the toasted panko evenly on top. Bake until heated through and the mixture bubbles a bit, about 20 minutes. If the panko topping isn't browned, heat the oven broiler and broil the casserole for about 30-45 seconds until lightly browned (watch carefully to prevent burning).
Posted by Cook In / Dine Out at 12:00 AM