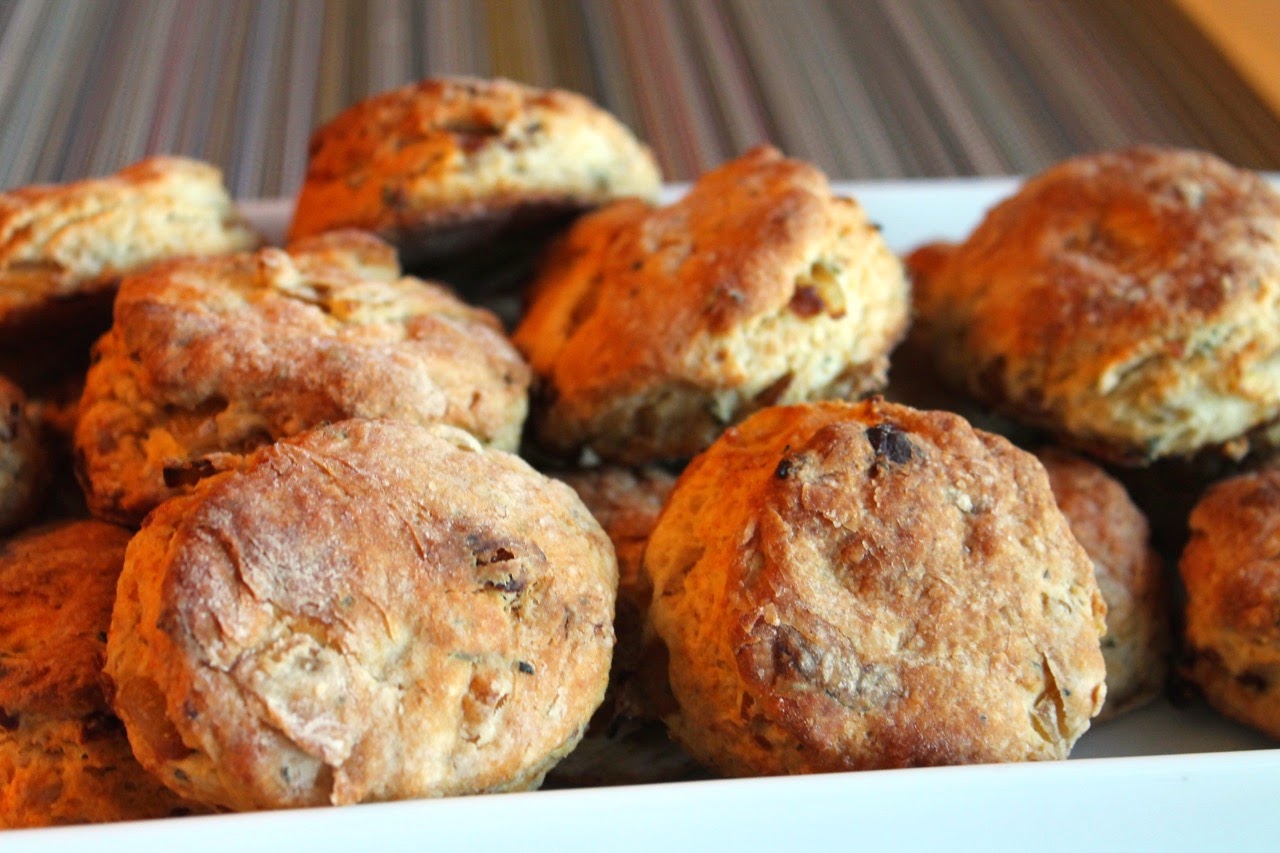 A few years ago while planning Thanksgiving dinner, I declared that I wasn't going to make any biscuits. We had stuffing, mashed potatoes, pies--seemed like enough carbs to me. Suffice it to say, that suggestion was received about as well as New Coke or Ishtar.

So every Thanksgiving, I make biscuits, a uniquely American dish that fits perfectly into a typical Thanksgiving repertoire. Of course, there are biscuits to be found in other parts of the world, but they are different, generally thin and crisp and either sweet (what we Americans would call a "cookie") or savory (what we would call a "cracker"). But in the United States and parts of Canada, it's a small baked bread with a browned crust and soft interior. 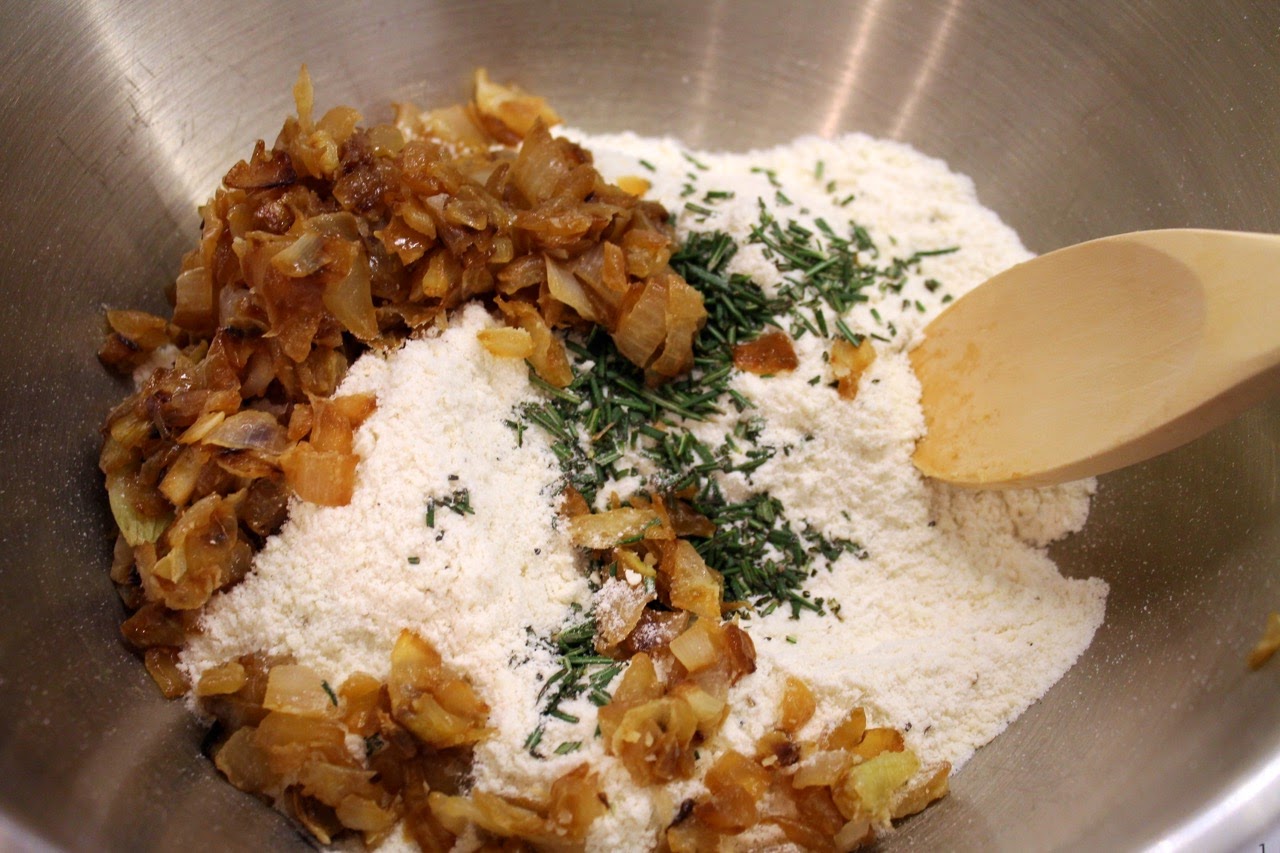 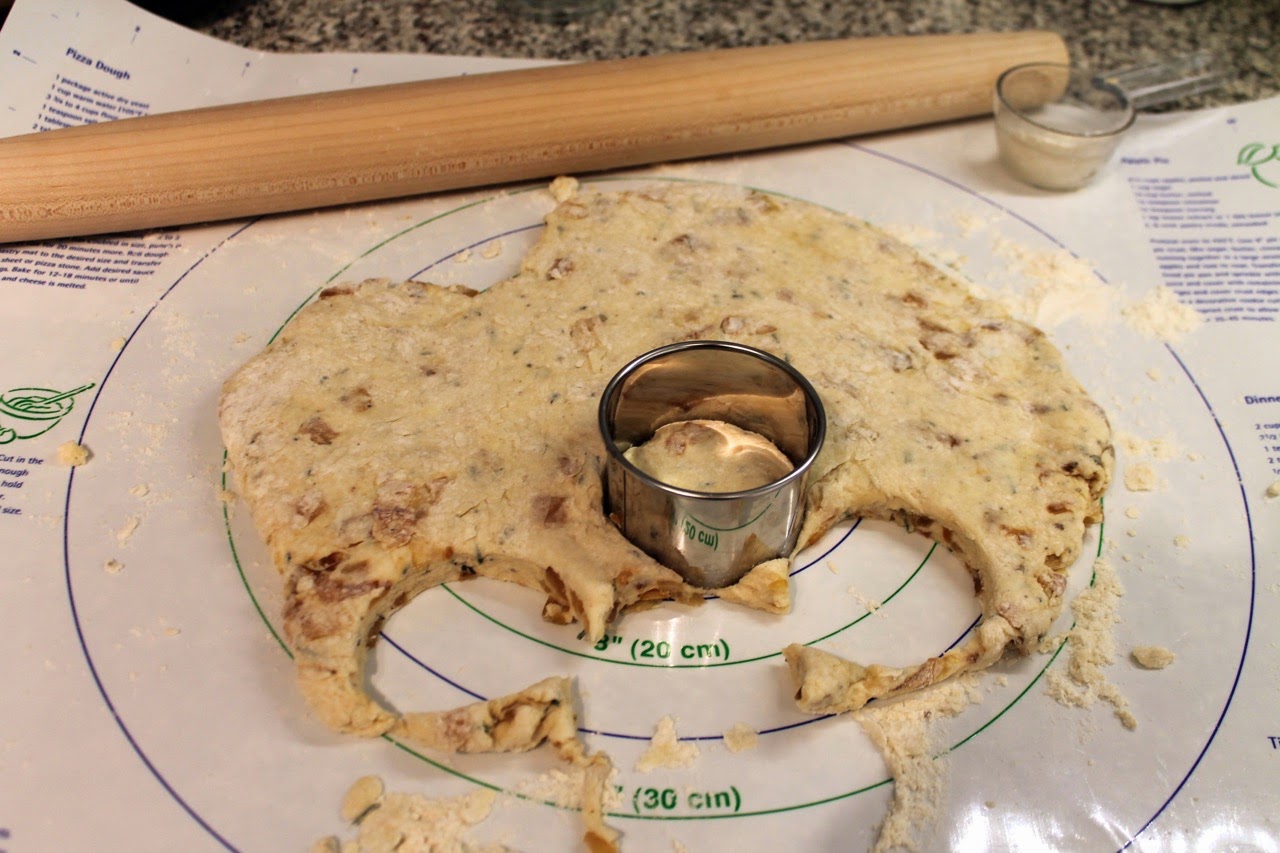 Last year, I made Cheesy Scallion-Corn Biscuits. This year's Rosemary-Onion and Black Pepper Biscuits are made from the same basic recipe, but with different flavorings. They're closer actually to the original recipe from Bon Appétit for Buttermilk Biscuits with Green Onions, Black Pepper, and Sea Salt.

I didn't caramelize the onions for this recipe, just browned them, but you certainly could if you wanted to take a little more time with them. After cutting out the first round of biscuits, be sure to gather the dough and re-roll it, repeating until you've formed all the dough into biscuits. 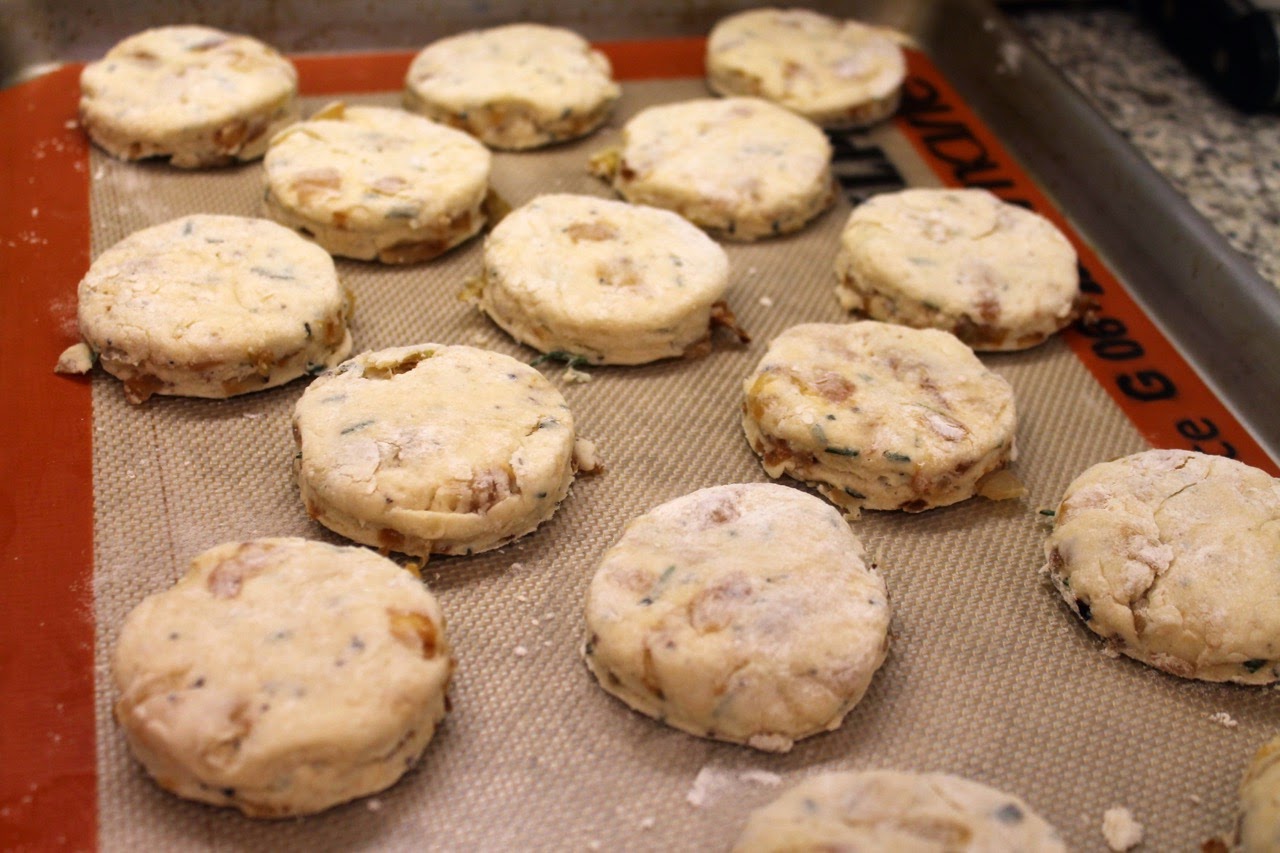 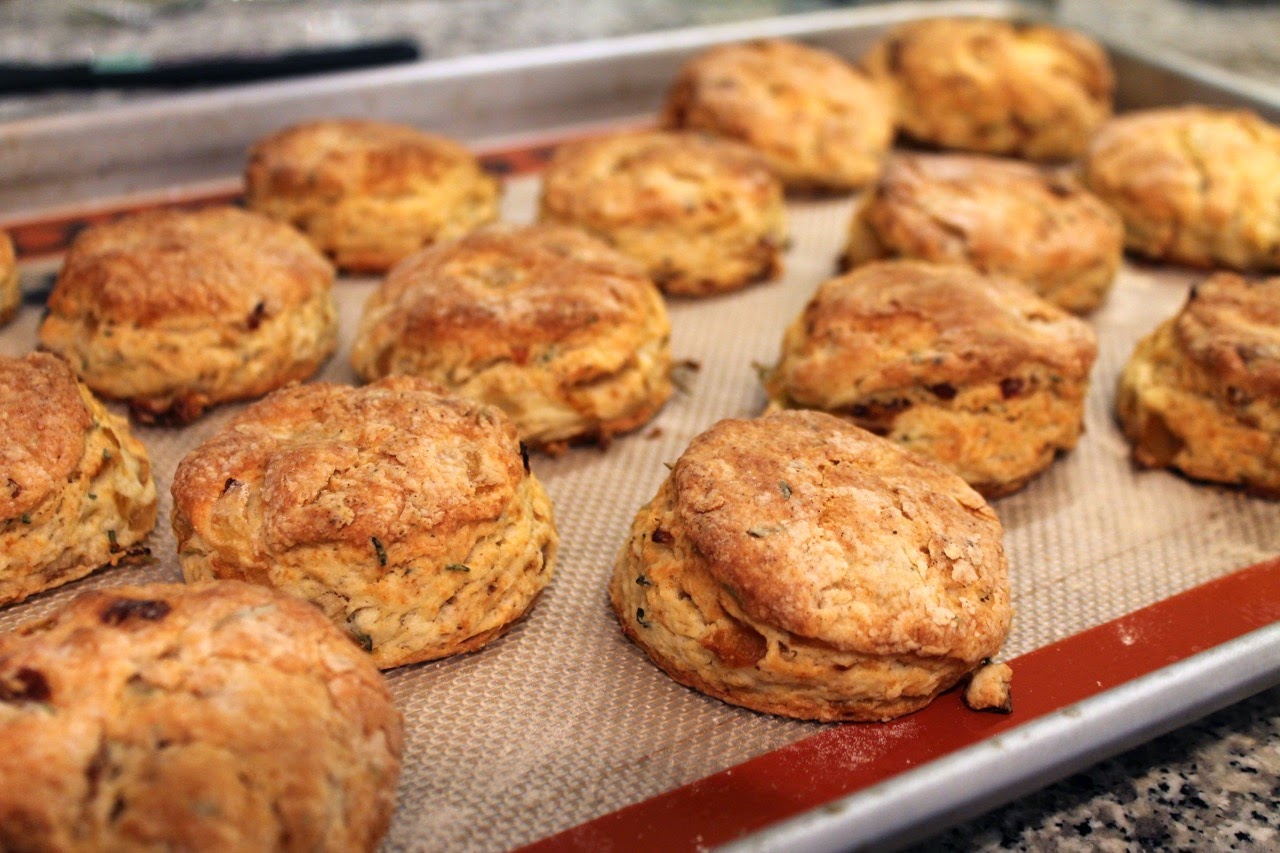 At the table, you can serve these biscuits with butter and/or jam, although I really recommend making a batch of Bacon Marmalade to go with them. The smoky-sweet bacon jam with the onion, rosemary and pepper is pretty irresistible.

1. Preheat oven to 425 F with rack in middle position.

2. Heat a large frying pan over medium heat. Add olive oil and onion and sauté until the onion is softened and lightly brown, about 10 minutes. Measure out 1/2 cup of cooked onions (use the rest for something else).

3. In a food processor, pulse flour, baking powder, baking soda, salt, sugar and pepper until combined. Scatter butter cubes across mixture and pulse until the mixture resembles coarse sand. Dump into a large bowl, add sautéed onions,  chopped rosemary and buttermilk and stir until the dough has mostly clumped together.

4. Transfer dough to a floured surface. Knead gently to combine into one mass. Using a floured rolling pin, roll dough out to a thickness between 1/2 to 3/4 inches. Cut out rounds with a 2-inch biscuit cutter. Gather the dough scraps, roll out the dough and cut additional rounds (repeat as necessary until all the dough is used). Place the dough rounds 2 inches apart on a baking sheet lined with parchment or a silicone baking mat.

6. Bake biscuits until golden and a knife inserted into center comes out clean, about 20 minutes. Serve warm.