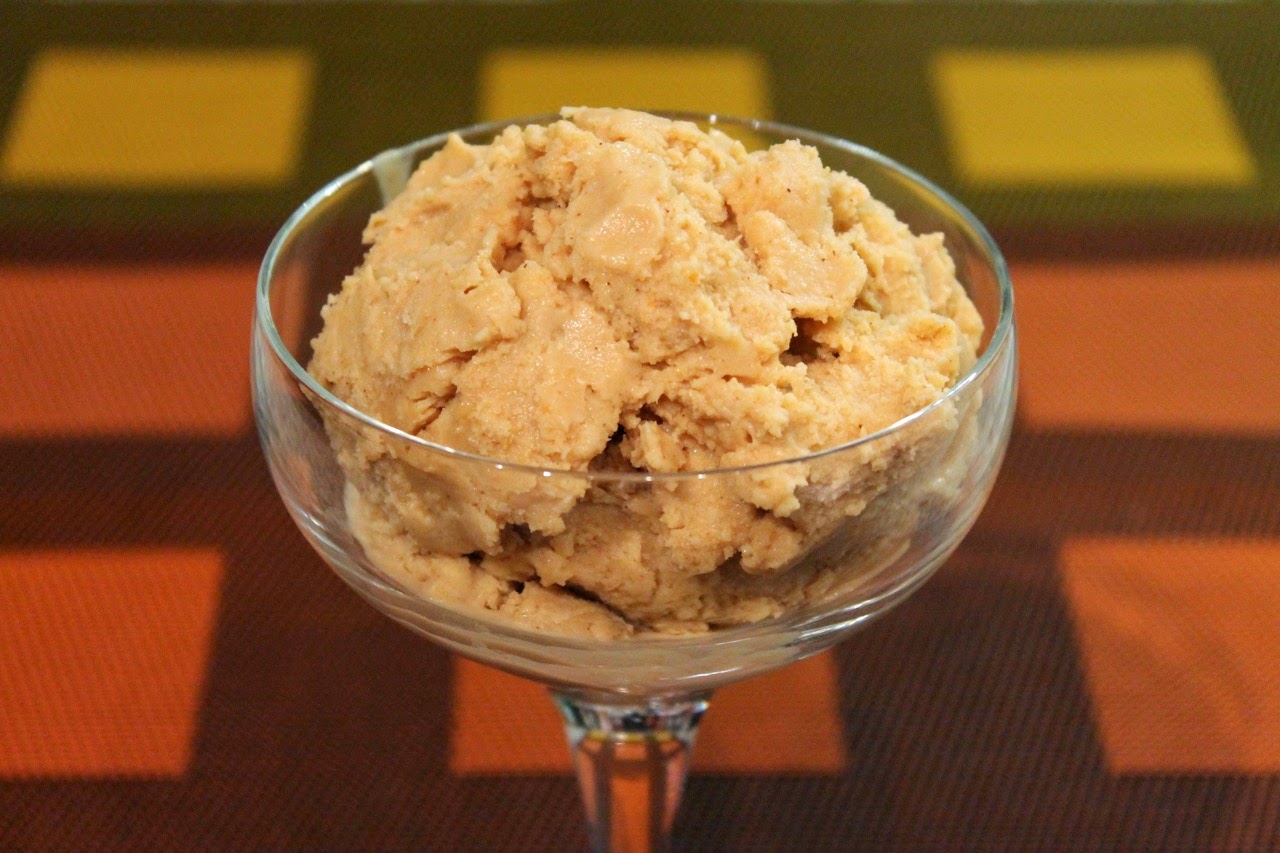 "Pumpkin spice" might be a dirty word to some, but to many, it's still a welcome flavor during fall and especially at Thanksgiving. This pumpkin spice ice cream uses a lot of the same spices you find in a pumpkin pie--cinnamon, allspice, ginger, clove and nutmeg--just in ice cream form.

The other ice cream, ginger and brown sugar, I made specifically to go with apple pie. Both recipes  use Jeni Britton Bauer's technique from her cookbook, Jeni's Splendid Ice Creams at Home.

1. In a small bowl, combine 2 tbsp. of the milk with the cornstarch, whisking with a fork until smooth.

2. In a large bowl, whisk together the cream cheese and salt. Add the pumpkin puree and honey and whisk until smooth.

3. In large (4 qt.) saucepan over medium-high heat, combine the remaining milk, cream, brown sugar, corn syrup and spices and bring to a boil. Boil for 4 minutes (watch carefully to prevent boiling over).  Remove pan from heat and gradually whisk in the milk/cornstarch mixture. Return to boil and cook, stirring frequently, for about a minute longer. Remove from heat.

5. Process the mixture in an ice cream maker until it is thick and creamy. Transfer to a container and freeze until hard, at least 4 hours.

5. Pour mixture into an ice cream maker and process until thickened and frozen, about 25 minutes. Transfer to a storage container and freeze fully in the freezer.

Apple Pie with Vodka Crust
Posted by Cook In / Dine Out at 12:00 AM