The last hour or so of cooking Thanksgiving dinner can be a little frantic. It's also when the guests generally arrive. As happy as you may be to see them, it's probably a good idea to keep them out from under foot while you finish reheating stuffing, mashing potatoes, whisking the gravy, etc. But shooing them out of the kitchen is no fun--use the carrot approach instead: entice them into the living room with a cocktail.

The cocktails below are easy to make and can be mixed in advance (if doing so, strain, then store in the fridge; don't store with the ice, since it will dilute the drink too much). The first two are markedly stronger than the second two, since they aren't cut with nonalcoholic mixers (soda and ginger beer). All of the drinks are inspired by flavors of fall and Thanksgiving: smoke, vanilla, sage, apples, ginger, etc.

This isn't really an Old-Fashioned or a Negroni, but the idea of whiskey with Aperol, sugar, bitters and an orange peel is a sort of intersection between those drinks. Then it's got a little vanilla and smoky Laphroaig Scotch as seasonal notes. I called it a "Bowery" because New York's Bowery Street runs through Little Italy (a nod to the Aperol) and the East Village (a part of town with a high concentration of great cocktail bars).

Combine whiskey, Aperol, vanilla syrup and bitters in a cocktail mixing glass. Add ice and stir until cold. Strain into a rocks glass with a single large ice cube. Pour the Scotch on top. Squeeze the peel over the drink to express its oils, then drop into the glass.

Note: To make vanilla syrup, split a vanilla bean in half lengthwise. Scrape the seeds into a saucepan and drop the split pod into the saucepan too. Add 1 cup water and 1 cup sugar bring to a boil. Reduce heat to low and simmer for 4 minutes. Allow to cool, strain out the vanilla pod and seeds (or leave in to infuse more flavor) and store in a container in the refrigerator. 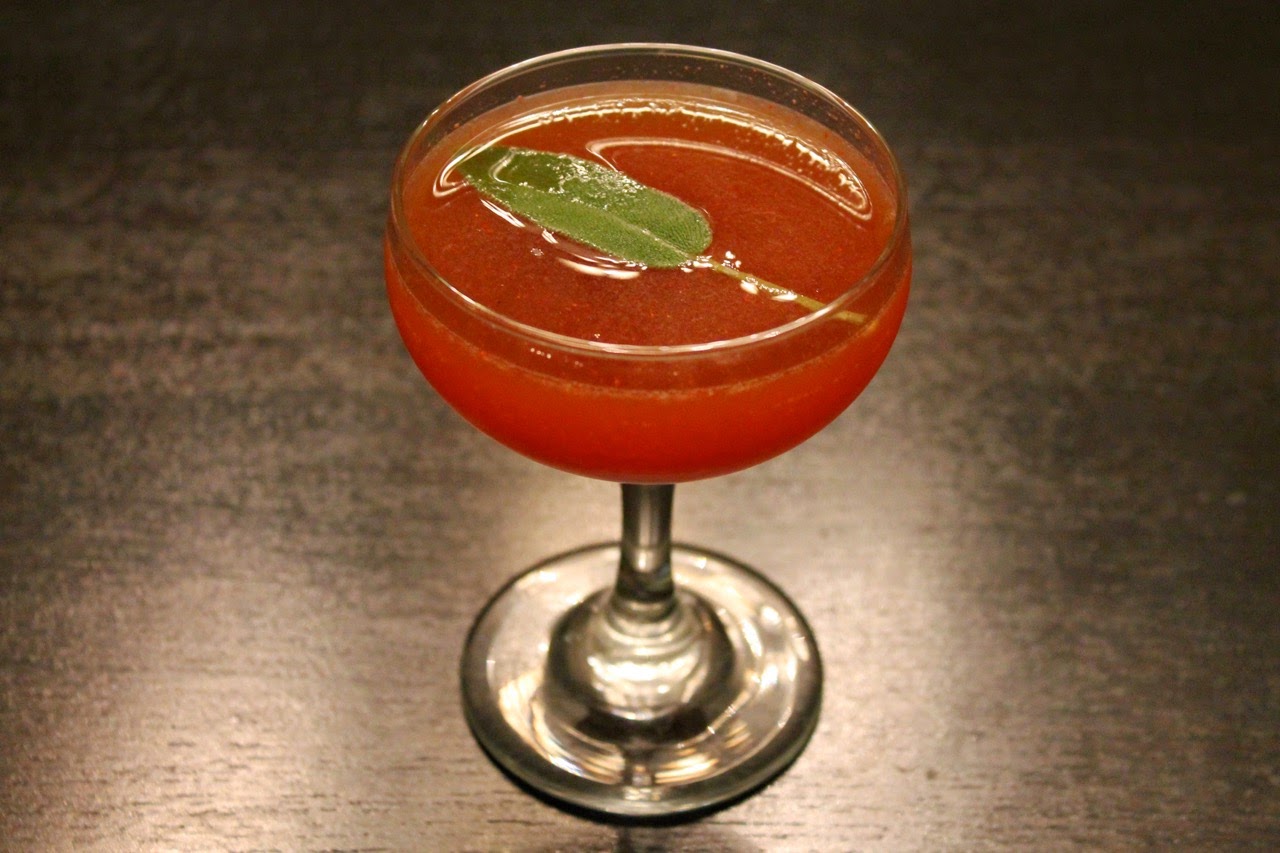 Sage is my favorite herb to use in Thanksgiving dishes. It goes nicely with squash and is essential to many stuffing recipes. And maple is such a nice cold-weather flavor. I made a few changes from the original recipe: I substituted an aged rum for the white rum and also muddled the sage leaves, since this helps release their flavor. Adapted from a recipe by by Ian Scalzo, Bourbon and Branch, San Francisco.

Combine lemon juice and 3 sage leaves in a cocktail shaker and muddle the leaves. Add the remaining ingredients, then fill with ice. Shake until cold. Strain into a chilled coupe and garnish with the remaining sage leaf. 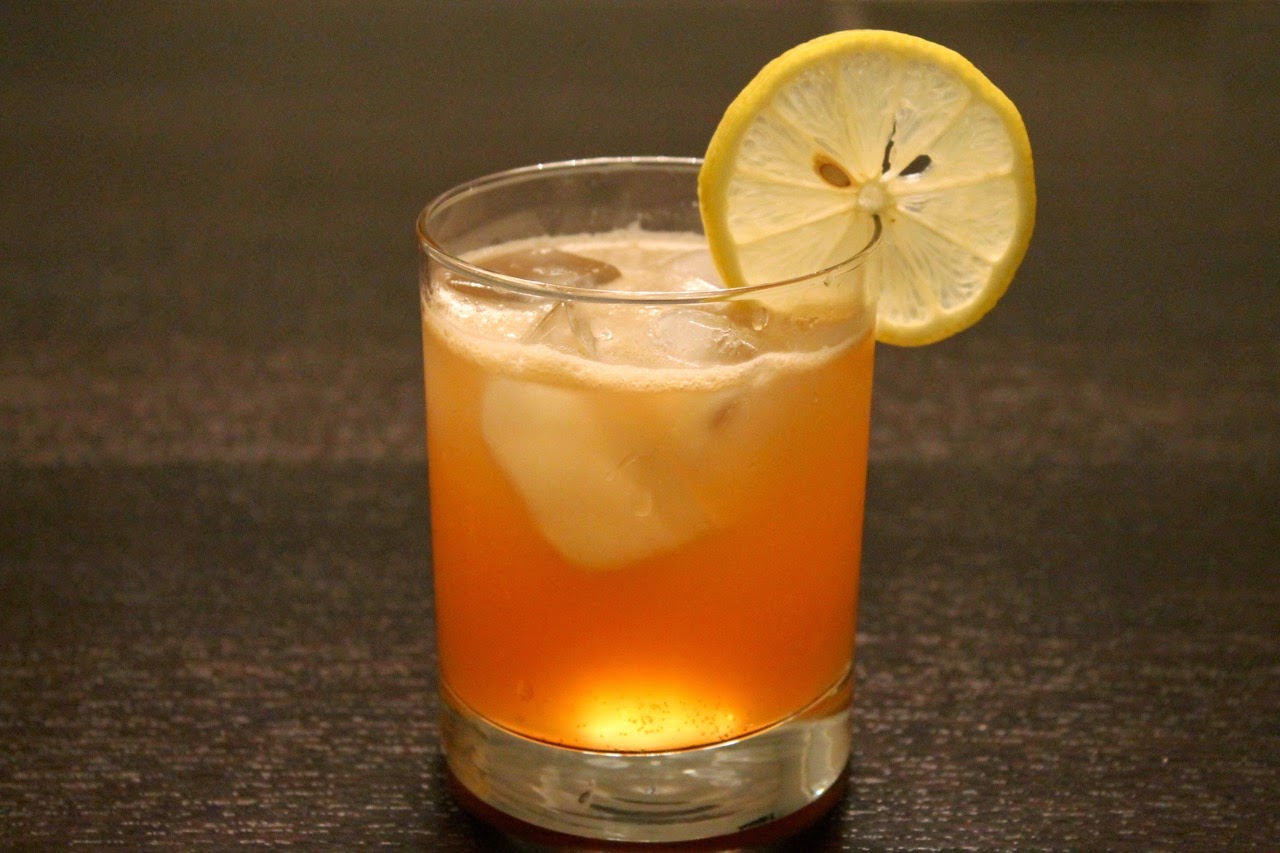 Apples go nicely with ginger. This recipe calls for Applejack, Laird's blend of apple brandy and other spirits. In contrast, the Apple Turnover cocktail below uses Laird's apple brandy, which is 100% brandy and a little higher proof.

Combine bourbon, Applejack, lemon juice, simple syrup and Angostura bitters in a cocktail shaker with ice. Shake until cold, then strain into a rocks glass with ice. Top with ginger beer and garnish with lemon wheel. 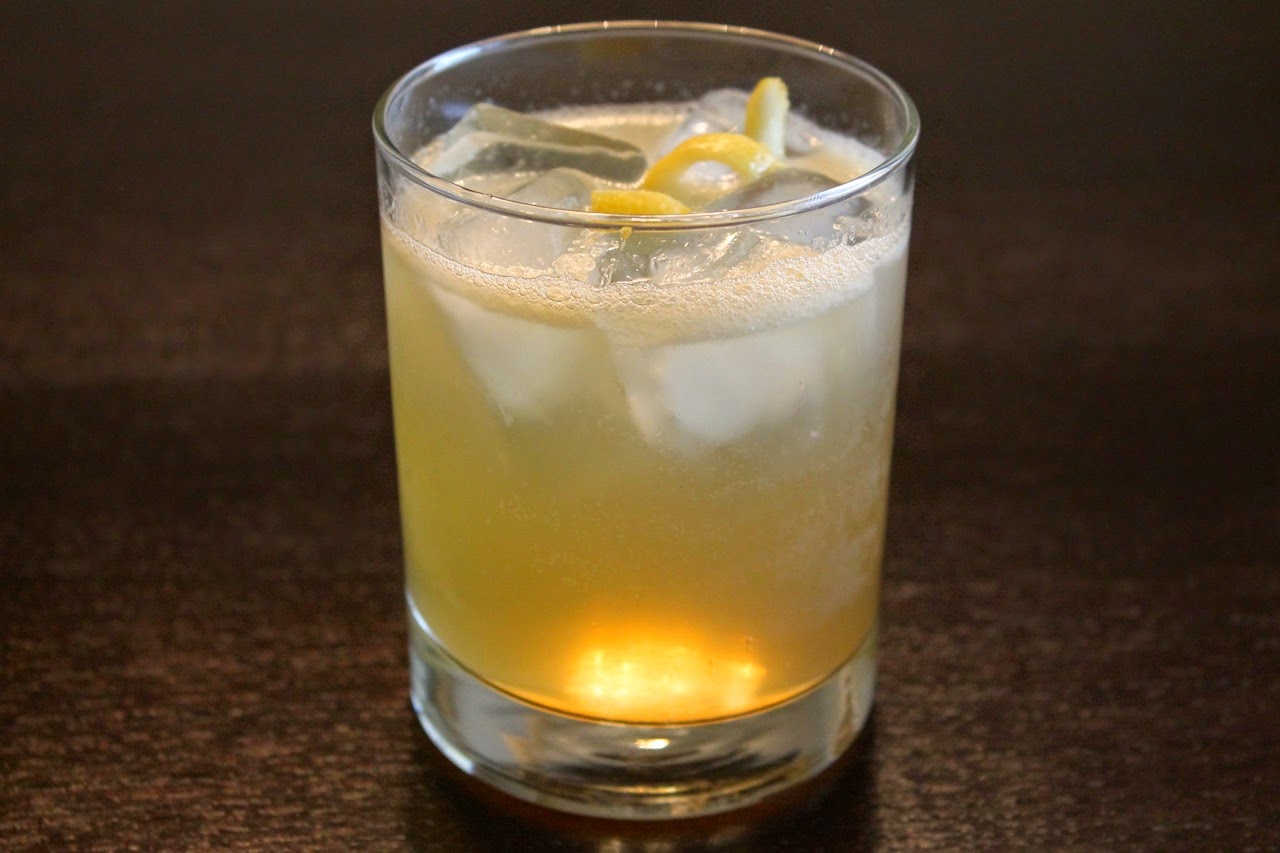 Apple, lemon and honey are also good fall combination, which, along with cardamom, are the key flavors here. I adapted this from the Union Square Cafe recipe for the Apple Crisp Cocktail, making enough changes that I thought a slight name change was warranted. I upped the bourbon from the original recipe and instead of infusing the bourbon with cardamom pods, I went the simpler route of using cardamom bitters. I also opted to serve it in a lowball (i.e. rocks glass) instead of a highball.

Combine bourbon, brandy, lemon juice and honey syrup in a cocktail shaker. Add ice and shake until cold. Strain into a lowball glass filled with ice. Top with club soda and garnish with a lemon twist.