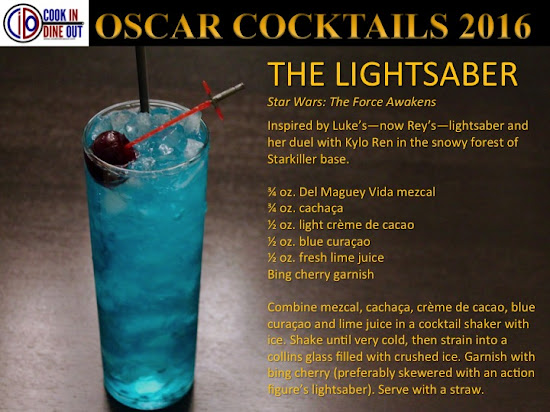 
Star Wars: The Force Awakens is the seventh live-action Star Wars movie, representing episode 7 in the cycle and set 30 years after 1983's Return of the Jedi. It tells the story of a young woman, Rey (Daisy Ridley), and a young man, Finn (John Boyega), who leave ordinary lives as a scavenger and trooper, respectively, to join The Resistance in battling the dark forces of Kylo Ren and the First Order. The film is nominated for five Academy Awards.

Alas, the latest Star Wars film was not nominated for Best Picture. But, I think it really should have been. After all, it's really great and wasn't nominating films that are both popular and acclaimed one of the reasons for expanding the best-picture slate beyond five films back in 2009? It's actually the first film in my lifetime that became the highest-grossing film of all time in the U.S. and was not nominated for Best Picture, an honor enjoyed by Avatar, Titanic, E.T. and the original Star Wars. So I had to make the movie one of my two bonus Oscar cocktails.

The Lightsaber is a tiki drink of sorts--it's colorful and fruity--but instead of rum, it has a split base of cachaça and mezcal, nodding to the smoke those hot lightsabers make as they slash through whatever finds its way in their path. It was Rey's journey I wanted to honor with this drink, specifically her picking up Luke's lightsaber to become the heir-apparent to the line of the Jedi. As much as possible, the drink itself looks like her lightsaber--it's blue and in a tall, thin, cylindrical glass. And her opponent in the movie's climactic lightsaber duel, Kylo Ren, shows up here too, since I used his action's figure's lightsaber as part of the garnish.