Guide to Mexican Restaurants in D.C. 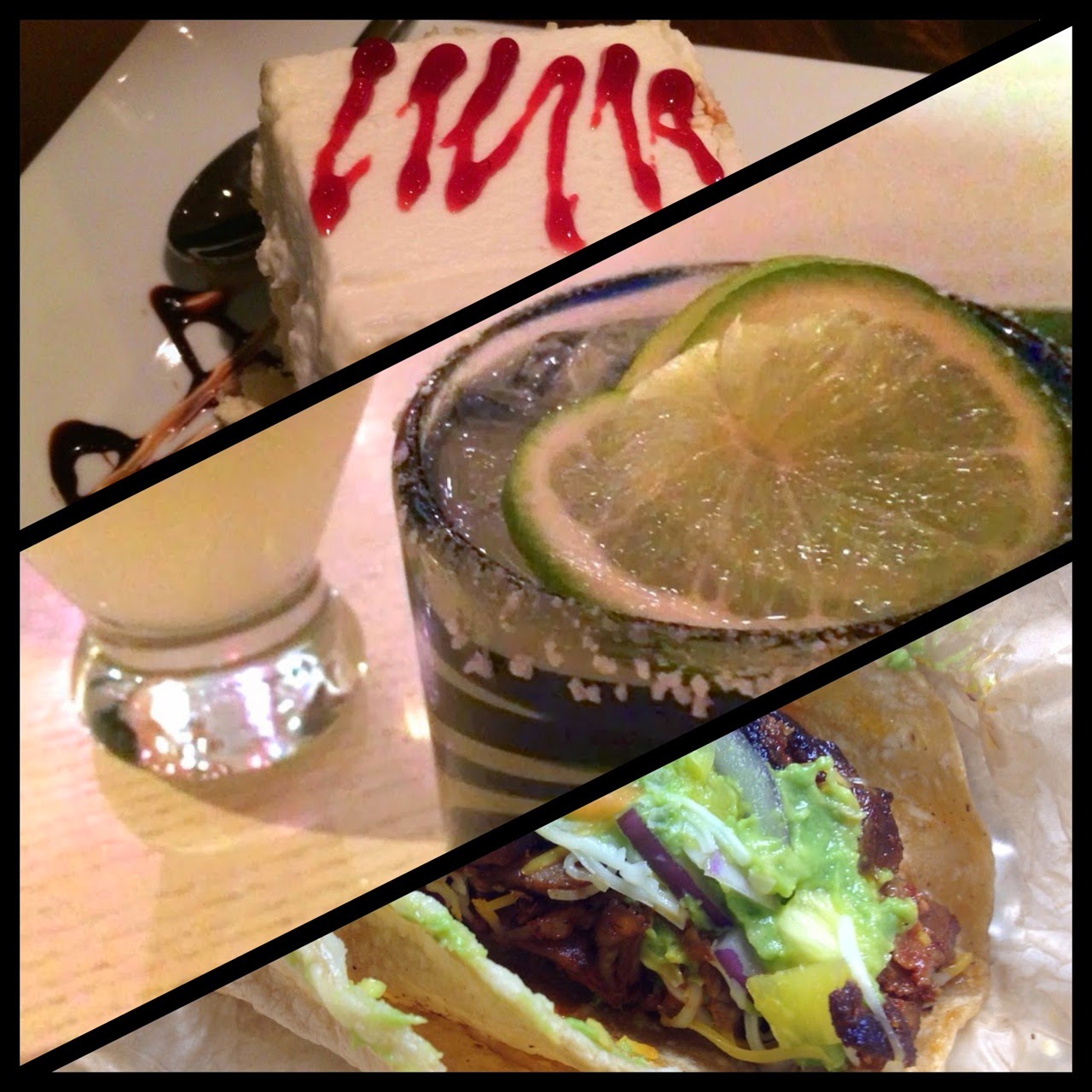 2015 Update: Since writing this, the Rosa Mexicano in Friendship Heights Casa Oaxaca, Diego and Mi Cocina have closed.

It's sad but sometimes true: it can be difficult to find good Mexican food in D.C.

Chris and I are big lovers of Mexican and Tex-Mex cuisine. When new Mexican restaurants open in the city, we excitedly head out to see what they offer. Unfortunately, we're usually disappointed. More so than other cuisines, Mexican seems to have a tough time here. And I'm not sure why. As the crowds at more popular outlets show, there is a strong market here for good Mexican food. Some may say it's because we're pretty far from the border, but we're certainly much much farther from Thailand, India and Japan, and there are amazing restaurants in D.C. serving food inspired by the cuisines of those countries.

That said, over the years we have found a few solid choices for good Mexicano food. We count ourselves as regulars at quite a few of the better choices in D.C. Below is a guide to the "best and the rest" of what D.C. offers in terms of Mexicano food. I've written about a few of these restaurants in the last few years, and the links to those posts are included below too. Of course, there are many more choices than what's represented here, including a few I'd really like to try, such as El Chucho in Columbia Heights and MXDC in downtown (which got a bad review from the Washington Post, but I would still be interested in trying it).

So what makes or breaks a good Mexican experience?

Margaritas can sink a Mexican restaurant fast, since they arrive early. The best ones of are made with fresh ingredients, but even those made with a mix can be enjoyable if prepared well. It's when they taste like gatorade or contain so little tequila that you can't taste (or feel) it, that you're looking at margarita failure. Oyamel, Rosa Mexicano and El Centro all make very good fresh margaritas, with Oyamel having a particularly inventive roster of options. I'll admit I have a soft spot for the slushy "frozen" variety of margaritas, the best of which can be had at Cactus Cantina and Alero.

Chips and salsa still arrive gratis at most Mexican restaurants, but, given what they say about first impressions, restaurants must still pay attention to what they're sending out. Chips should be fresh and robust enough to handle the salsa and guacamole served with them. Wimpy, stale chips are an automatic fail, as is excessively watery salsa. And it when it comes to guacamole, made-to-order is in, so if you're mixing you're guacamole in the morning these days, it's not going to hold a candle to what other restaurants are serving. Oyamel and Rosa Mexicano are the gold standards for fresh guacamole, but plenty of other restaurants are serving it now too. Guapo's recently added their own very good version, including a fun bacon-pineapple variation.

After those critical opening salvos, a good Mexican experience is marked by inventive dishes with fresh ingredients, skillfully grilled meats and thoughtful accompaniments. For example, I love restaurants that make their own tortillas. One of the reasons Guapo's has been a long-time favorite of ours is their homemade flour tortillas, which elevate their grilled fajitas above other Tex-Mex chains that buy tortillas. For a while, Rosa Mexicano was serving its guacamole with delicious homemade corn tortillas, but has unfortunately stopped that practice (I hope they bring them back).

I like a menu that showcases well-made Mexican and Tex-Mex favorites, but also makes room for other interesting options. Several of the city's Tex-Mex restaurants also include Cuban and South American dishes like Lomo Saltado, a Peruvian stir fry of beef and vegetables served with fries.

A caveat--I'm lumping Mexican and Tex-Mex together in this post, which is not unreasonable, but there are differences. A true Mexican restaurant is serving dishes that originated in Mexico, while Tex-Mex refers to an American cuisine that developed in Texas inspired by Mexican food. Given that these are all American restaurants, the line between the two can blur sometimes, plus many of these restaurants feature other types of Latin cuisines (and our city's top Mexican restaurant is overseen by America's most prominent Spanish chef).

Oyamel (my review). Is it a surprise that a Spanish-American chef who made his name with inventive Spanish-style small plates is also responsible for the city's top Mexican establishment? Perhaps, but José Andrés has proven time and again that he operates comfortably outside his own ethnic background, whether it be the Middle Eastern flavors of Zaytinya or the forthcoming Peruvian-Chinese fusion of China Chilcano. Among D.C.'s Mexicano restaurants, Oyamel is unique in many ways. It definitely leans more Mexican and less Tex-Mex, it's diverse menu stocked with favorites (more papas al mole please) and rotating seasonal offerings. And the freshly made margaritas are among the best in the city.

Rosa Mexicano (my review). This upscale chain originated in New York and has two locations in D.C. (Penn Quarter and Friendship Heights) It popularized guacamole freshly made tableside which, although I find a little annoying (just make it in the kitchen), it is really good. Rosa also boasts a wonderful array of freshly made margaritas, a decent smoky salsa and the city's best refried beans, which are black instead of traditional pinto.

El Centro D.F. Part of the Richard Sandoval restaurant family, El Centro D.F., located on 14th Street and in Georgetown, serves a variety of tacos, enchiladas and other Mexican favorites, similar in many ways to the type of food you get at Rosa Mexicano. Rosa is more convenient for me, but the few times we've visited El Centro, we've enjoyed it.

Cactus Cantina. Upper Northwest is home to three great Tex-Mex restaurants. Sure, they don't offer much in terms of innovation, but when I need a fix of satisfying grilled fajitas and a frosty frozen margarita, I go to one of these three places. Lately, I've rediscovered Cactus Cantina, the less-bustling Cleveland Park sister restaurant of Dupont Circle's Lauriol Plaza. The margaritas are tart and sweet but not too much so and have just the right amount of tequila. Also love the vegetable-heavy chicken fajita option for Sunday brunch.

Guapo's. Further up Wisconsin Avenue in Tenleytown is Guapo's, one of the first Tex-Mex restaurants I discovered make their own flour tortillas. Guapo's grilled meats are particularly good, and their chef's specials are interesting too, particularly the tender masitas de puerco al horno, a plate of falling-apart pork shoulder served with fried plantains and vegetables. The frozen margaritas do tip the sweetness scale, but don't taste artificial.

Alero. When we lived in Cleveland Park, Alero was our regular Mexican hangout. It's here I sampled my first tres leches cake. I also like that their menu features carnitas fajitas option when I'm in the mood for pork. I definitely prefer the Cleveland Park location over the too-busy U Street outpost.

District Taco (my review). For simple tacos crafted from quality ingredients, you could do worse than to visit this downtown taqueria that started as a food truck. Definitely spring for the corn tortillas and al pastor with rotisserie pork and chopped pineapple.

Chipotle Mexican Grill. I know, this is a national chain, but I fell in love with it in D.C., which saw its first Chipotle open in 2000 and aggressive expansion ever since (there are now 14 in the city, plus more in the suburbs)

Austin Grill. I used to really love Austin Grill, but lately it's lost its luster. A menu revamp a few years ago removed my favorite dish, mole enchiladas, which was disappointing. On the plus side, they do have good tortilla chips, robust enough to hold up to thick smoky salsa.

Bandolero (my review). Mike Isabella, whose first restaurant, Graffiato, I love, opened this Mexican establishment in Georgetown a few years ago, but has since distanced himself from the project. In hindsight, that's not such a bad move, as we were underwhelmed by the experience, which delivered great tacos and margaritas but also other dishes of mixed quality.

Casa Oaxaca. I had high hopes we would enjoy this Adams-Morgan establishment, as its menu reads more authentically Mexican. The moles are the reason to go, and the sauces were very good, but the chicken they were served with was not very interesting. While the large margaritas may look exciting, the excitement ends with the first sip. Was the tequila merely waved in their direction? After two of these each, we felt no buzz at all.

Casa Fiesta. This Tenleytown restaurant, better known for its punk rock concerts than its food, recently revamped its menu--unfortunately, to remove the more interesting Salvadorian dishes they used to feature. We stopped in recently and sampled their by-the-book fajitas and margaritas that disappointed with the obvious flavor of sub-par mix.

Crios. We wandered in here with friends about a year ago. We haven't wandered back. There was nothing special about the food in this Dupont Circle sister restaurant of Scion, and the uneven service needed work.

Diego (my review). Diego is not a bad place, although not special enough to justify a visit if you don't live nearby and have good Tex-Mex in your neighborhood. Unfortunately, the recent departure of the restaurant's notable chef meant the more interesting dishes also departed the menu.

Lauriol Plaza. If you're older than 25, there's probably no reason to go here. Check out Cactus Cantina instead, which has similar food without the ridiculously long wait.

Mi Cocina. Not in the city, but just across the border in the Maryland portion of Friendship Heights, this chic Tex-Mex restaurant counts high-end retailers such as Christian Dior, Cartier and Tiffany & Co. as its neighbors. If only the food was as luxurious. Nothing was particularly memorable, and the margaritas were neither cold nor well mixed. And "attitude" is not something any server should strive for.

There are still others I'd like to try. I've heard good things about the Columbia Heights taqueria, El Chucho and, although the Post wasn't that into MXDC, I'd still be up for giving it a try.