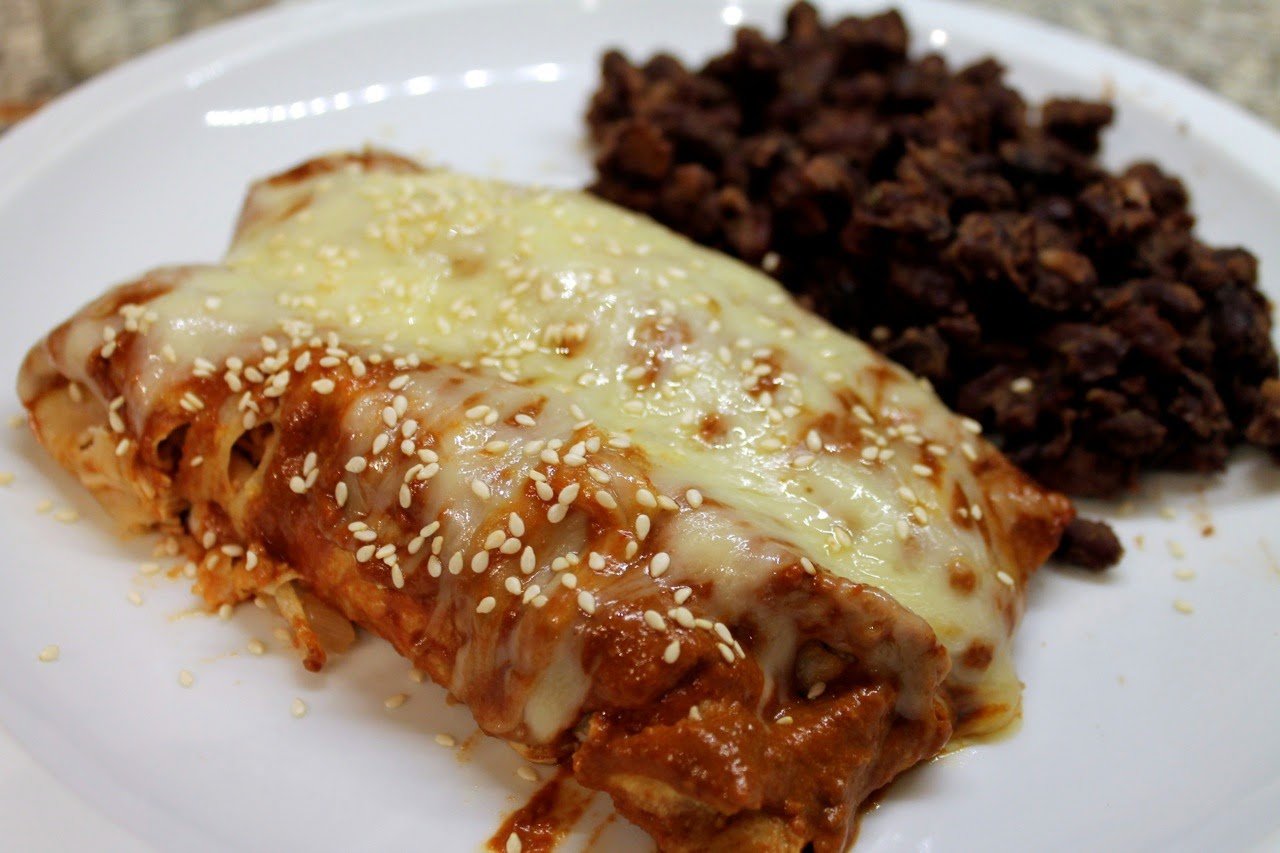 For many years I've loved mole sauce, the spicy concoction from the Oaxacan region of Mexico. It's often served over enchiladas and it's often rather complicated: a mix of toasted and ground spices, chiles, nuts and chocolate.

I found this mole recipe in Robb Walsh's The Tex-Mex Cookbook, and it's comparatively simple with 13 ingredients, compared to the 29 in the recipe I came across when Googling "traditional mole recipe."

A surprising fact about mole: it doesn't take long to cook--about 15 to 20 minutes total, making it the fastest component of this dish. Despite this short cooking time, the mole had a wonderful depth of flavor that was just what I was hoping for. 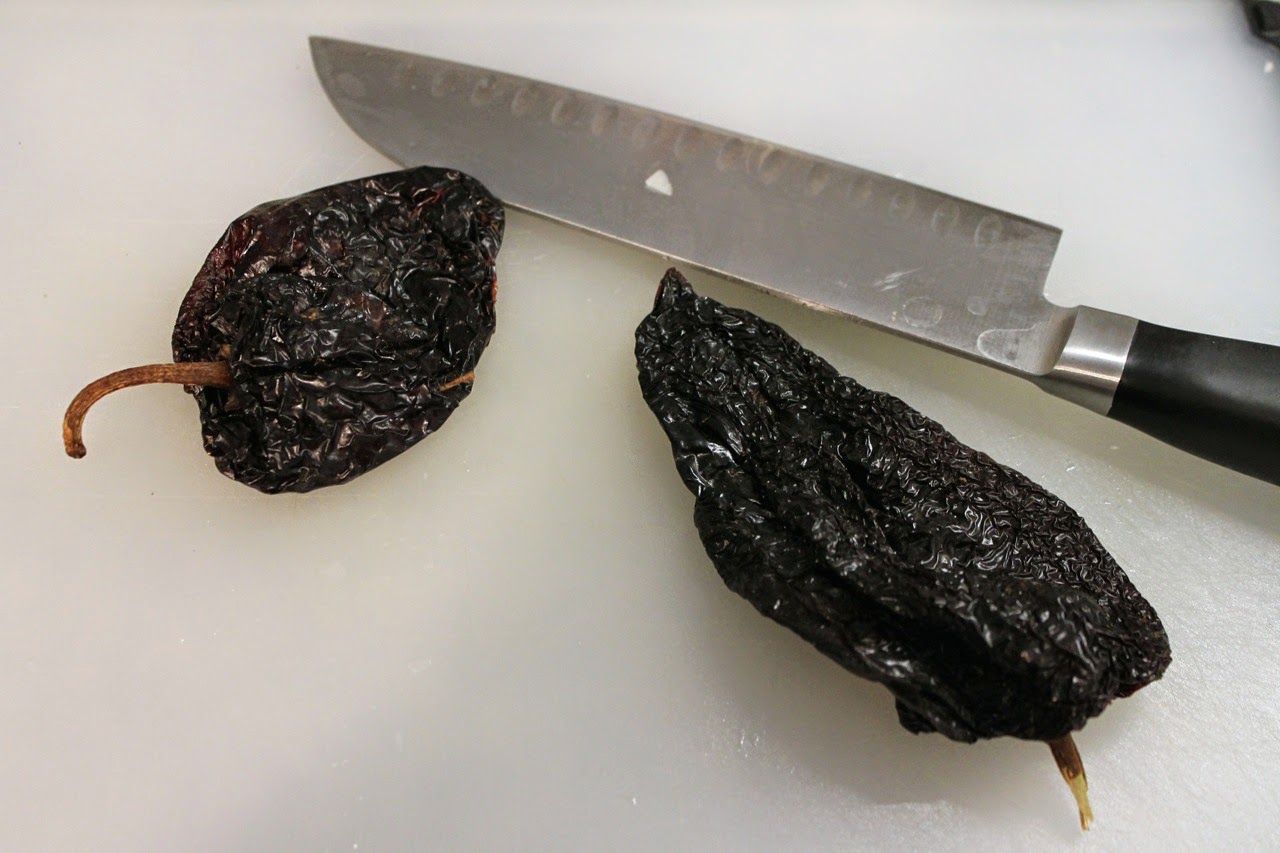 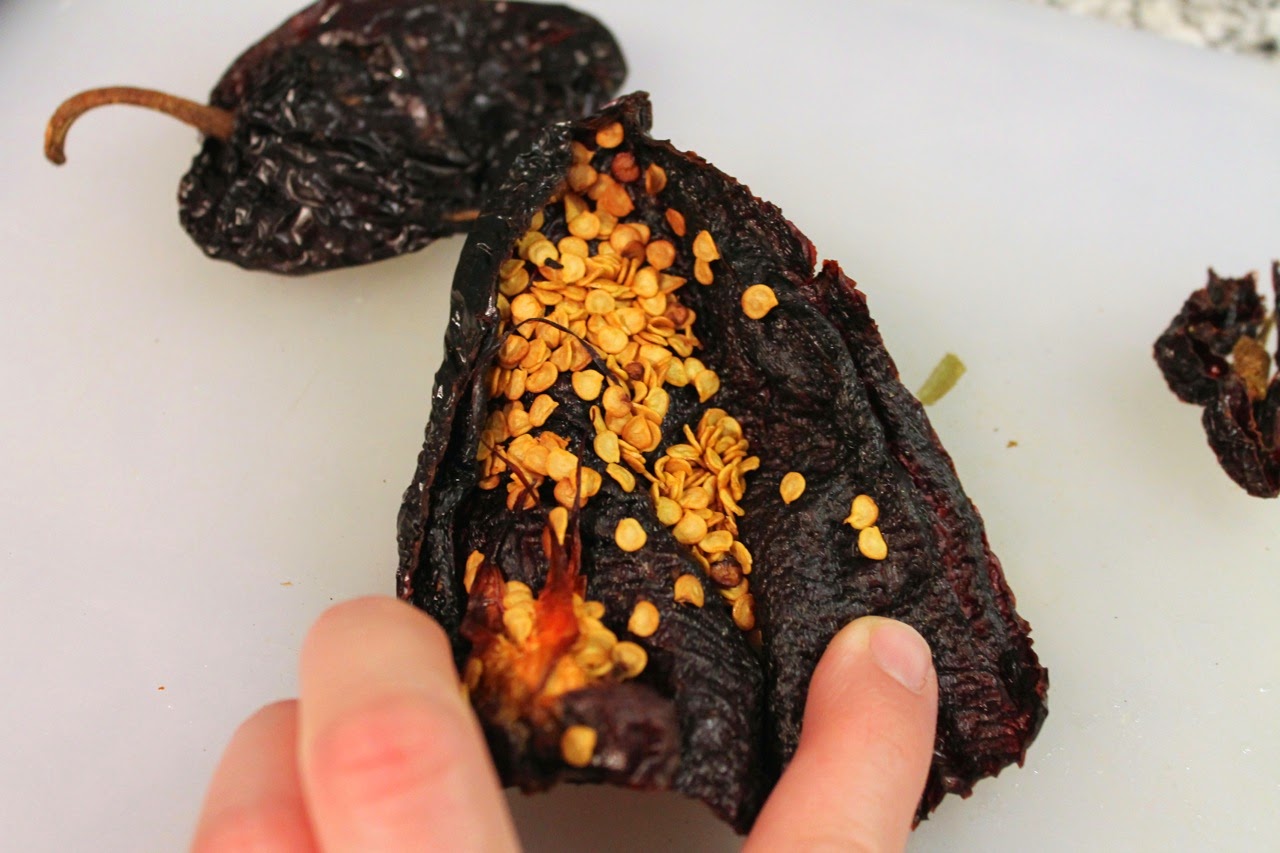 I actually pared the ingredients back a bit more because I couldn't find a dried guajillo or pasilla chile, so I used two ancho chiles instead, which are far less spicy than I imagined they would be. To prep them, use a paring knife to split them open and the scrape the seeds out with a spoon (discard the seeds).

For anyone who loves Mexican food which, in the United States is often really Tex-Mex food, Walsh's cookbook is a great read, providing a lot of background on the origins of Tex-Mex cuisine and a solid argument for why it should be considered a proper culinary tradition and not an illegitimate Americanization of true Mexican dishes. 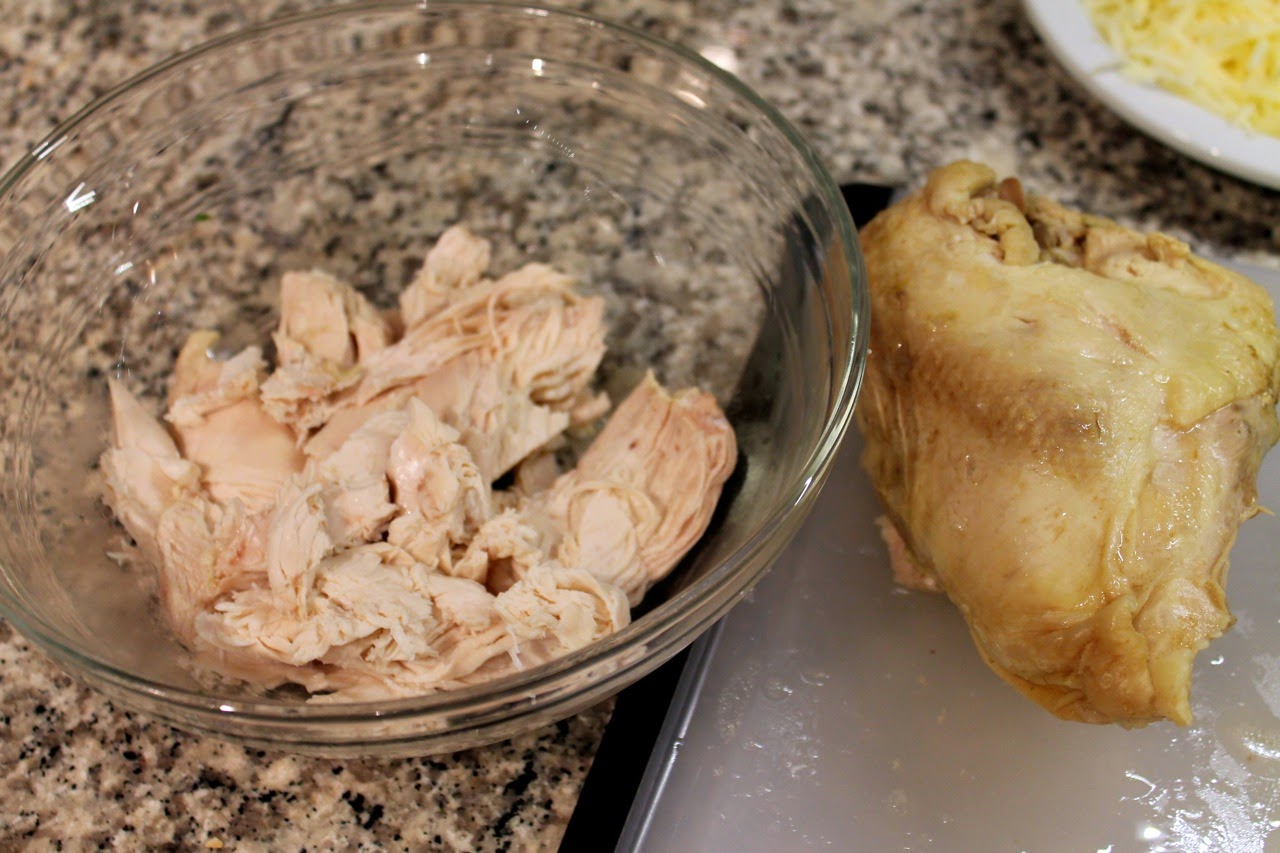 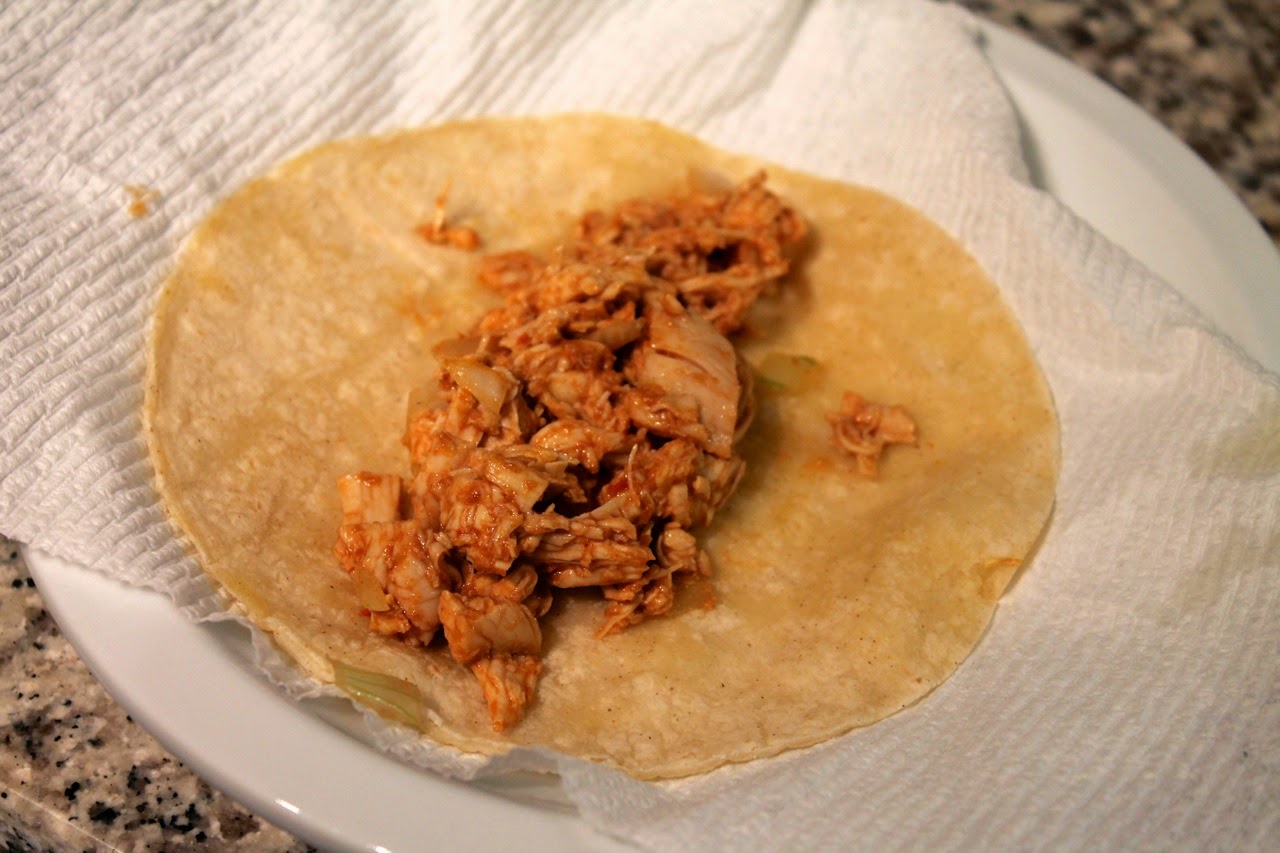 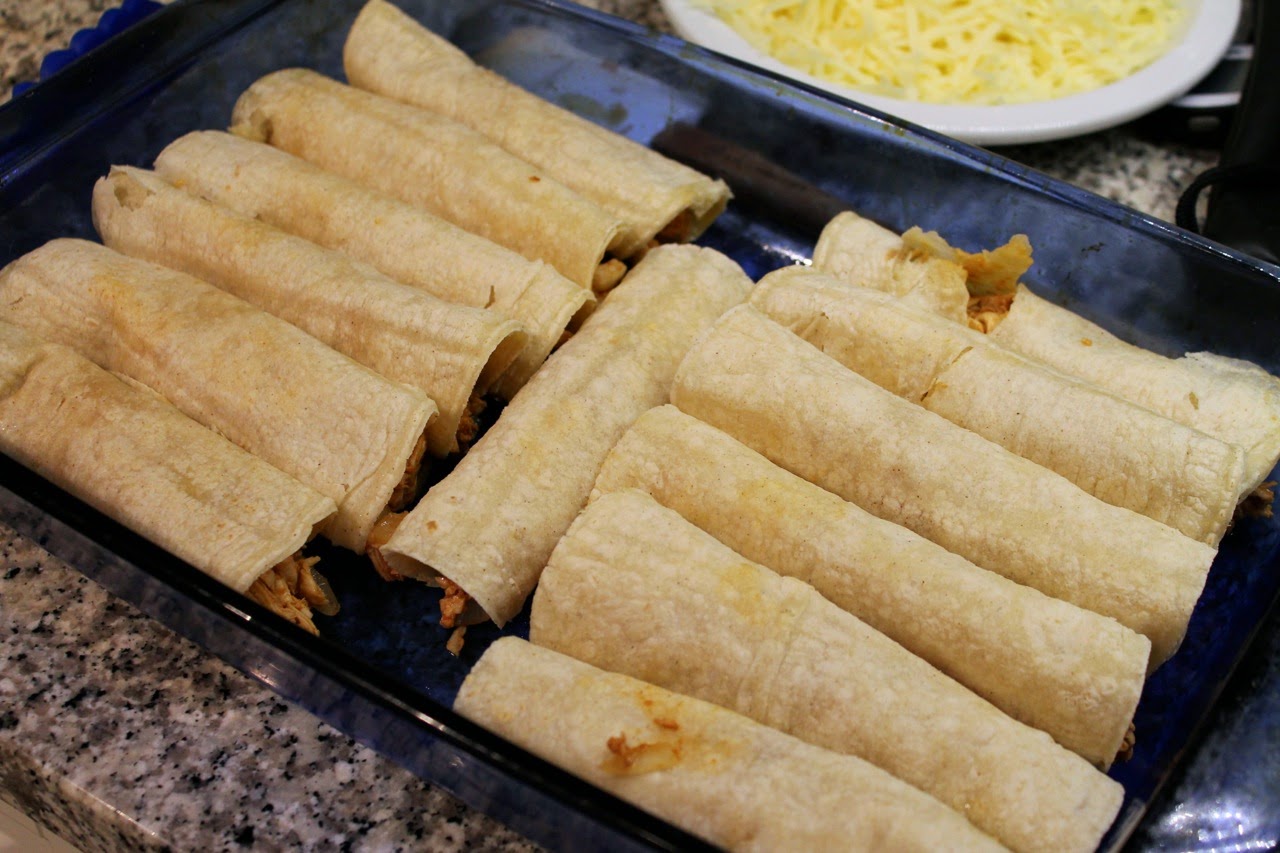 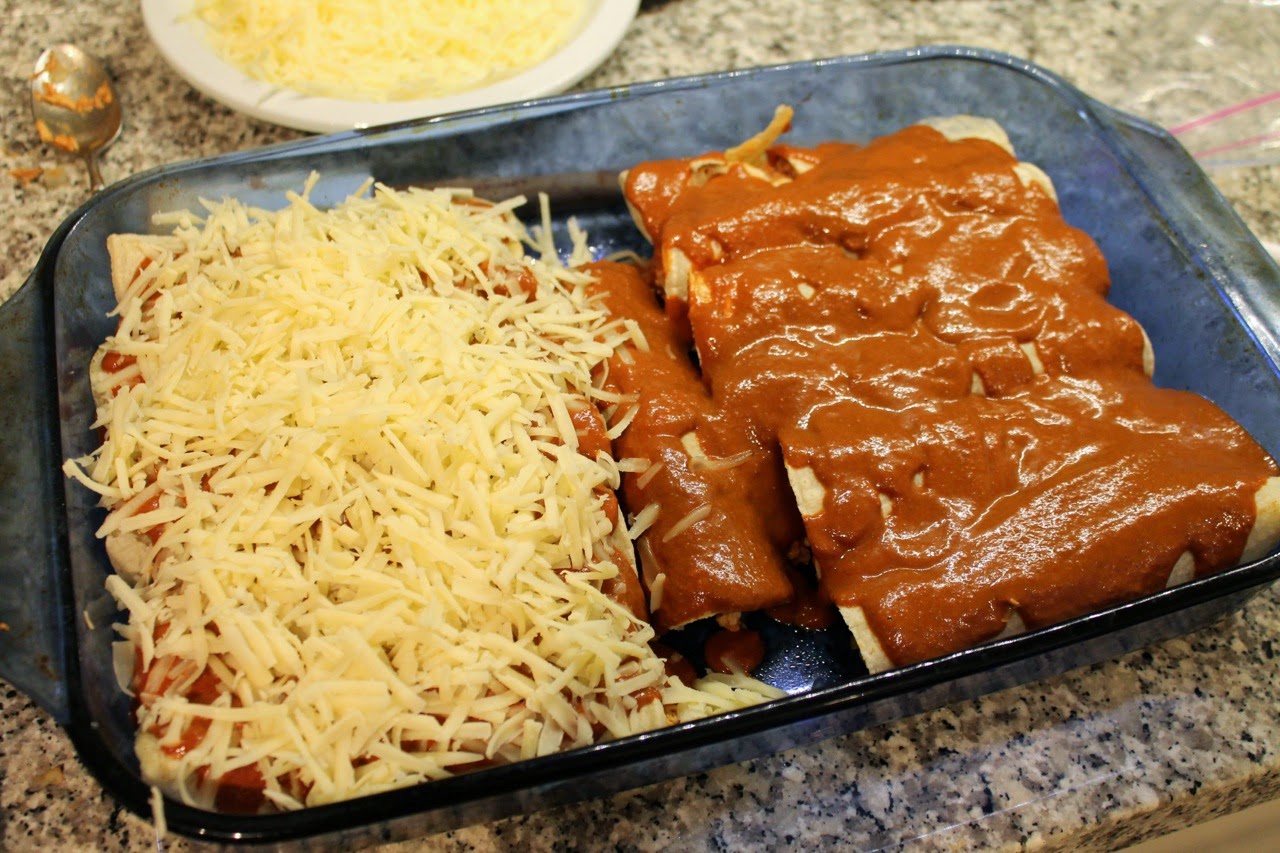 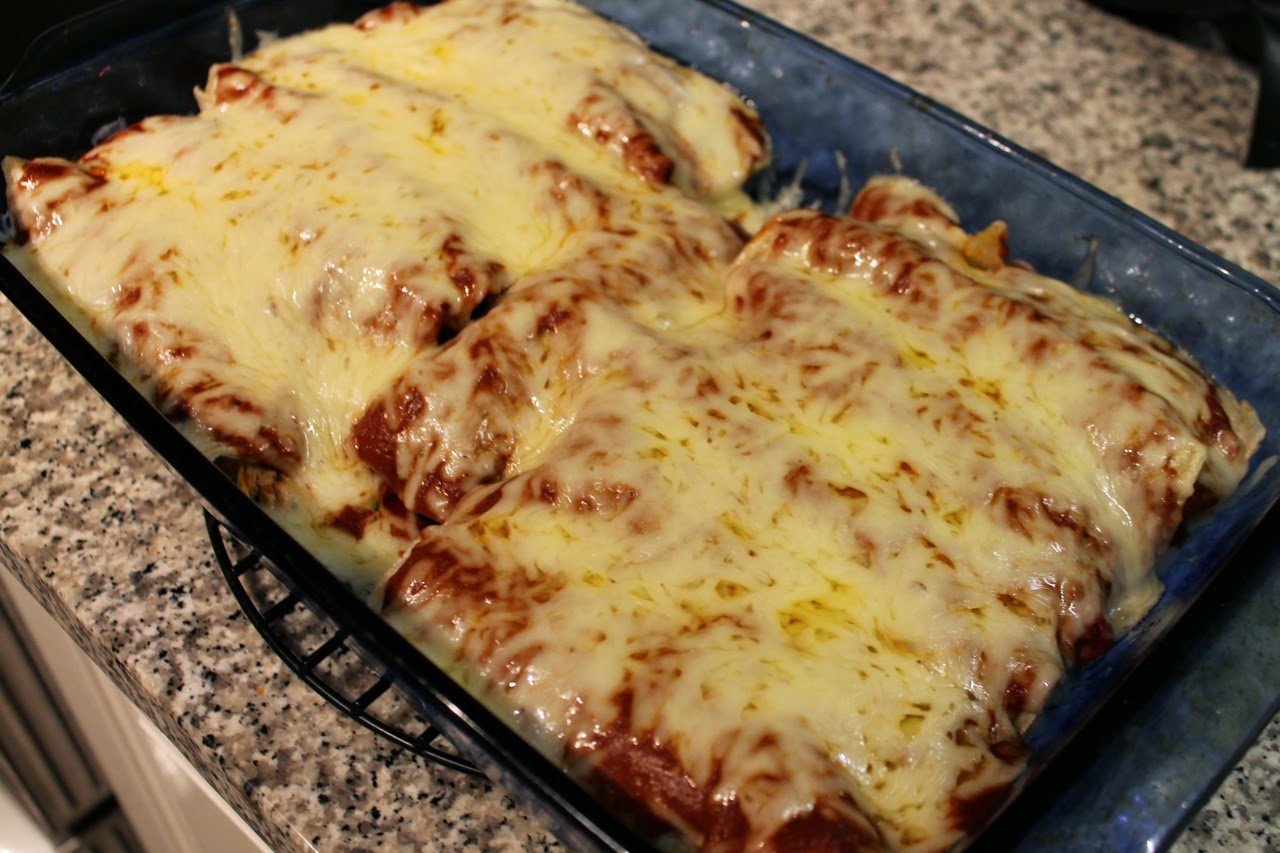 1. bring chicken broth to boil in a large pot. Add the chicken, onion, garlic, peppercorns, bay leaf and cumin. When the mixture bubbles, reduce heat to medium and simmer for about 25-30 minutes until the chicken is cooked through. Remove the chicken, allow it to cool a bit, then shred it with a fork and set aside.

Make the mole (while the chicken cooks):

2. Heat olive oil in a medium saucepan over medium heat. Ass the garlic and onion and sauté until softened, about 5 minutes. Add the tomatoes, chiles, chocolate, sesame seeds, peanut butter, sugar, crackers and chicken broth. Simmer the mixture for 5 minutes then remove from heat.

3. To puree the mixture you can do the following: 1) transfer to an appropriate container and blend with an immersion blender until smooth (my immersion blender can with a tall plastic container perfect for a job like this), or 2) transfer to a regular blender and blend until smooth. Season with salt to taste. Use immediately or store in the refrigerator for up to 1 week.

5. In a small frying pan, toast the sesame seeds over medium-low heat until fragrant.

6. Heat olive oil in a medium frying pan over medium heat. Add onion and sauté until softened, about 5 minutes. Add the chicken and cook until heated through, about 2-3 minutes. Remove chicken and onion from heat and transfer to a bowl. Add 1/2 cup of mole sauce to the shredded chicken and toss to combine.

7. Heat a small frying pan over medium heat. One-by-one, toast each tortilla in the pan for about 10 to 15 seconds to soften them. Divide the chicken mixture among the tortillas, roll them up and place them seam-side down in a greased 9 X 13 baking dish. Pour the remaining mole sauce over the enchiladas then top with shredded cheese. Bake for 12 to 15 minutes until bubbling hot. Serve garnished with toasted sesame seeds.
Posted by Cook In / Dine Out at 12:00 AM