The Bar Book by Jeffrey Morgenthaler 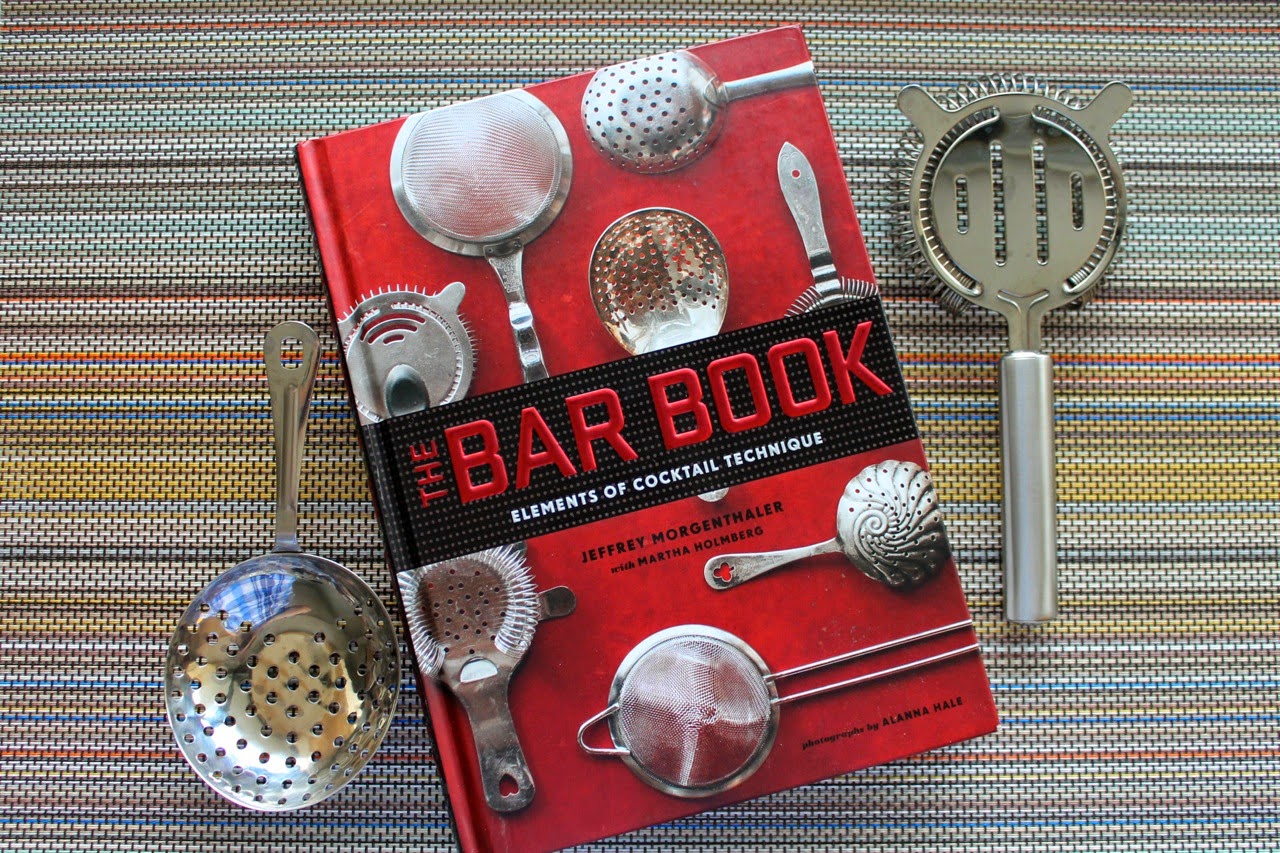 In the last few years, my bookshelf has become home to a good number of books on cocktails, in addition to the many other volumes on food and cooking. At this point, I feel I need to be judicious about adding only titles that provide something essential my collection was previously lacking.

Jeffrey Morgenthaler's The Bar Book (co-written with Martha Holmberg) easily meets that criterion. Written to focus on technique, rather than drink recipes, The Bar Book fills a unique and critical niche in the world of cocktail writing.

If some bartenders fancy themselves a bit like magicians--they do, after all, often share key traits like the bag of tools, the showmanship, the fancy mustache--then Morgenthaler's book demystifies some of the magic by explaining the tricks in a format that is accessible, well-written and surprisingly scientific. Among the cocktail books already on my shelf, it has the most in common with Kevin Liu's Craft Cocktails at Home, last year's engaging exploration of cocktail science and technique. When Morgenthaler explains things like carbonation and infusions, complete with molecular notations and diagrams, flashbacks of 11th Grade chemistry may ensue.

That's not to say the book isn't approachable, as Morgenthaler employs a conversational style that's instructional but also personal. His writing is also grounded in the current movement of contemporary  bartenders who have reshaped the profession to focus on its roots as a skilled craft. Take the mint julep, for example, which was my introduction to Morgenthaler's writing when I came across his blog's post on the classic drink, in which he "rebuts" what he calls "the most horrific excuse for a Mint Julep" with a video showing how he thinks it should be done (the recipe is included in The Bar Book). It's a good example of how today's bartenders are working at bringing back the traditional way of making many drinks without the sticky, processed additions of things like sour mix and commercial soda pop.

Yet Morgenthaler isn't opposed to innovation either. Although he includes instruction for creating a sugar rim on glasses, he prefers to omit this step from the classic Sidecar cocktail and instead adds a little simple syrup to balance the drink's sweetness in the glass, a smart move in my opinion (check out my post today on his version of the Sidecar).

Morgenthaler's focus on technique means that even if you're an experienced cocktail-maker, you're bound to learn some new things, including better ways of doing things you already know. Already, I've revised some of my key practices, like how I shake drinks (horizontally, rather than vertically) and adding ice to the mixing glass after the liquid ingredients instead of before. He explains the reasons behind these decisions in detail, such as the ergonomic reasons for pouring a certain way. He also values measurement, which gets its own chapter, even when those around him disdain such precision for free-pouring. That image of the cavalier bartender sloppily pouring and sloshing around a bunch of drinks at once? That ain't Morgenthaler.

Another way The Bar Book isn't like most cocktail book is that it's an engaging cover-to-cover read. In addition to providing many helpful hints and tricks, narratives between the technique writing provide insights into the world of bartending and Morgenthaler's journey from University of Oregon architecture student to running the celebrated bar at Portland's Clyde Common, which was nominated this year for the James Beard Award for best bar program. Along the way, he drops the names of many other bartenders he clearly admires. His writing even takes on a bit of poetry, such as his description of how to mix drinks in a blender: "the perfect amount of ice will produce a central vortex, with distinct curves of drink flowing into it, almost like pillow of drink folding into each other." Doesn't that just make you thirsty for a good Piña Colada?

He also reveals some dark undercurrents in an industry that has gained much traction in recent years, like that some young bartenders are "often conditioned to respond to their guests' joy with disdain," a troubling revelation for a service-based industry.

Having written a cocktail blog for many years, Morgenthaler was already an experienced writer, and it shows in the style for The Bar Book, written in a voice that's knowledgeable but not condescending. As much as I bought the book to read about techniques, I loved the stories he wove throughout the book. If Morgenthaler ever decided to write a memoir, it would surely be an engaging, revealing read. Something to savor while sipping a Spanish Coffee perhaps.
Posted by Cook In / Dine Out at 12:01 AM