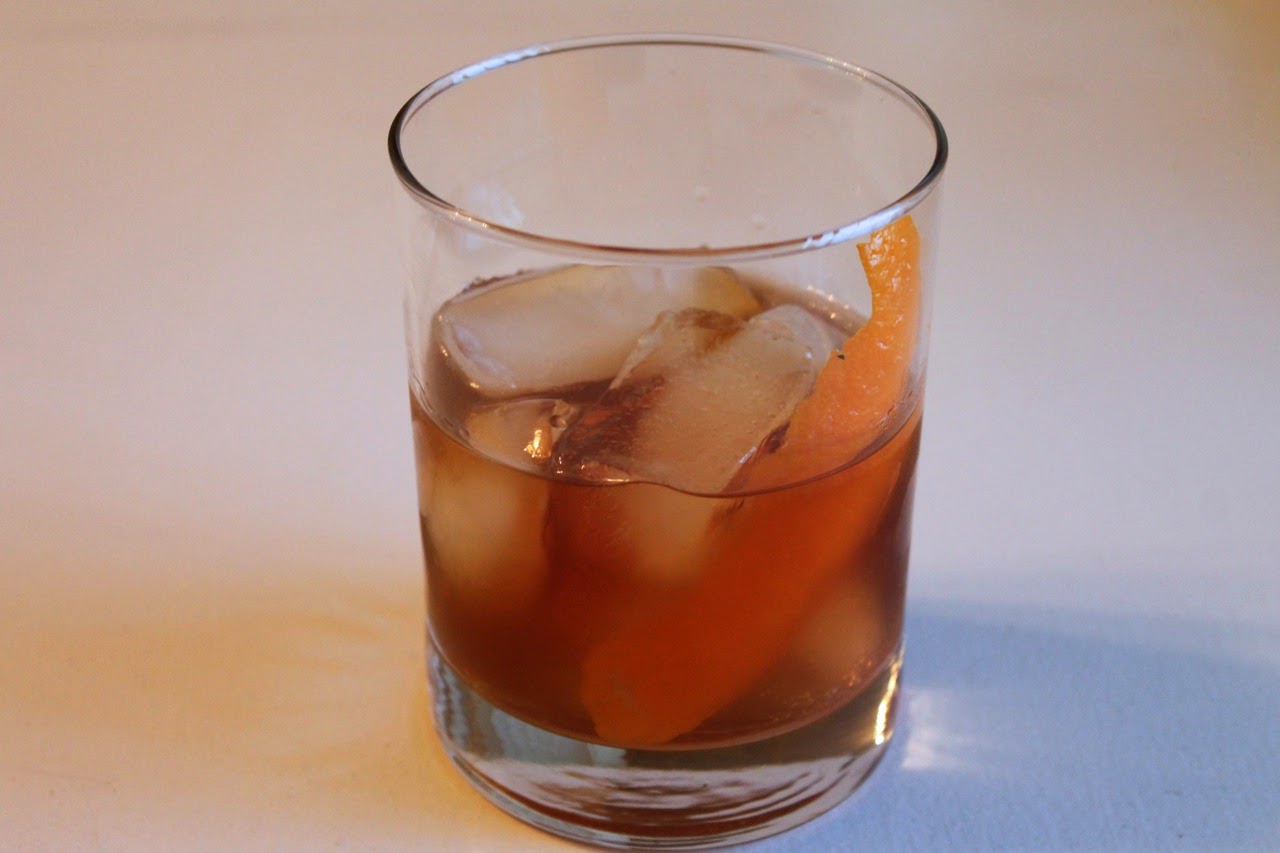 This Barrel-Aged Berlioni comes from Greg Henry's book, Savory Cocktails. Henry adapted the recipe from the Berlioni recipe in Jim Meehan's PDT Cocktail Book. Meehan writes that the Berlioni was created in 2004 by Gonçalo de Sousa Monteiro for the Victoria Bar in Berlin as a riff on the Negroni (get it? Berlin + Negroni = Berlioni). The PDT Berlioni is a simple drink of gin, Cynar and dry vermouth.

Henry pushes the drink in a more savory direction by making it with barrel-aged gin, a gin that takes on the smoky, vanilla notes of a whiskey due to its barrel aging (Washington Post spirits writer M. Carrie Allan had a great story about barrel-aged gin earlier this year). Few makes a barrel-aged gin that I've found in D.C. liquor stores. 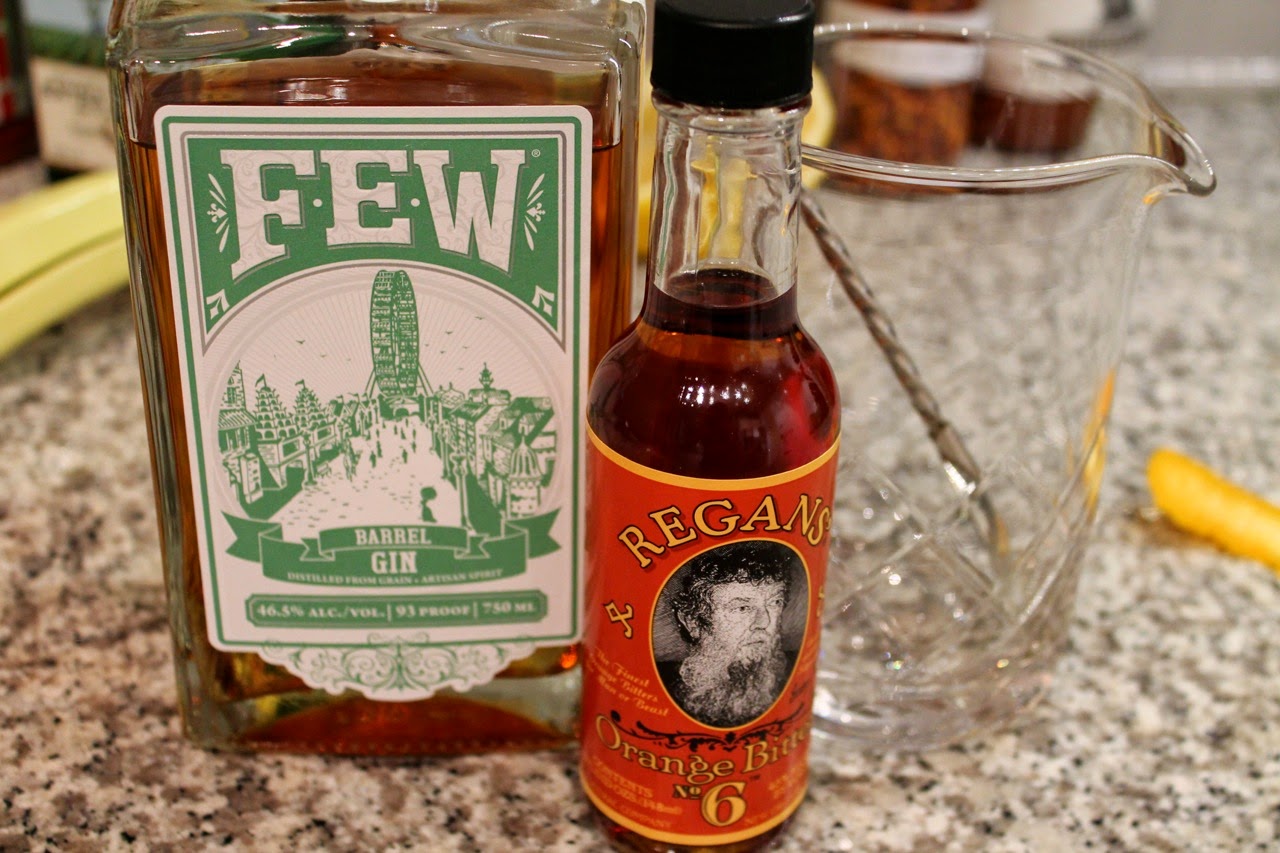 The orange bitters I used are Regan's Orange Bitters No. 6, a product created by Gary "Gaz" Regan in 2005 following years of experimentation with orange bitters recipes (you can read about it on his site). 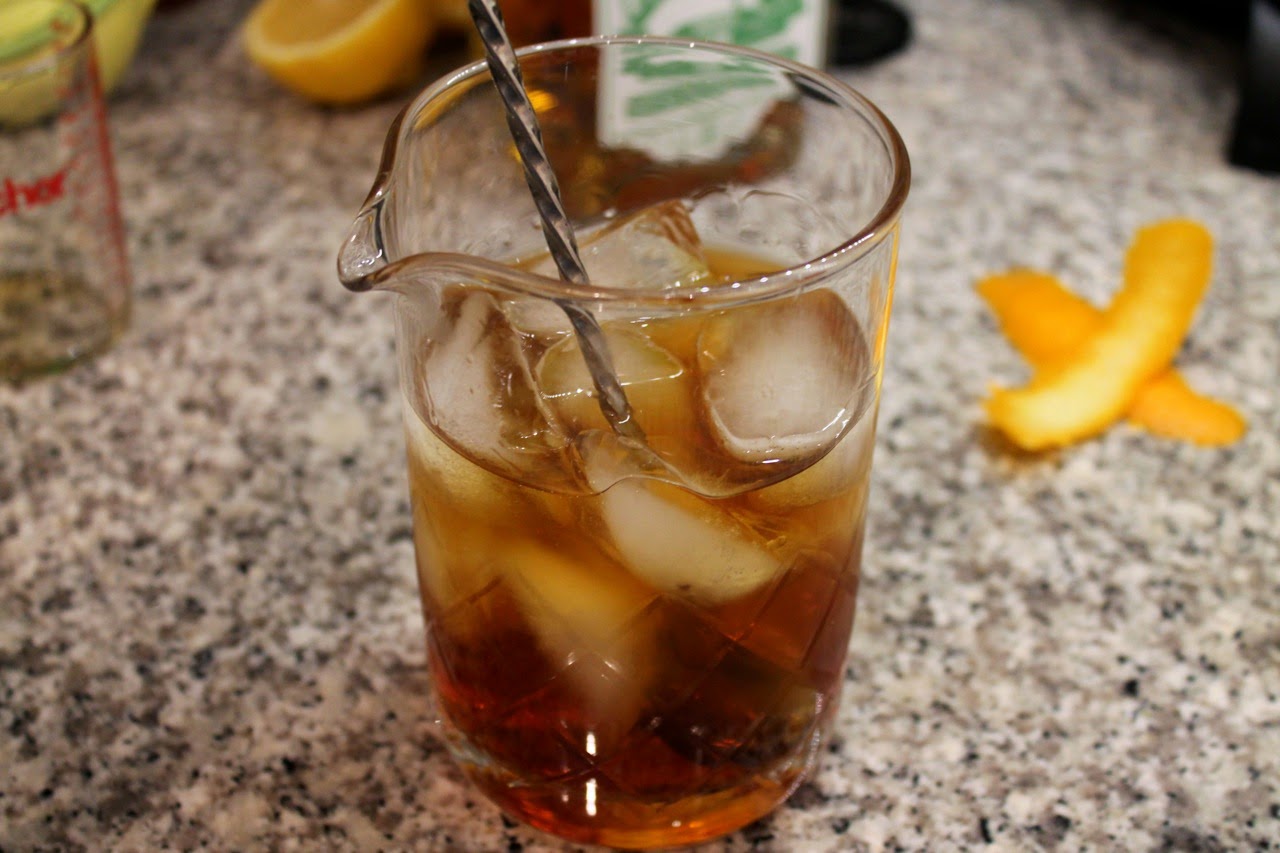 Lastly, I want to show off my new proper cocktail mixing glass, the Seamless Yarai Mixing Glass. Isn't it lovely? No more mixing stirred cocktails in half of a Boston shaker!

Combine gin, Cynar, vermouth and bitters in a cocktail mixing glass. Fill with ice. Stir until chilled and diluted, about 20 seconds. Strain into a rocks glass with ice. Garnish with orange peel, squeezing the back of the peel over the drink to express its oil onto the surface of the drink, rubbing the peel on the rim of the glass and dropping it into the drink.
Posted by Cook In / Dine Out at 12:00 AM