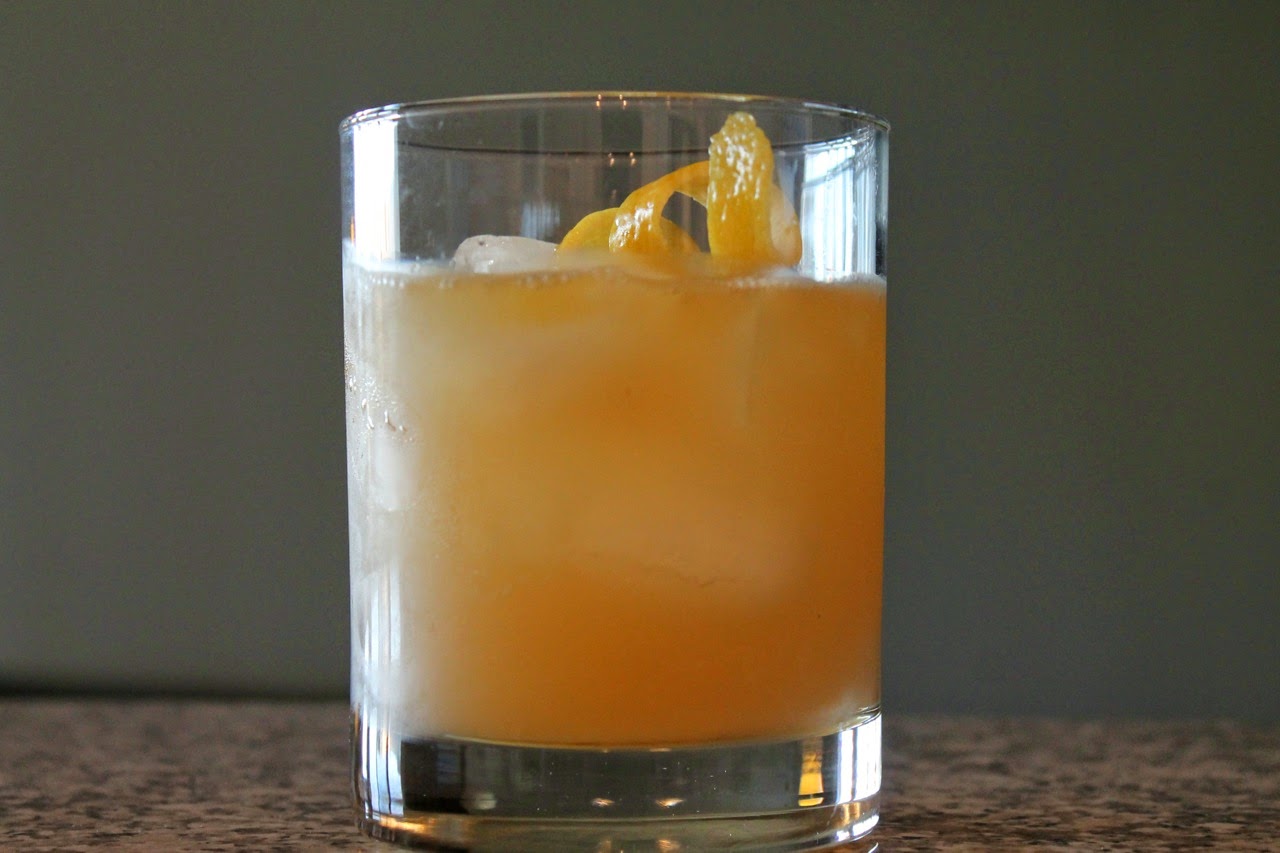 Great bartenders are good sources for learning both new drinks and new techniques. Here, I'm combining both of those things.

The Imbibe recipe calls for muddling fresh ginger, although Ross uses fresh ginger juice when making it in this video. Instead, I made it with ginger syrup, using Jeffrey Morgenthaler's recipe from his blog and new book The Bar Book (see recipe in this post). I also used a lemon twist garnish instead of the candied ginger.

In his video, Ross discusses how he came up with the drink as a way to showcase single malt Scotch, which isn't often used in cocktails. Although the body of the drink uses blended Scotch, the finishing touch of a float of smoky Islay single-malt Scotch gives drink a dose of smoke on the nose.


Penicillin Cocktail
Adapted from a recipe by Sam Ross

Combine blended Scotch, lemon juice and ginger syrup in a cocktail shaker. Add ice and shake until cold. Strain into a rocks glass filled with ice. Float the Islay Scotch on top and garnish with a lemon twist.
Posted by Cook In / Dine Out at 12:00 AM