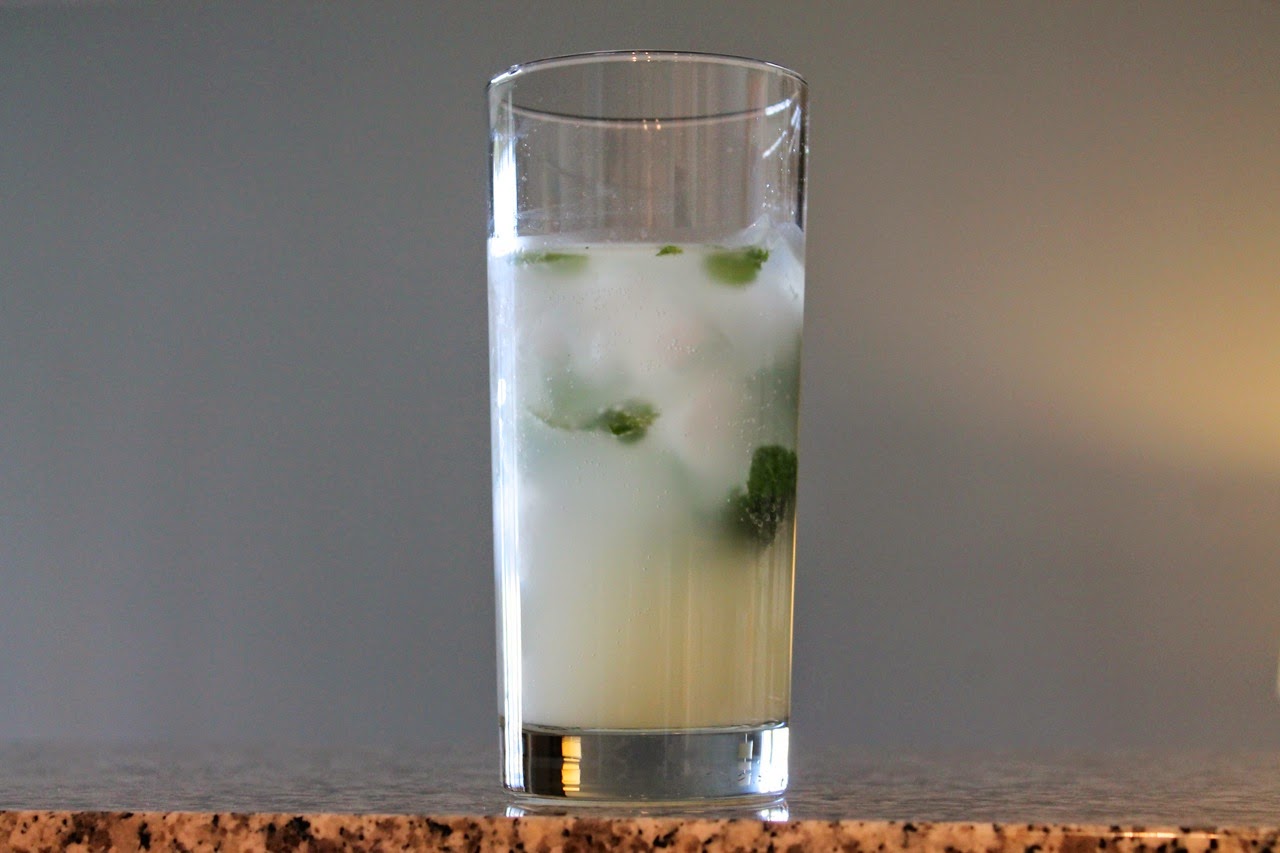 Ginger is one of my favorite flavors to work into cocktails. The easiest way to do so is with a ginger-flavored drink, such as ginger beer (Moscow Moose, Silver Linings Playbook) or ginger liqueur, which is featured in today's Ginger's Lazy Summer Afternoon.

For other drinks, you might instead want a ginger syrup. In the past when I've made ginger syrup, I've used a slow infusion method, basically making simple syrup on the stove with pieces of fresh ginger that "steep" in the hot syrup. With a little peppercorn, this is the syrup in the Kickin' Cucumber Collins, for example. 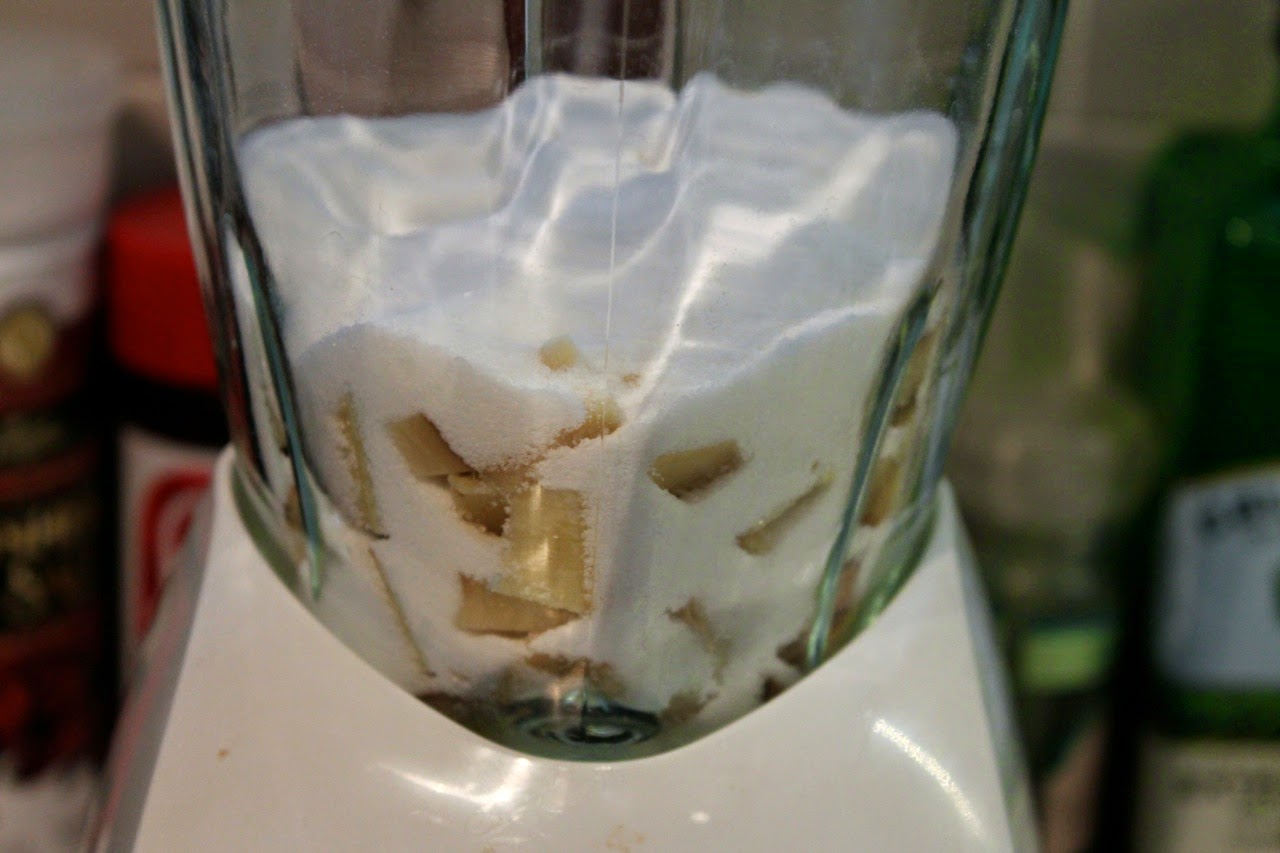 Recently, I discovered another technique that's both faster and, I think, more effective. In a post for Hot Toddies, Bartender Jeffrey Morgenthaler writes about what he calls the "San Francisco Ginger Syrup," so-named for its use by Bay Area bartenders Jon Santer and Thad Vogler. The technique is quite simple. Rather than steeping fresh ginger, this recipe instead pulverizes it in a blender with boiling hot water, extracting the juice while quickly combining it with sugar. The resulting mixture is then strained and, although requires chilling, comes together much faster than the stove-top infusion method. Morgenthaler included the ginger syrup recipe in his new book, The Bar Book. 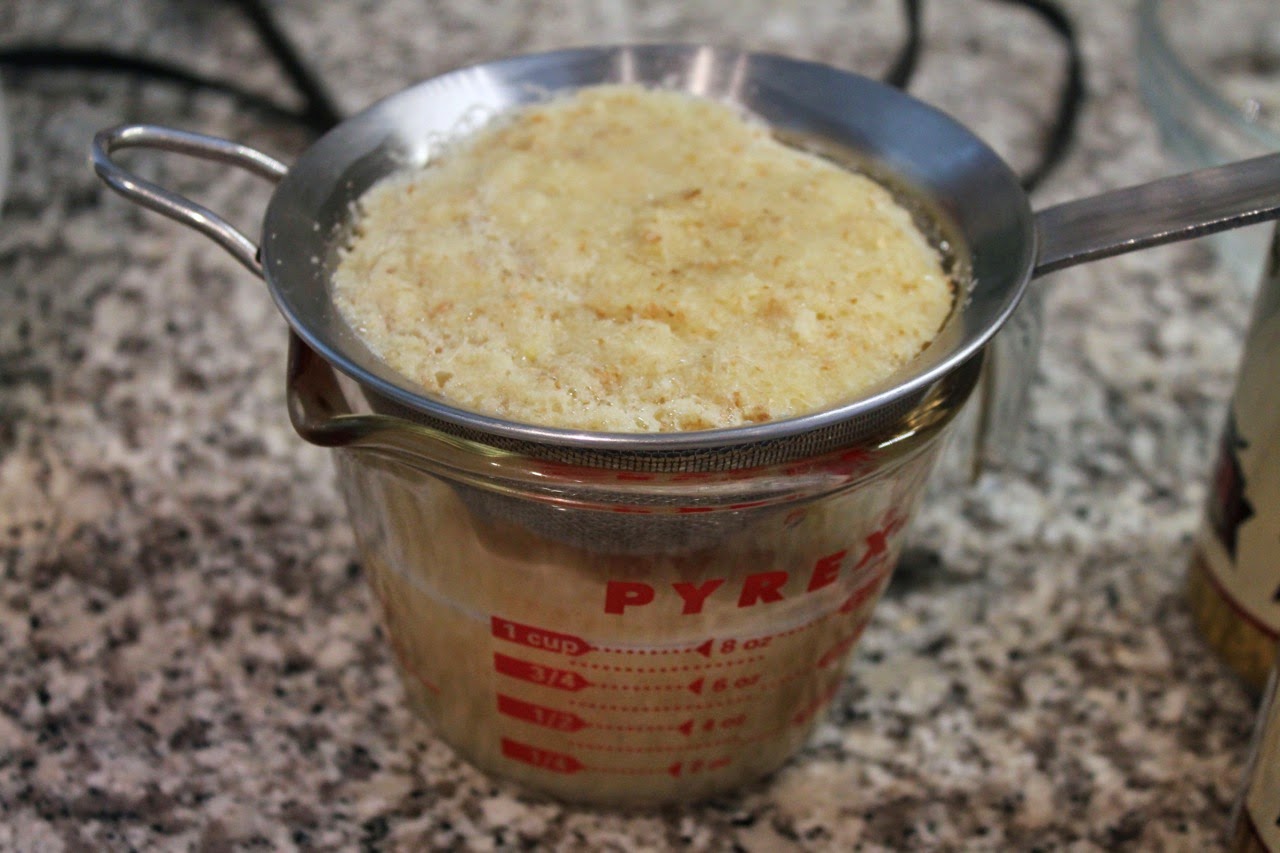 When I make syrups like this, I store them in plastic squeeze bottles, which makes measurement of small quantities easy. I also put a piece of masking tape on the bottle and write on it what's inside and when it was made.

This syrup was perfect for making a Ginger Mojito, a slightly more bracing take on the classic summer refreshment. I also got to use some fresh spearmint from my herb garden, which is doing great these days (I'll update you on it soon).

Add the mint leaves, ginger syrup and lime juice to a highball glass. Gently muddle the mixture. Fill the glass with ice, add the rum and stir to combine. Top with club soda and serve.

Ginger Syrup
Adapted from a recipe by Jeffrey Morgenthaler

6 oz. fresh ginger, washed, no need to peel, although I recommend removing any questionable-looking bits, coarsely chopped into pieces about the size of the end of your pinkie finger
6 oz. sugar
6 oz. boiling water
1 tbsp. vodka (optional)

Combine ginger and sugar in a blender. Pour the boiling water over the top and turn the blender on high. Blend until smooth. Strain through a fine-mesh strainer then transfer to a sealed container to store in the refrigerator. (Note: to prolong the syrup, I like to add a tablespoon of vodka to keep it from spoiling as fast.)
Posted by Cook In / Dine Out at 12:01 AM