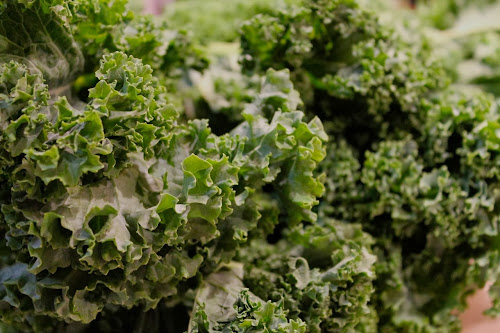 New York Times “A Good Appetite: Spreading Culture - Making Cultured Butter at Home,” by Melissa Clark.
European butter is all the rage in baking these days, often attributed to its higher fat content. But it has a different flavor too—tangier than American sweet-cream butter. Clark explains the reason, which involves culturing the cream before churning it, which isn’t typically done in the United States. She explains how this affects flavor, offers a recipe for DIY cultured butter and includes a fun video of her and others tasting a selection of 13 cultured butters, including her own homemade version.

Washington Post: “‘Cooking slow' offers convenience, in fact,” by Bonnie S. Benwick.
Perhaps because the government shutdown has given me more time to cook lately, I’m more interested in recipes that take longer (which are still great for the weekends under normal circumstances). In reviewing Andrew Schloss’s new cookbook, Cooking Slow: Recipes for Slowing Down and Cooking More, Benwick points out that slow recipes aren’t necessarily more work. She cites a chicken wings recipe that actually has very little “active” cooking time. Also, the recipes just sound really great, like the hanger steak Benwick says becomes “a succulent masterpiece that makes its own demi-glace as it cooks.” I’d definitely eat that.

Food Republic: “Reinventing The Pancake: Mac Cakes Recipe,” by Allison Arevalo and Erin Wade.
Mac & cheese lovers should really make a point of visiting Homeroom in Oakland, California, a great little restaurant with a menu that features a selection of takes on the pasta and cheese classic. Its owners have now put out The Mac + Cheese Cookbook, which includes this unusual (but amazing-sounding) recipe for a mac & cheese pancake. Cool.

NPR: “Is It Time To Cool It On Kale Already?,” by Maria Godoy and Eliza Barclay.
If you’re getting tired of kale, the green du jour for the last 2 years, you’re not alone. On the event of last week’s National Kale Day, Godoy and Barclay examine how some are going overboard in recommending kale-rich diets to the detriment of other foods. It’s an important reminder that balance is more essential to good health than a focus on one, or even a few, so-called “superfoods.”

Wall Street Journal: “Kale Salad With Toasted Almonds and Pecorino Romano,” by Kitty Greenwald
However…If you’re not tired of kale yet, dive into this great kale salad, adapted from Los Angeles chef David Myer’s dish served at Hinoki & the Bird. I like that includes both raw kale and crispy kale chips.

San Francisco Chronicle: “Chefs take on the summer-to-fall challenge,” by Amanda Gold.
Bay Area chefs talk about how the change in seasons from summer to fall is influencing their cooking, including dishes that can be served warm or cold depending on the weather. The story includes recipes for several of the dishes discussed.

GQ: “How to Beat an Overpriced Wine List,” by Alan Richman.
Even if you feel pretty confident with restaurant menus, their wine lists can still be intimidating. So many unusual varietals, wineries you haven’t heard of and prices you probably don’t want to pay unless you’re sure you’re getting something good. And even then, you know you’re paying a big mark up. Richman offers a number of tips for successfully navigating the wine list with confidence.

New York Times: “The 12 Best Restaurants in New York for Wine,” by Pete Wells.
If Richman’s piece inspires you to dive into an interesting wine list, Wells’ story offers a great selection of some of New York’s best examples, with tips for finding value and unusual bottles among them.

Los Angeles Times: “For beer lovers, now's the time to appreciate the freshest hops,” by John Verive.
It’s time for the hop harvest, which means the seasonal release of “fresh-hop” brews. Verive explains what they are, along with some other useful hop terminology. I’m definitely going to be looking for some of these beers, like Deschutes Brewery’s Chasin’ Freshies and Hop Trip.

Food 52: “5 Handy Facts About Baking with Parchment Paper,” by Alice Medrich.
If you haven’t yet discovered why parchment paper is an essential baking tool, Medrich shares a few reasons why you should really stock this in your pantry.

Reuters: “Just what is in that chicken nugget?,” by Kathryn Doyle.
The answer’s not as bad as you might think, although it’s really not that great either.

Food & Wine: “95 Ways to Amp Up Thanksgiving” (November issue)
The content doesn’t appear on the site yet, but The November issue of Food & Wine is already out and focuses on Thanksgiving with some pretty amazing-sounding recipes: galette starters, spinach spoon bread, apple-brined turkey and lemon-cranberry pie bars, to name just a few of the mouth-watering options.