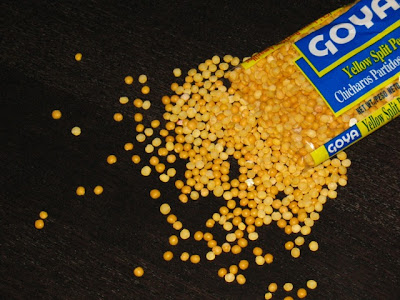 This is the recent recipe from the New York Times I was eyeing. It's just a nice simple soup recipe: meat, vegetables, peas, herbs and broth. 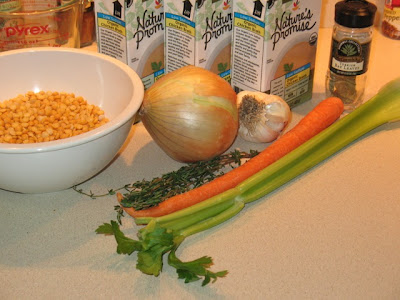 I gave the vegetables a pretty fine dice since they're being paired with peas. The recipe calls for thinly slicing the garlic, but I just whacked it with the side of a santoku knife instead (actually, I forgot about slicing the garlic and had already washed the cutting board, but really, smashing the garlic worked just fine). Alas, the recipe calls for slab bacon, which I don't know where to get easily at the moment, so I used Whole Foods' sliced bacon, which is pretty thick and meaty. 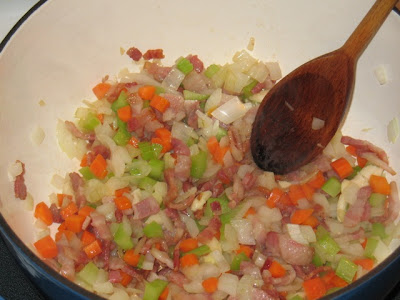 Cooking this much bacon creates a good amount of rendered bacon fat. More than is really needed for flavor and sautéing the vegetables. This isn't a health food blog, but I'm certainly not averse to removing unnecessary fat. However, pouring hot fat from a heavy hot pot that still has food in it is a daunting, possibly dangerous task. A technique I use is to fold up a paper towel, grasp it with tongs and use it to sop up excess fat. 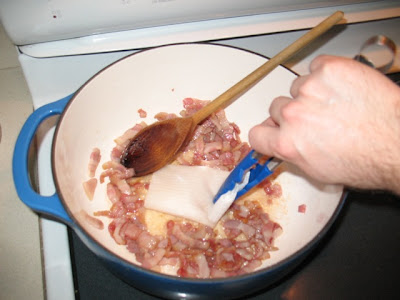 Pureeing a soup like this is a good idea to make it a little thicker. Although this soup was delicious, it was a little thin. I made a half a recipe, so I used 8 oz. of dried peas, but I think I could have used the whole bag. That way the peas would have played a more prominent role, especially given the half pound of bacon. 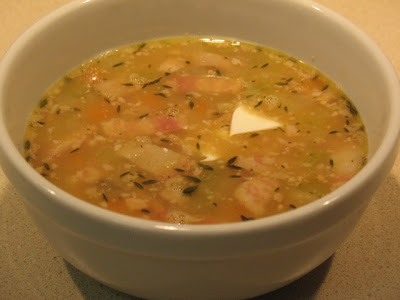 1. Heat a 6 qt. dutch oven over medium add. Add the bacon and saute until it renders its fat. Remove excess fat. Add onions, carrot, celery and garlic and saute until soft and translucent. Season with seasoned salt and fresh-ground pepper to taste.

2. Add the split peas and stir to coat with bacon fat. Add bay leaves and stock and increase heat to boil. Reduce heat to simmer and skim off any foam. After 10 minutes, skim off any remaining foam, add thyme and simmer for about an hour (note: the NYT recipe says to do this uncovered, but I covered it, which is perhaps another reason why my soup was a little thin).

3. Remove from heat. Run an immersion blender through the soup, pulsing a few times until it reaches desired thickness. Serve topped with a dollop of sour cream (if desired).
Posted by Cook In / Dine Out at 4:34 PM