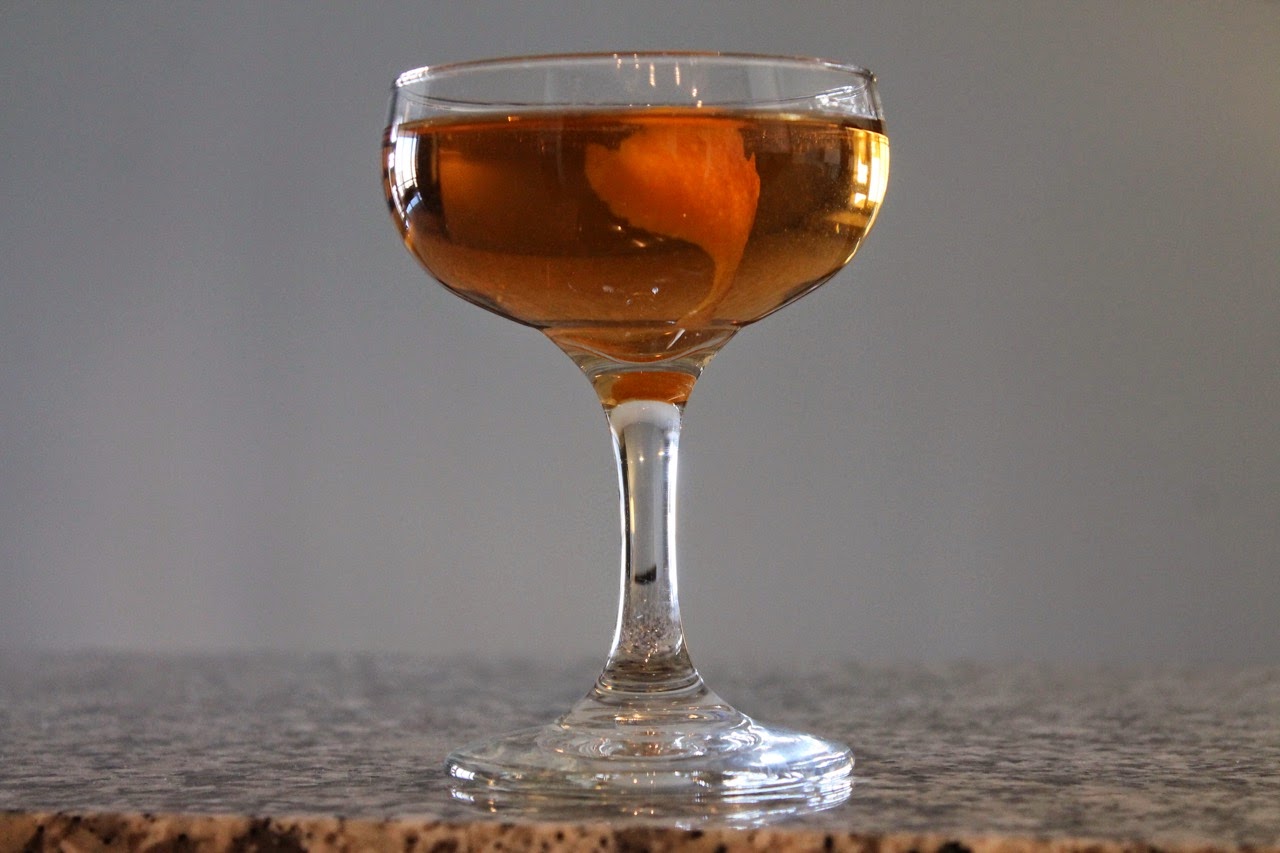 One of the interesting aspects of learning about classic cocktails is the discovery that their recipes are not necessarily as "set in stone" as some would like you believe. Cocktail mavens often have very strong opinions about how classic drinks should be made, but their views are often just that: opinions. For every authority who insists a drink be made a certain way, I can find a similarly respected authority who does it differently.

Take the Martinez. This is a classic 19th century cocktail, a forerunner of the modern-day dry gin martini. It's made with gin, technically old tom gin, sweet vermouth, maraschino liqueur and bitters. Sounds pretty solid. But in researching this drink, I found significant variation in the gin-to-vermouth ratio, the other ingredients, the garnish and even the mixing technique among three venerable cocktail recipe sources.

The ratio of gin-to-vermouth, an oft debated subject for the modern dry gin martini, is a key variable here. In Imbibe!, David Wondrich reproduces Jerry Thomas's 19th century recipe with a 1:2 gin:vermouth ratio; in The PDT Cocktail Book, Jim Meehan shares a 1:1 equal parts recipe; and in Death & Co, the New York cocktail bar favors 2:1, so twice as much gin.

When it comes to the ratio, I'm going to side with Death & Co. Because I made the drink with Hayman's old tom gin--which is already sweetened--as well as maraschino liqueur, I don't think it needs the sweetness of more sweet vermouth. However, if you made this with Ransom old tom gin, which isn't sweetened, you might want to try the 1:1.

But Death & Co includes a more complicated recipe that includes both Hayman's and Ransom old tom gins, plus kirsch and homemade orange bitters, and I wanted something simpler. For the sake of tradition, I was hoping to like Wondrich's recipe, but it calls for shaking the drink, and given the ingredients, I really think it should be stirred. In the end, I settled for the PDT recipe but with Death & Co's gin-to-vermouth ratio.

For the bitters, I went with Boker's bitters, a modern recreation of a 19th century bitters recipe that I wrote about last year. It gives the drink a nice subtle spiciness. For the curious, here's a table showing the variations between the three recipes I've discussed above and my own that appears below:

Combine gin, sweet vermouth, maraschino liqueur and bitters in a cocktail mixing glass. Add ice and stir until very cold. Strain into a chilled coupe glass. Garnish with orange peel.
Posted by Cook In / Dine Out at 12:00 AM