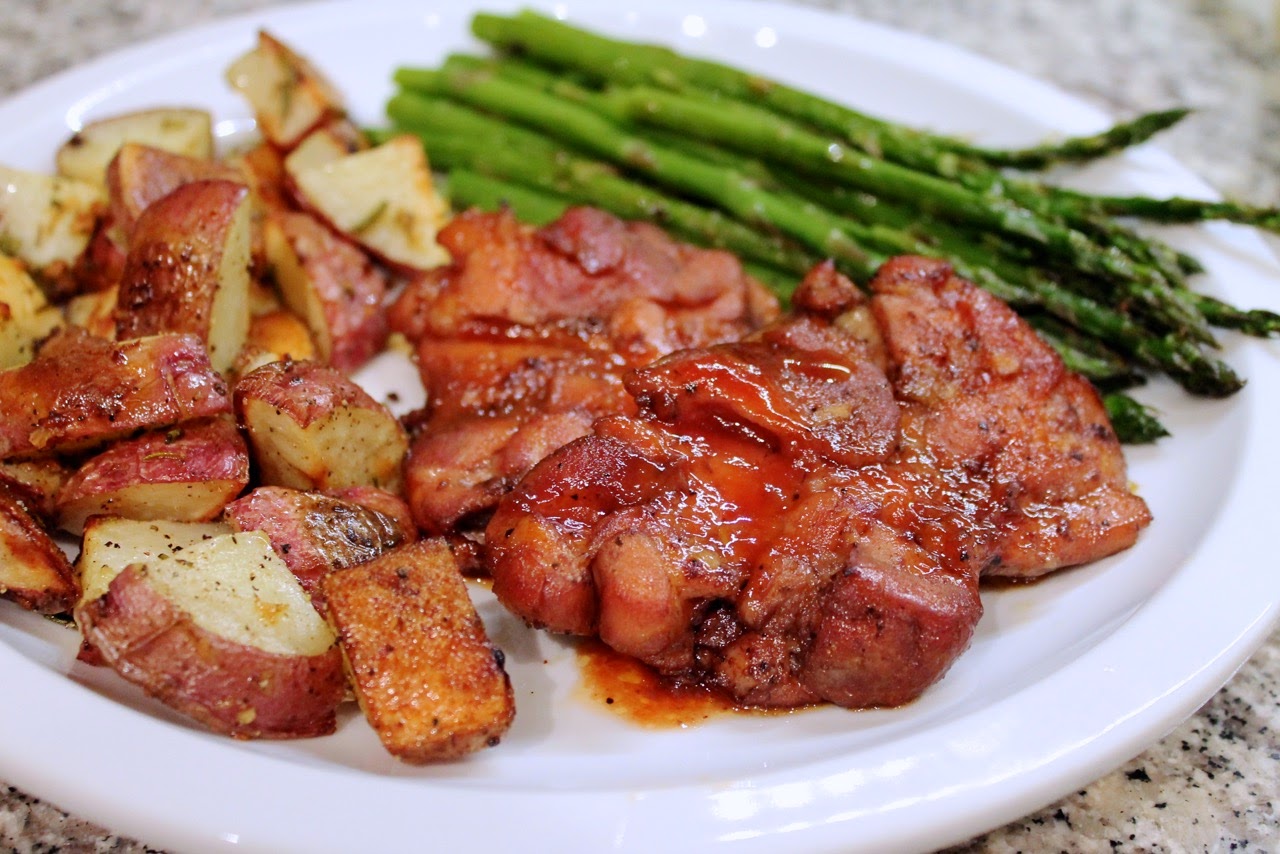 The mall food court wasn't invented in the '90s--the first successful one opened in a New Jersey mall in the mid '70s--but, at least in Portland, the 90s was when they proliferated. Washington Square, the mall closest to my home, got its first food court during a mid-'90s renovation, but the first mall food court I remember visiting was in Pioneer Place, Portland's downtown shopping mall that opened in 1990.

Food courts were the ideal place for a teenager to get a snack. If you were too low on cash to actually buy something, there were plenty of free samples, many of which were little tastes on a toothpick. Pioneer Place's food court was ideal for snacking: it's round shape meant you could do laps picking up samples as you went (of course, I never got more than one sample, I swear). 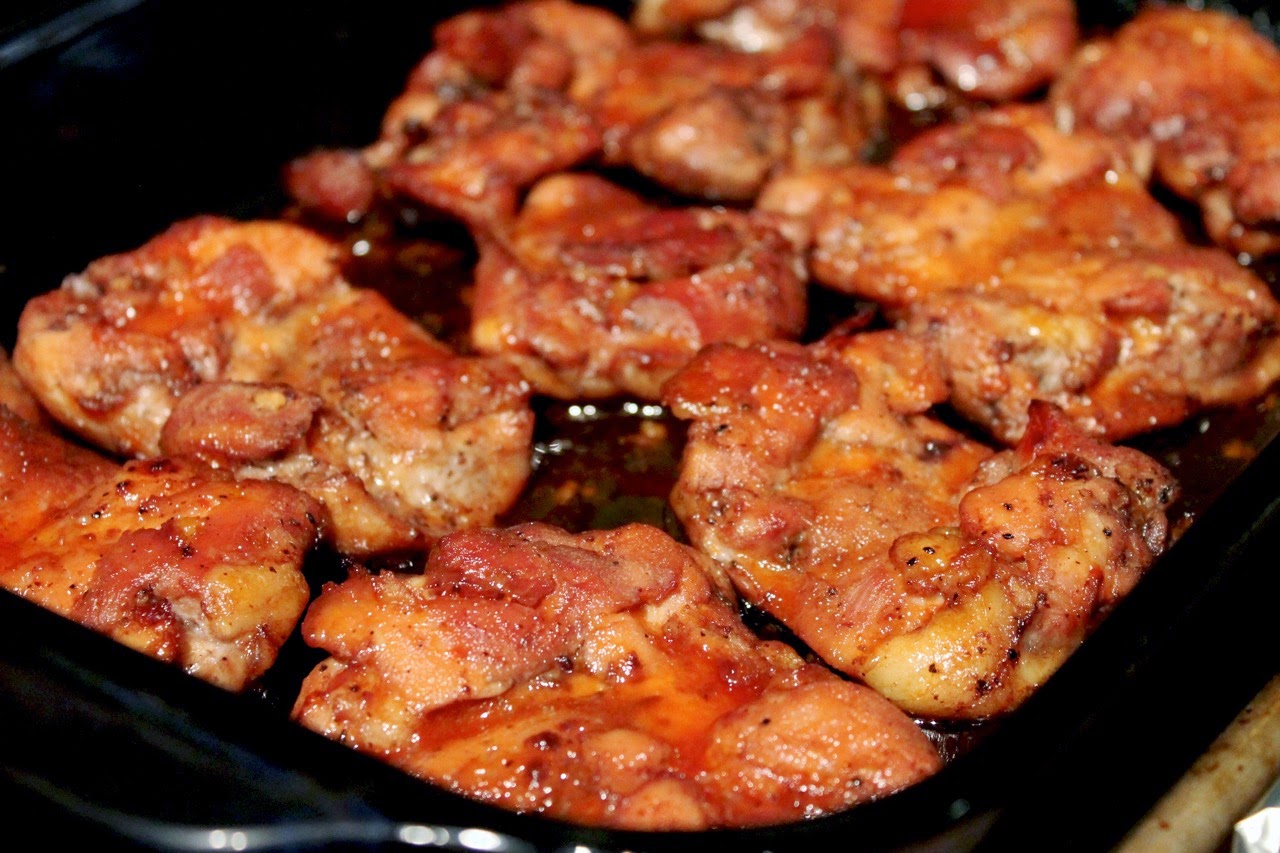 I've mentioned The New Basics Cookbook by Julee Rosso & Sheila Lukins before, but in a week where I'm featuring foods from the '90s it bears mentioning again, as it was published in 1989 and was an important source of inspiration when I was first learning to cook in the '90s. Browsing through it this week, I stumbled upon their recipe for Bourbon Turkey, which struck me as a more refined and certainly better tasting version than what you or I may remember for the mall food court.

I adapted their recipe for boneless-skinless chicken thighs, which cook in less time than bone-in turkey parts, allowing me to reduce the roasting time. As marinated roast chicken goes, this one is pretty simple. The most complicated part is probably draining off the marinade--which converts to braising liquid--so that the glaze can go on the chicken. I did it using a turkey baster, dumping the braising liquid into a glass measuring cup.

I served the chicken with simple rosemary roasted red potatoes (recipe below) and broiled asparagus. It was delicious. Definitely better than what I remember getting from the food court so many years ago.

2. Preheat oven to 325 F with the oven rack about 9 inches below the oven broiler (you'll be using it later--place the rack in the middle of the oven if your broiler is separate).

3. Stir together the glaze ingredients.

4. Transfer the chicken thighs to a 9 X 13 baking dish, arranged in a single layer. Pour about half of the marinade around the chicken. Roast for about 40-50 minutes until the chicken is almost cooked through--a thermometer should read about 150 F. Remove roasting pan from the oven and drain off any remaining marinade.

5. Turn on the oven broiler. Brush the chicken with about half of the glaze. Place back in the oven under the broiler and broil for 5 minutes until the glaze has dried out (be careful not to burn it). Turn the chicken over and brush the other side with the remaining glaze. Broil for another 5 minutes. Check the chicken's internal temperature (it should be at least 165 F now). Remove from the oven and serve with any extra glaze from the pan spooned over it. 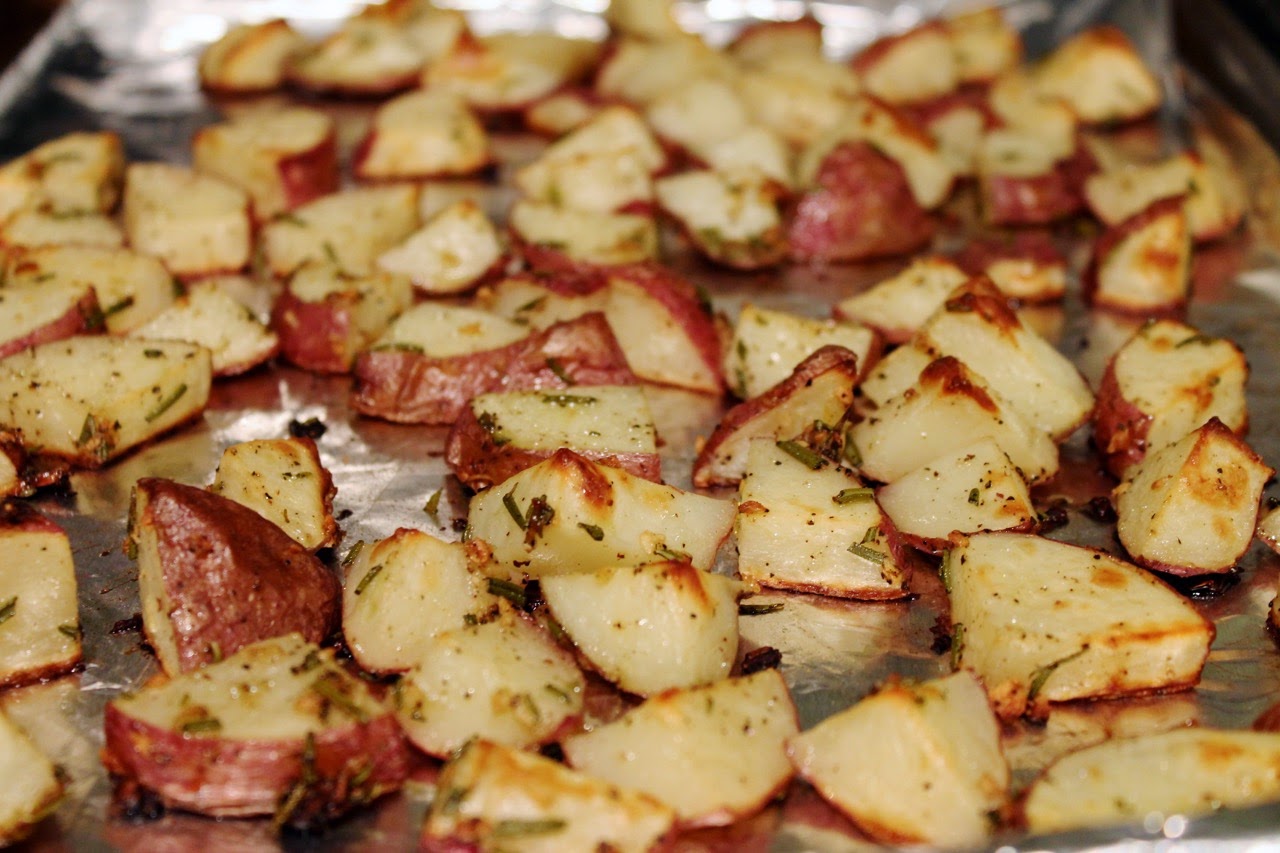 2. Combine the cut up potatoes, olive oil, garlic, rosemary and salt in a large bowl, tossing with a wooden spoon to evenly coat the potatoes. Spread potatoes in an even layer on a baking sheet and roast until lightly browned around the edges, about 30-40 minutes. Sprinkle with pepper and serve.
Posted by Cook In / Dine Out at 12:00 AM