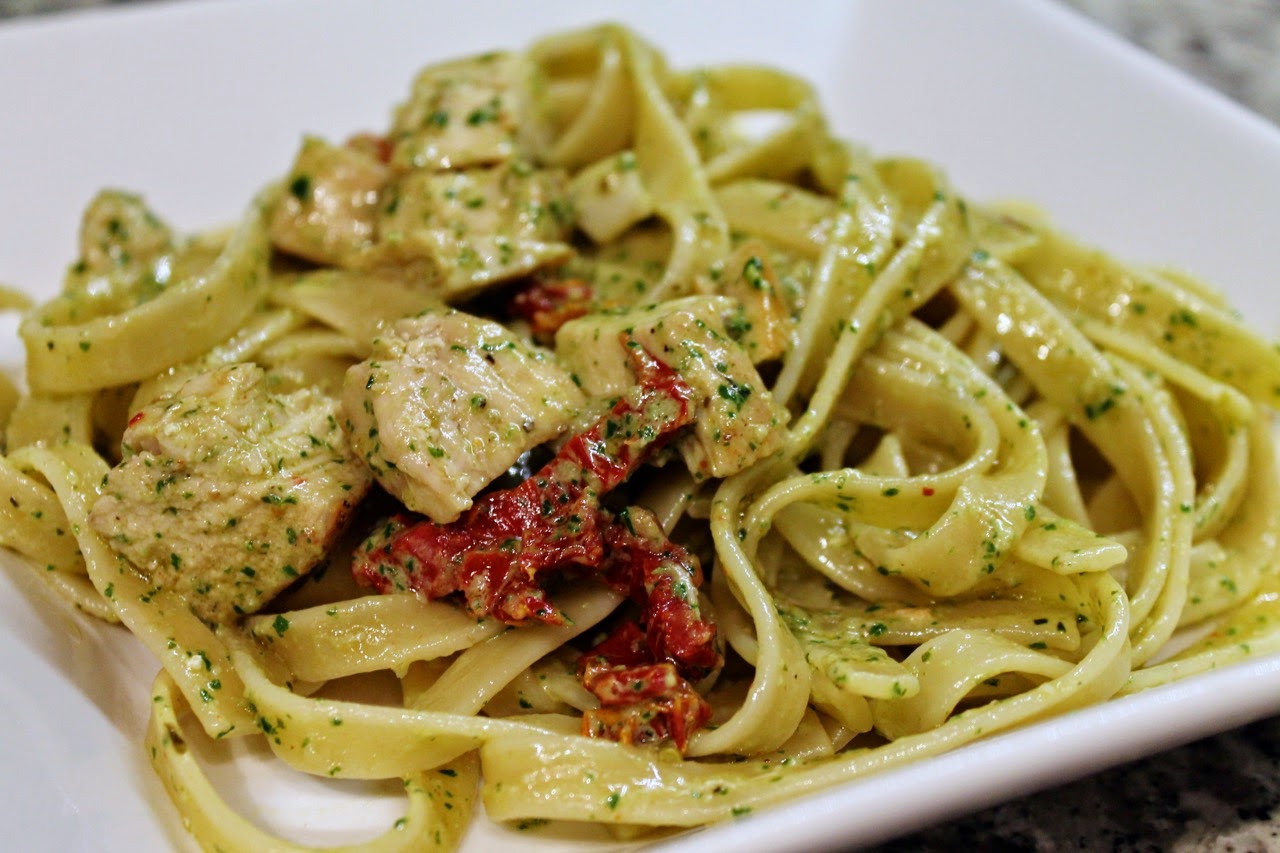 When foods become popular, it's rarely because they're new. Think about the things that are food trends right now--kale, quinoa, bacon, Greek-style yogurt, gelato--these are not "new" foods. They've been enjoyed by people around the world for a very long time. But they are food trends, which come about for various reasons, which were fascinatingly explored by David Sax in his book The Tastemakers.

I remember Mediterranean foods, and particularly Italian foods, as being a real trend in the '90s. People discovered there were more ways to serve pasta than just spaghetti with meat sauce or & mac & cheese and more interesting ways to make pizza. In general, there was an epiphany that great Italian food can be made with ingredients other than tomatoes and lots of cheese. One such ingredient was pesto, the green sauce that is a mixture of olive oil, nuts, garlic, parmesan and herbs--generally basil but sometimes other things.


Pesto's roots trace back to ancient Rome, but began to resemble its familiar modern form in the 1600s around Genoa, Italy. Americans began to take notice of pesto in the 1940s with its popularity beginning to really take off in the 1980s until it was "ubiquitous," in the words of Epicurious, in the 1990s. Today it may seem commonplace, but 20 years ago, putting pesto instead of tomato sauce in your pasta or on your pizza seemed like a fresh, exciting thing to try. It heralded a comparatively "lighter" style of Italian cooking, is it was often paired with chicken and other vegetables.

Enthusiasm for pesto may have waned, but it certainly hasn't gone away. And yes, people are even making it with kale these days.

Another food trend from the '90s and one that pairs nicely with pesto was sundried tomatoes. Again, they are something that had been around for awhile, but achieved that special sweet-spot of popularity that made them a hot food trend during that decade. We all got a little carried away with them back then, using them as a pizza topping, a salad ingredient (like I did last week), a mayonnaise filler and a sandwich enhancer. I liked them best in pasta, and still include them from time-to-time. I actually would welcome their comeback, since I love tomatoes, and their concentrated flavor is a great way to add deep tomato flavor during any season. 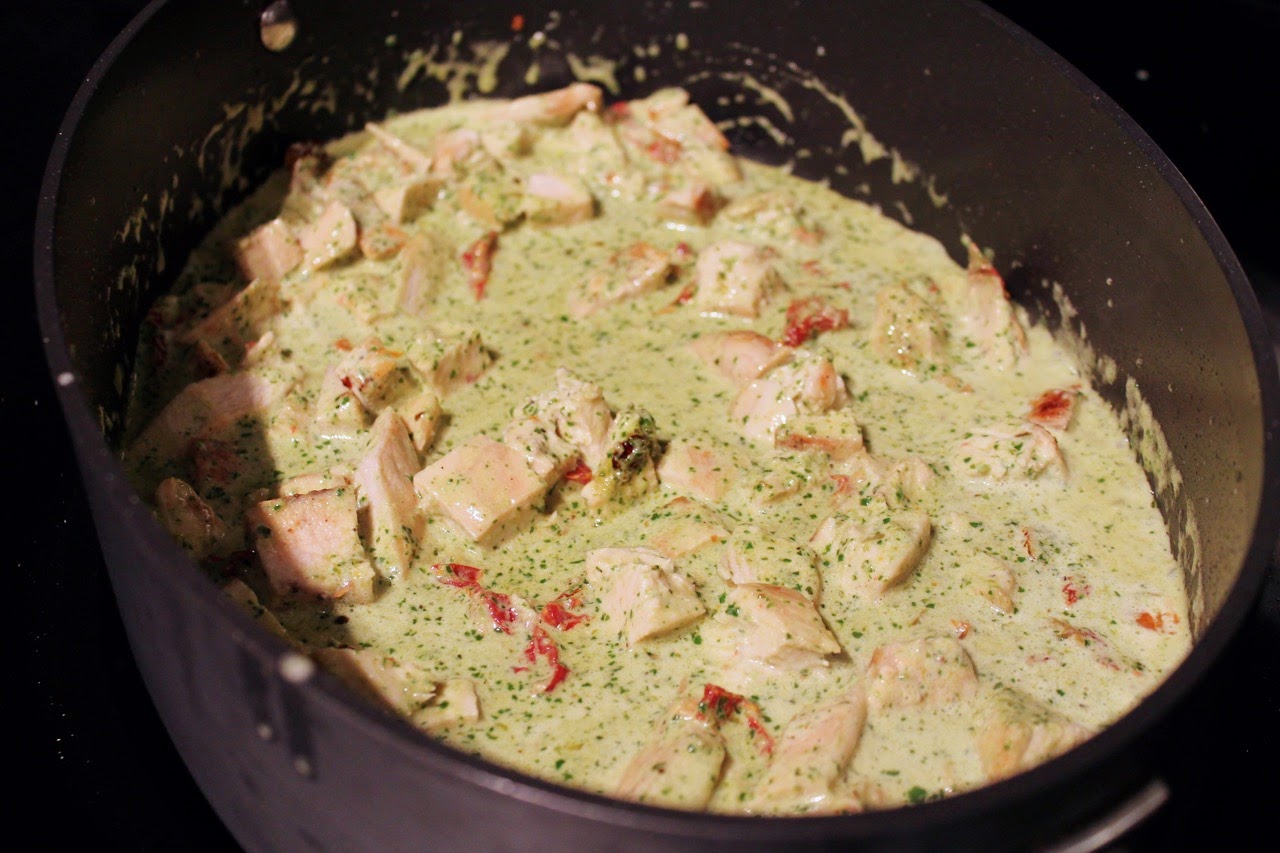 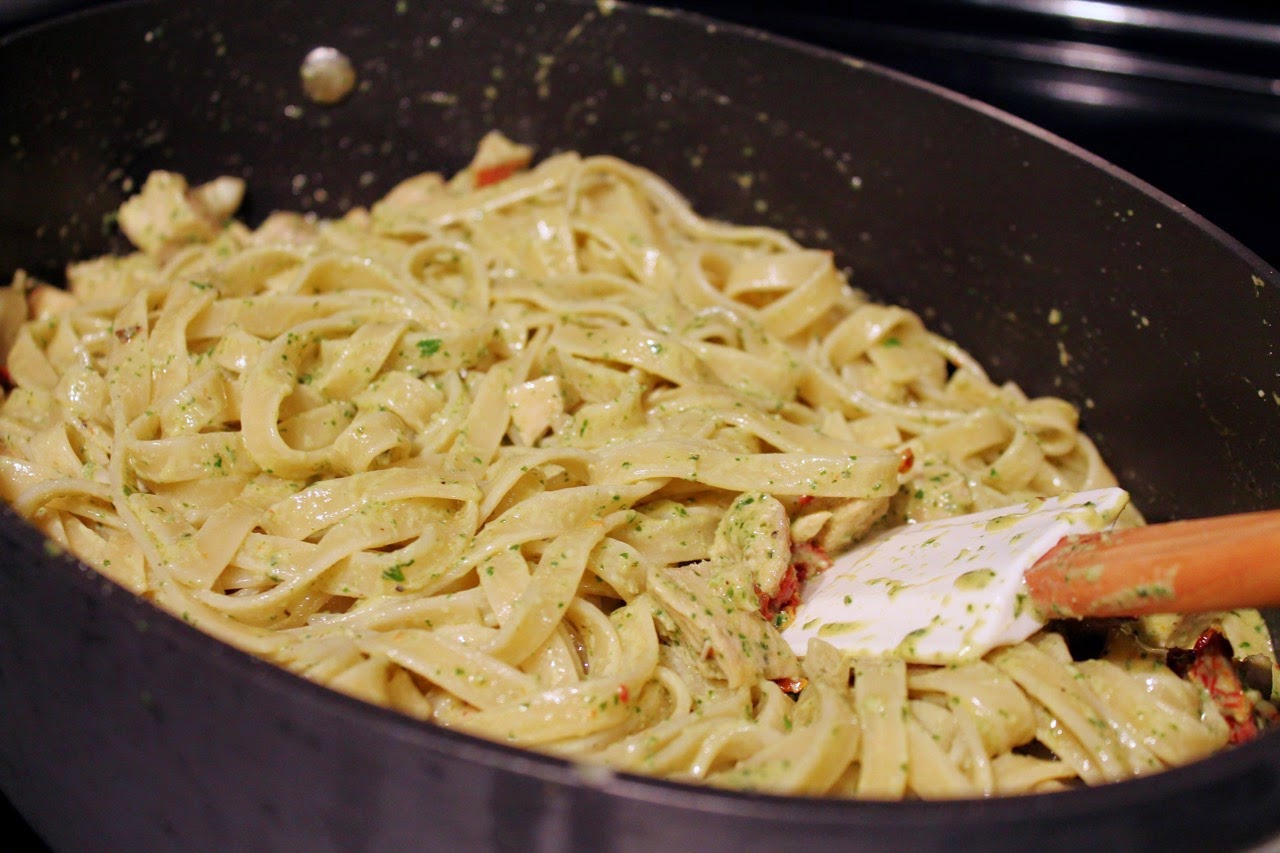 This simple pasta recipe is classic '90s: throw together pesto, chicken, sundried tomatoes, a little cream and fettuccine and you have a dish certain to take you back 20 to 25 years that's still delicious today.

1. Bring a large pot of salted water to boil. Add the pasta and cook according to package directions for al dente. Drain and set aside.

2. Combine the walnuts, 1 smashed garlic clove and basil leaves in a food processor. Pulse a few times to combine and chop up. With the processor running, slowly stream in the 1/3 cup olive oil and blend until the pesto has a consistent texture, scraping down the sides with a spatula if needed. Transfer the blended mixture to a small bowl and stir in the grated parmesan.

3. Heat 2 tbsp. olive oil in a large sauté pan over medium heat. Pat the chicken breast cutlets dry and add them to the pan. Season with salt and pepper and cook for about 10 minutes, turning over after about 5 minutes, until lightly browned and cooked through. Transfer chicken breasts to a cutting board and cut into 1-inch pieces.

4. Add the garlic and red chili pepper flakes to the sauté pan and cook for about 1 minute, then stir in the pesto, cooked chicken, sundried tomatoes and heavy cream. Turn off the heat and add the cooked pasta, stirring to coat in the sauce. Serve the pasta in shallow bowls.
Posted by Cook In / Dine Out at 12:00 AM