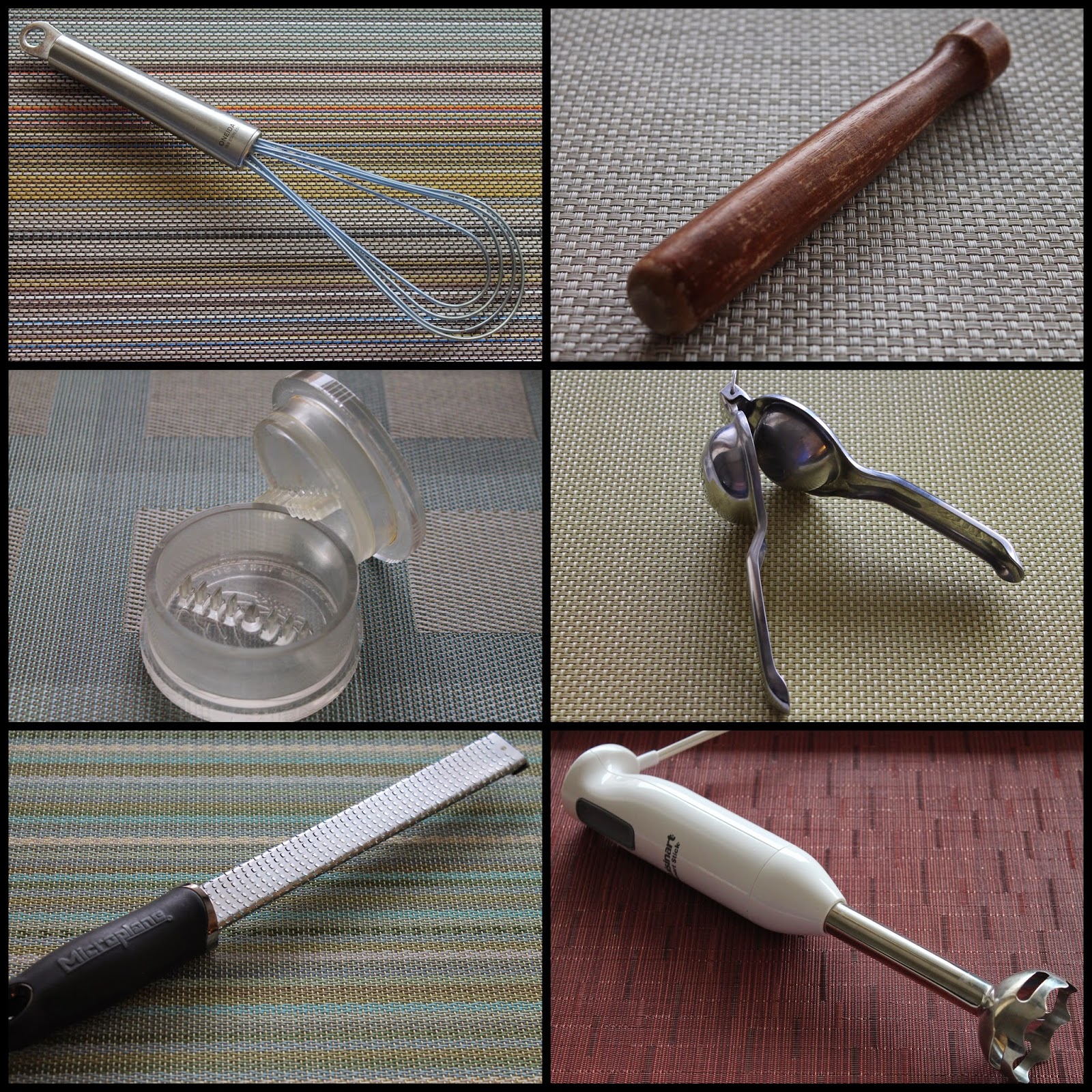 There are there those things no kitchen should be without: knives and cutting boards, pots and pans, measuring cups and spoons, mixing bowls, whisks and spatulas. If you were outfitting your kitchen for the first time, that's the list you would want to shop from. And if you were a minimalist, you could cook just about anything from that list.

But I'm not a minimalist, well, not exactly. I live in an apartment, so I don't have a particularly large kitchen. I generally subscribe to the idea that if I'm going to get a new kitchen gadget, it needs to be versatile. I don't have the space to store a lot of extras. Small appliances in particular are bought with care. I don't have a bread-maker or rice-cooker not because I don't think they'd be great, but I just don't have room.

That said, I do have a few more specialized pieces of equipment that I just love to pieces. Admittedly, these are "nonessentials," yet, given how much I use them, I would hardly consider them extraneous. They're the nonessentials I can't live without.

At first blush, this one might seem like the biggest gimmick of the pack. It does only one thing: minces garlic. It's the kind of thing that might be advertised in an informercial. Yet, I bet many of you have a device you use only for this purpose: a garlic press. And the garlic twist works so much better than a garlic press that I actually got rid of my press years ago. A garlic press always leaves about 1/4 of the clove behind has a large mashed chunk. The garlic twist minces the entire clove. No waste. Plus, you can control the size of the mince: twist just a few times for chunkier mince, add salt and twist many times for garlic paste. My version is one of the earliest ones; newer models feature a more ergonomic grip. 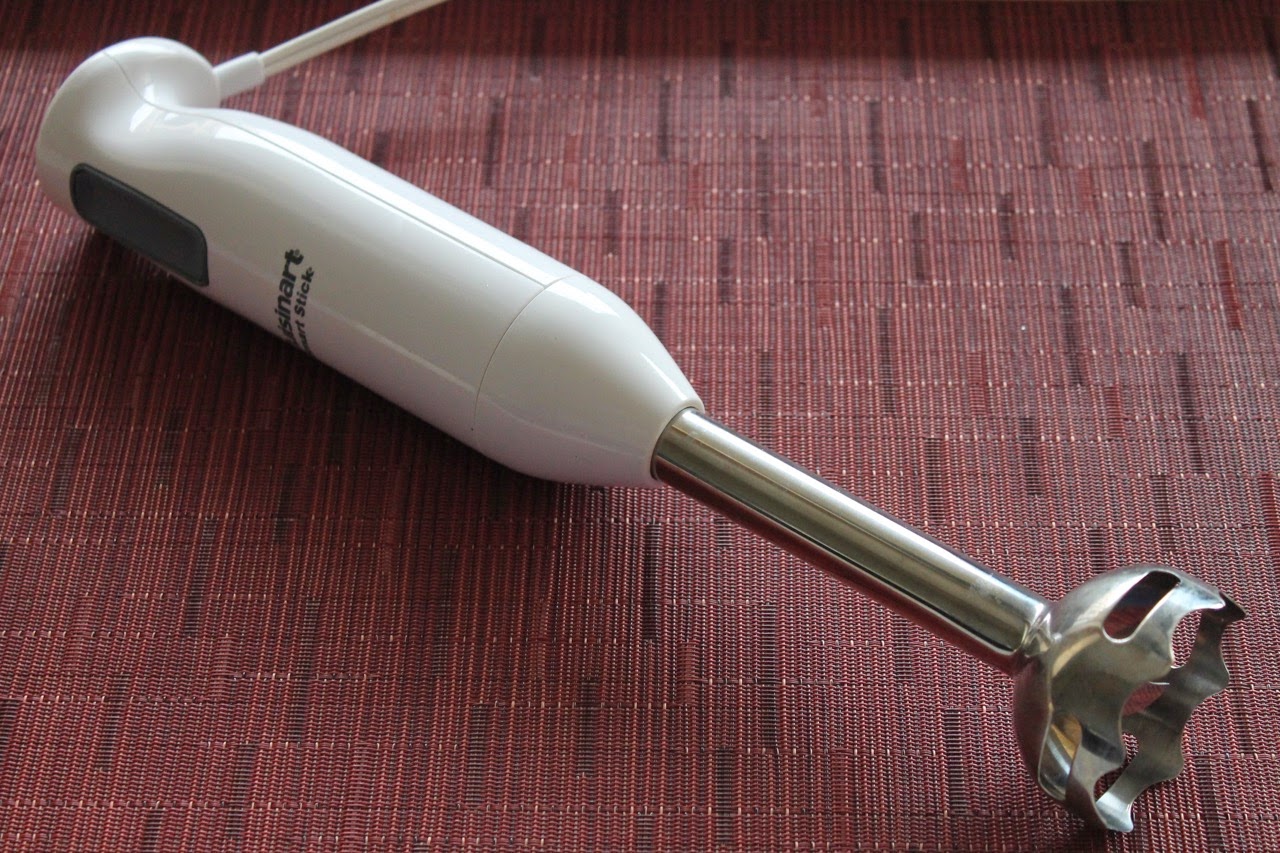 This tool could be considered nonessential because it does the same thing another appliance you probably have in your kitchen can do: a blender. But there are a lot of reasons for why having an immersion blender is such a great idea. While a traditional blender is probably better for drinks, immersion blenders are wonderful tools for making purees and sauces, especially soups. Ever make a recipe for a pureed soup using a blender? It generally instructs you to transfer the soup "in batches" to a blender. This means finding (and dirtying) some sort of vessel for transporting the soup between the soup pot and the blender. Plus you need another contain to store the "batches" that have been pureed, since you can't put them back into the pot with the as-yet-to-be-pureed chunks. In short, it's a recipe for a big mess. With an immersion blender, you just stick the thing in the soup pot and press the "on" button to puree. It cleans up easily. I love it. It's perfect for soups like Sweet Potato and Soup or making sauces like mole sauce for Mole Chicken Enchiladas. 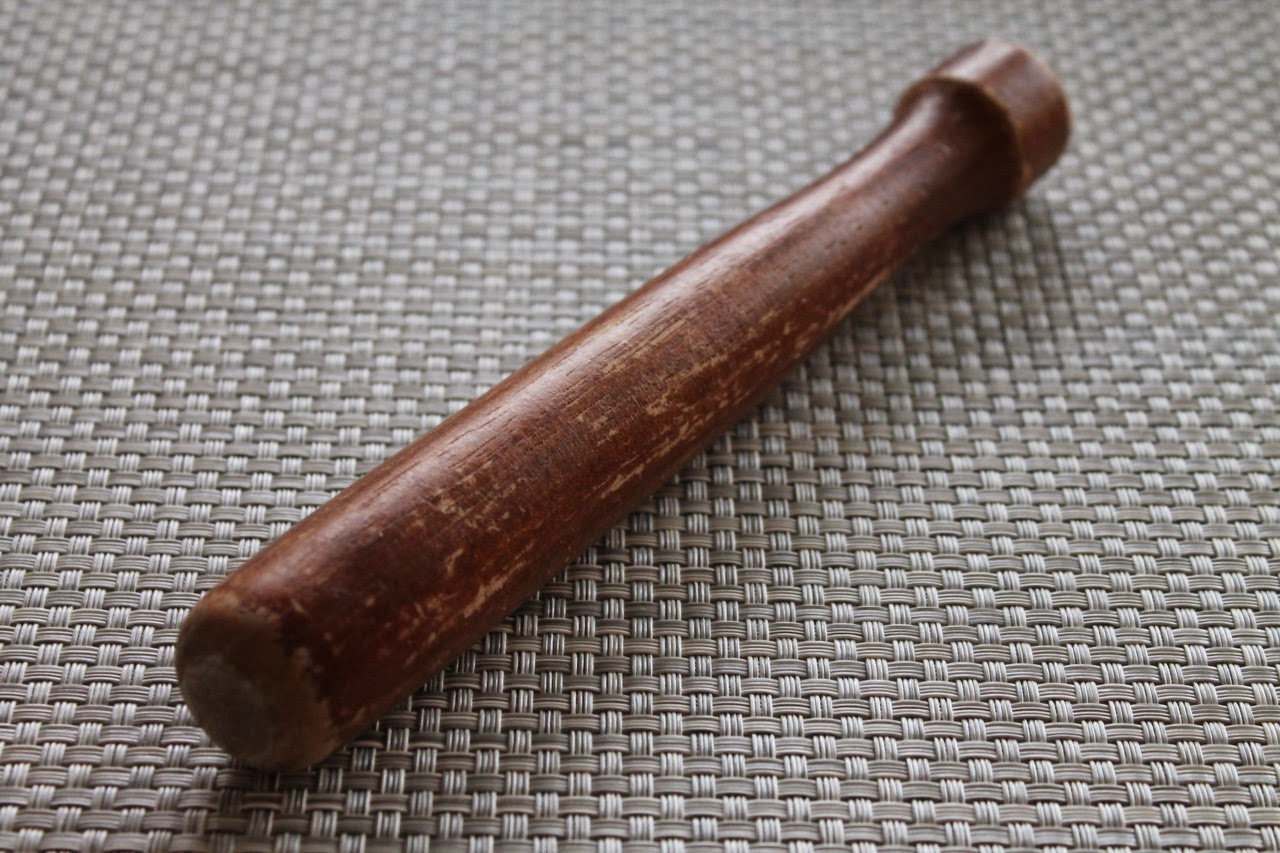 Sure, a muddler is designed for crushing herbs and fruit in cocktails, but the rounded end is also perfect for grinding. Lacking a proper mortar and pestle, I use a Pyrex glass measuring cup and a muddler for doing things like grinding garlic and anchovies into paste for dressing for Heirloom Tomato Panzanella or Caesar Salad.

At first blush, an oval sauté pan may seem impractical. It's too large to fit over a burner, creating the potential for uneven heat. This, however, can be an advantage in certain dishes. When making chili, for example, I set one end over the burner, brown the meat in that end, then push it to the "cool" end while I brown the vegetables in the hot end. The large size is also ideal for making pasta sauce, especially if finishing the noodles in the sauce. I almost always prefer using it to my 12-inch frying pans.

A standard whisk is very useful for beating eggs and mixing certain batters. But when you're making gravy, a flat whisk works much better. It's also useful for smoothing sauces like béchamel for Macaroni & Cheese. 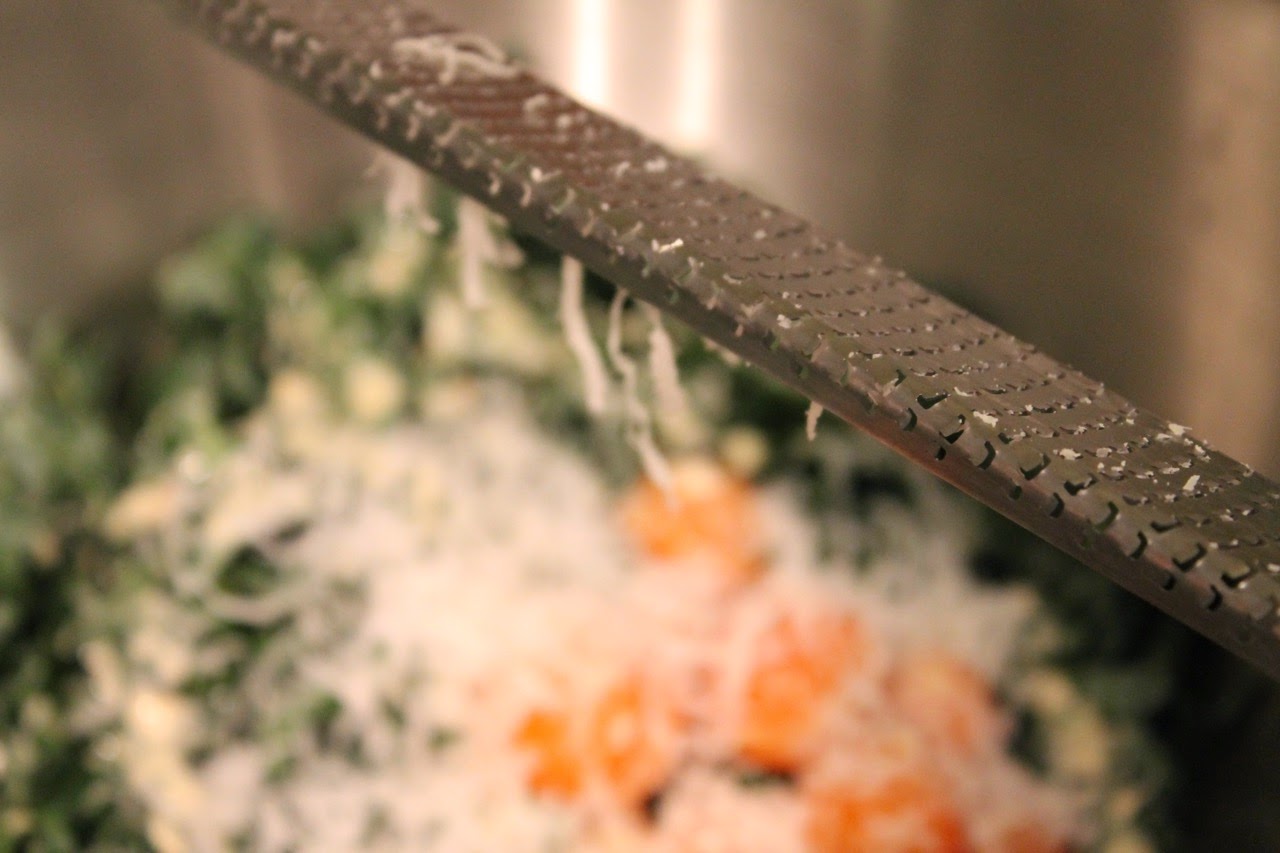 The microplane is a rather cool tool, as it looks like something you'd have in a woodworking shop, yet it's practicality in the kitchen cannot be understated. It's much more effective than a box grater for fine-grating foods like parmesan, lemon zest and nutmeg.
Posted by Cook In / Dine Out at 12:00 AM

Email ThisBlogThis!Share to TwitterShare to FacebookShare to Pinterest
Labels: equipment