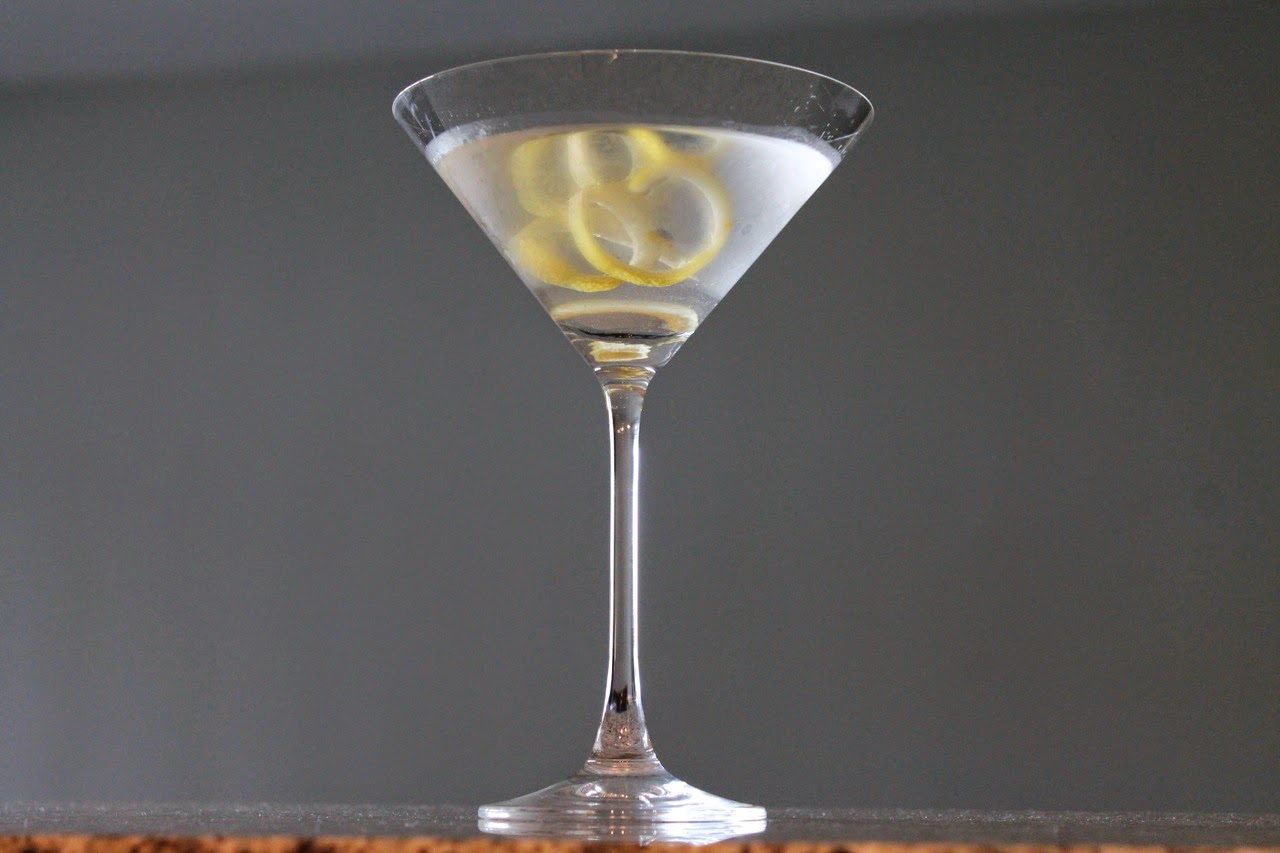 Order a cocktail by name and most times you know what you're going to get. That's not necessarily the case with the martini. Sure, it's one of the most popular cocktails, and it's considered one of the most refined. But it's also one subject to heated debate over what is and isn't a martini, leading to potential customer confusion and disappointment for those who do not (or don't know they need to) be specific in what they're ordering.

A key question in the martini debate is whether you can make a martini with vodka. Traditionally, martinis are made with gin and vermouth (and a garnish, often an olive or lemon twist), and purists will vehemently insist that a martini is not made with vodka. However, in the mid 20th Century, it became popular to make martinis with vodka, while the amount of vermouth gradually reduced and sometimes vanished (I seem to recall a joke about a guy making a martini, and when it came time to add the vermouth, he uncorked it and waved the bottle over the drink, so that only its "fumes" were mixed in).

The most famous vodka martini drinker was, naturally, James Bond, who, in most of his films ordered a "vodka martini, shaken, not stirred." The vodka question aside, bartenders will tell you that's a terrible order, although not necessarily because of the vodka. Drinks like martinis that are all liquors really should be stirred not shaken, but who's to argue when your patron has a license to kill?

My own first attempt at ordering a martini was a disaster. I was 21 years old and floating down the River Thames in London at a boat party for my just-concluded study-abroad program. Since I'd turned 21 while in London, the entirety of my experience ordering drinks up that point had been in Britain (and a little bit in Europe). I'd started with hard cider (just "cider" over there) and progressed to beer, but hadn't really tackled cocktails in a meaningful way. So I decided I wanted something special to mark to occasion and ordered what I viewed as very grown-up drink, a martini.

It was terrible. Little did I know that when ordering a martini, I really should have remembered that James Bond always ordered a "vodka martini" never just a "martini." Although I think even in Britain a "martini" is expected to gin and vermouth, there are some bartenders who will take you literally and pour you just a glass of Martini & Rossi vermouth. Dry vermouth adds a nice element to a martini, but by itself, I don't really care for it.

So, having established that you can get a martini with gin, vodka or (unfortunately) neither, what else does the term "martini" encompass? There are the basic variations: dirty (includes olive brine), dry (very little vermouth), Gibson (garnished with a pickled pearl onion). There's The Vesper, which was invented by author Ian Fleming for his first James Bond book Casino Royale and contains both gin and vodka (but note, the Vesper is not what Bond usually orders, and if you recall what happened to Ms. Vesper Lind, then it's pretty obvious why he never drinks it). Then there's the flavored martinis, the most popular of which is probably the apple (sometimes called "appletini"), but I've seen pear, pomegranate, sake and melon. The term is even sometimes loosely used to apply to any type of higher-alcohol-content cocktail served up in a martini glass, like a cosmopolitan. That all sounds like fun, but when I think of a martini, I envision the classic gin version, and I want vermouth in it too.

So what do you need to know when ordering a martini? First, decide if you want gin or vodka and say so, then specify if you want it dry, shaken or stirred (resist the temptation to be cool like Bond and get it stirred the way it should be), and finally whether you want it up (without ice) or on-the-rocks, but know that if you choose on-the-rocks, it won't come in the cool martini glass, so order it up.

The popular ratio of gin to vermouth in a martini has changed over time. At first it was 1:1, but steadily more gin and less vermouth became popular, with an off balance ratio as much as 100:1 (at which point, why even bother with the vermouth, just admit that you want a glass of gin). More recently, with the resurgence of classic cocktails, vermouth is returning to the martini. Jim Meehan's The PDT Cocktail Book suggests 3:1; Jeffrey Morgenthaler's The Bar Book favors 4:1. Because I want mine a little dryer, I'm going with 6:1. And nodding to the original late 19th Century martinis--a subject I hope to cover in more depth later--I'm also including a dash of orange bitters.

Combine gin, vermouth and bitters in a cocktail mixing glass, Fill with ice and stir until very cold. Strain into a a chilled martini glass. Garnish with lemon twist.
Posted by Cook In / Dine Out at 12:00 AM