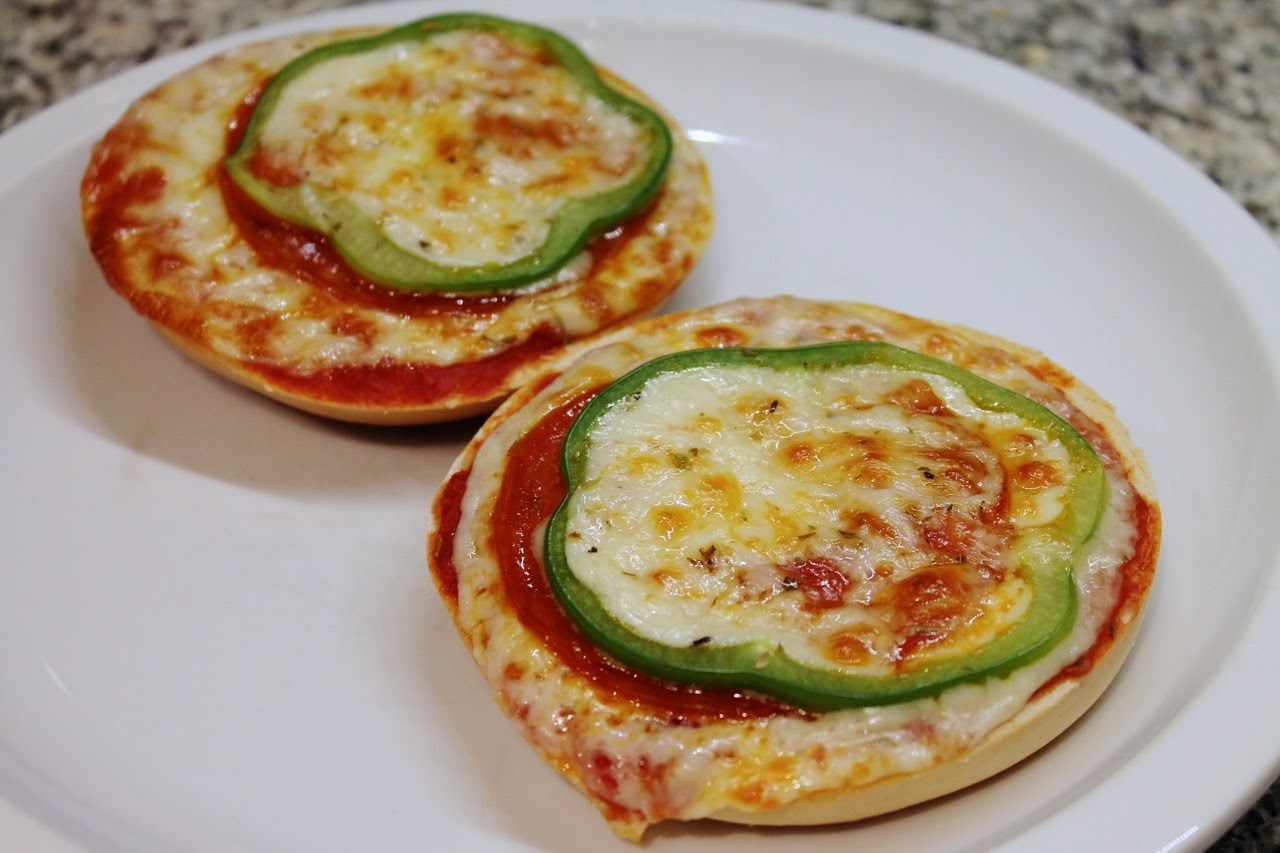 When I began thinking about what to feature for my week of 1990s foods, I did some research on what others recall as popular foods of the decade. Again and again I saw mentions of bagel pizzas (or pizza bagels, people seem to say it both ways).

Bagel pizza follow a similar trend from the 1980s: the french-bread pizza. Rather than building a pizza with a foundation of raw dough, you're starting with a pre-made bread product and topping it with whatever you like. It's the kind of time-saver recipe common then (and now), but with enough DIY that it feels more homemade than something popped in the microwave.

The recipe below is adapted mostly from The Frugal Girl, but I incorporated a few ideas from other sources. One recipe had the great tip of starting the pizza by placing a slice of pepperoni over the bagel's hole to prevent ingredients from falling through. Since I was using very large pepperoni slices, I cut them into quarters for this purpose. I changed the ingredients up, substituting provolone for the mozzarella and adding thin slices of green bell pepper. 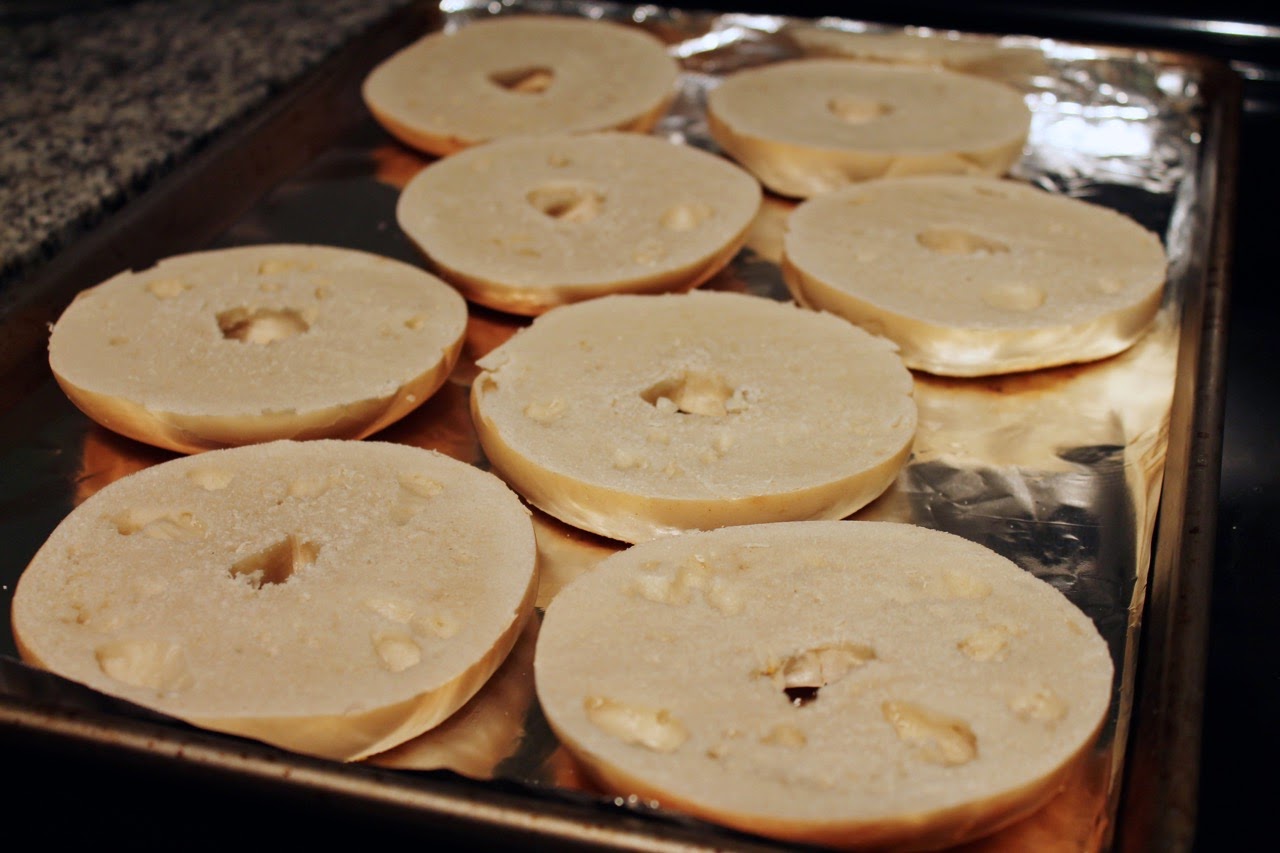 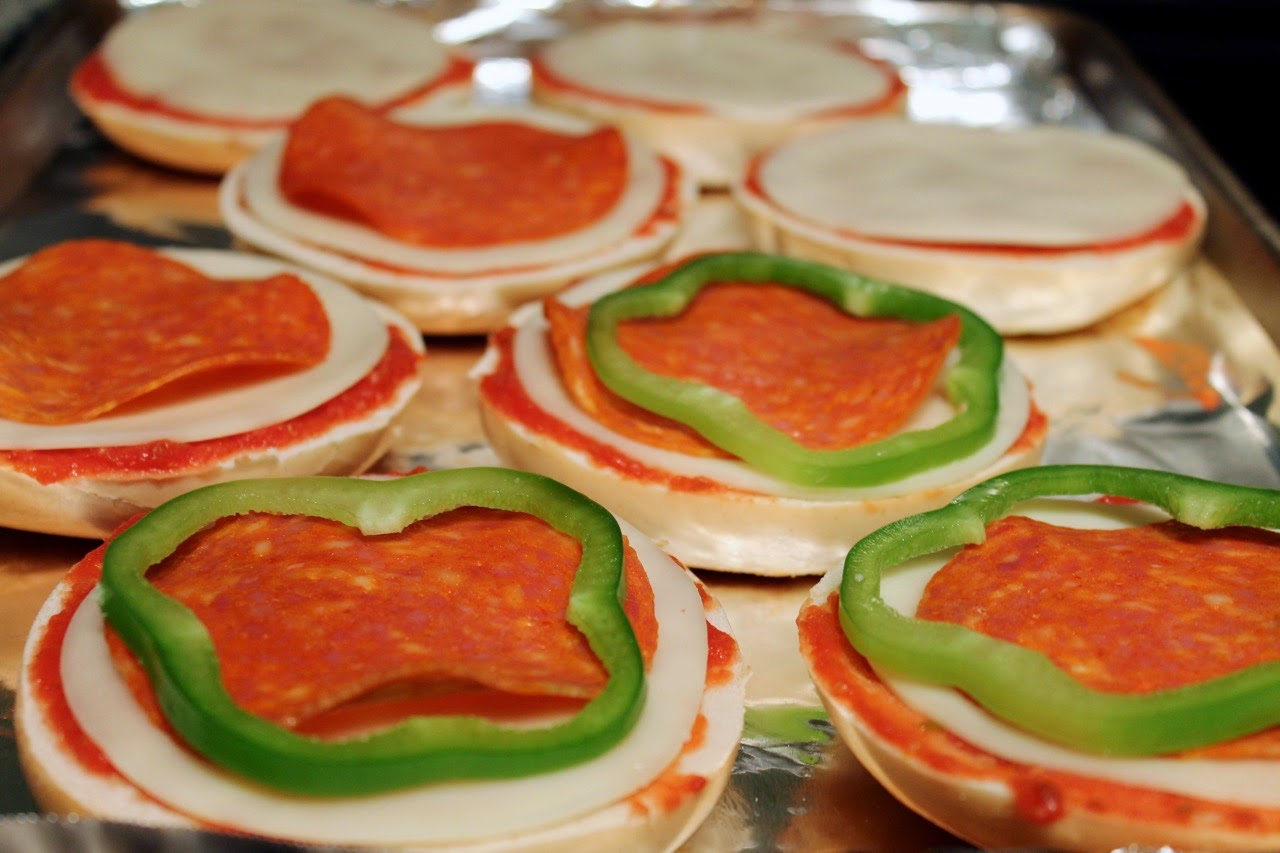 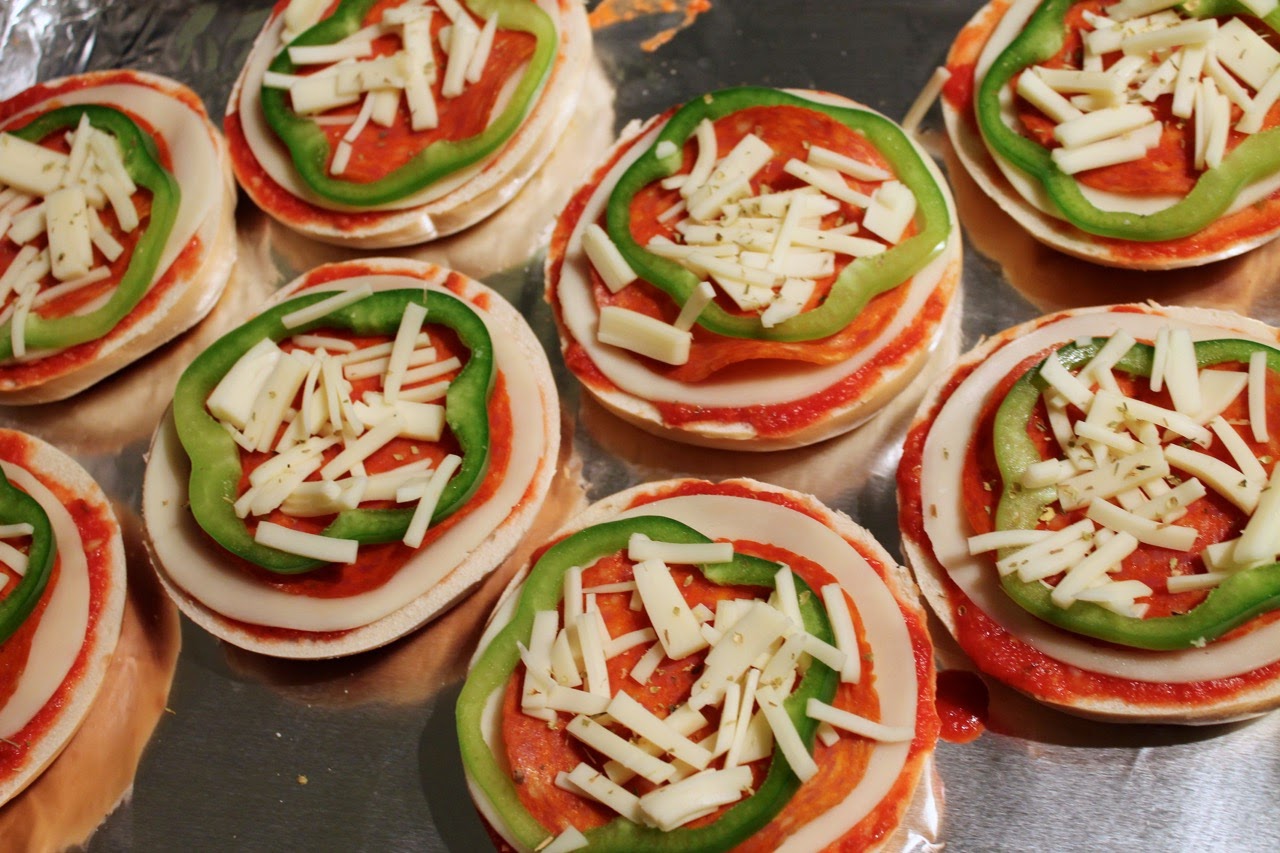 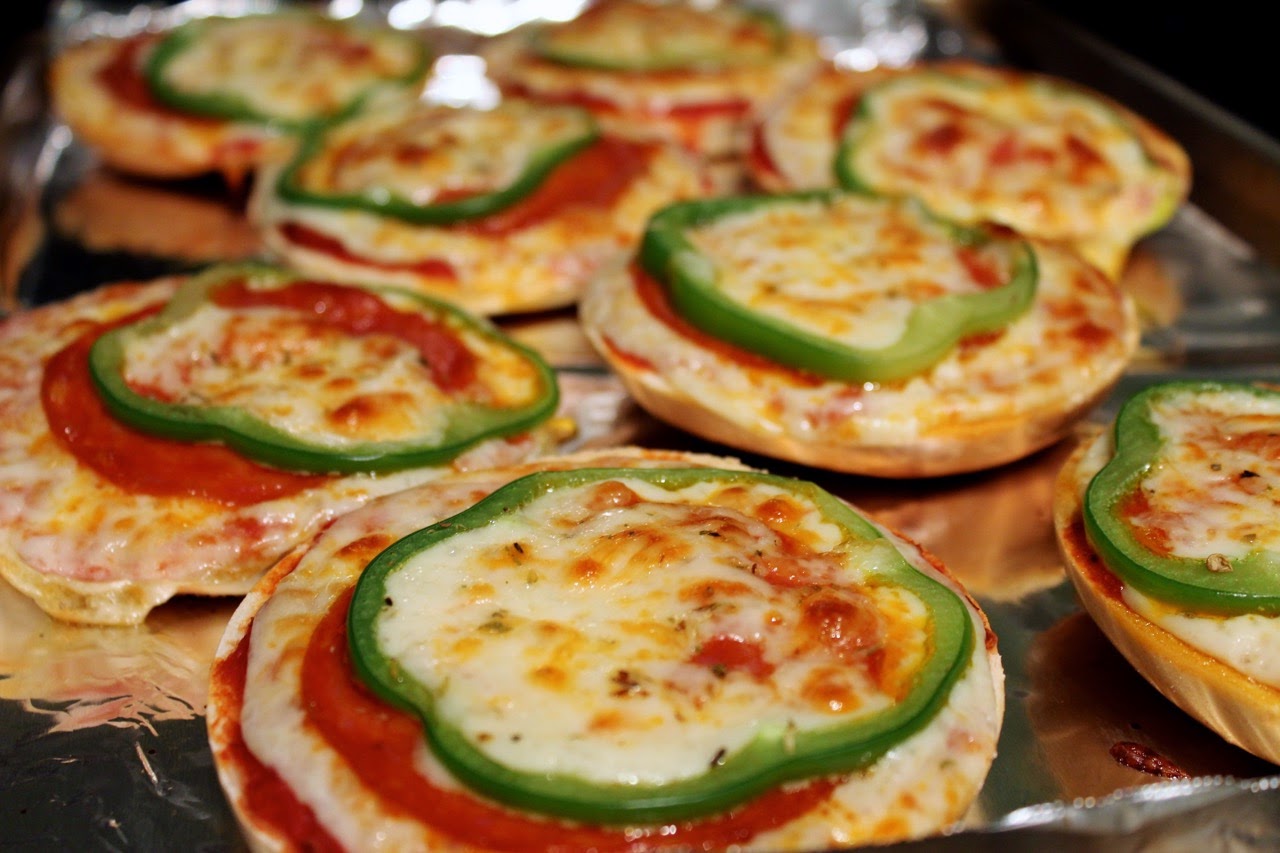 Bagel Pizzas
Adapted from a recipe by The Frugal Girl

5. Top the cheese with 1 large or 3 small slices of pepperoni and a slice of green bell pepper. Sprinkle any remaining cheese over the top (if using sliced provolone, chop the cheese into bits first). Sprinkle with dried oregano.

Heat olive oil in a medium saucepan over medium heat. Add garlic, chili pepper flakes and oregano and sauté until the garlic is fragrant, about 1 minute. Add the tomatoes, season with salt and cook until the mixture bubbles, then reduce heat and simmer for 15 minutes.
Posted by Cook In / Dine Out at 12:00 AM