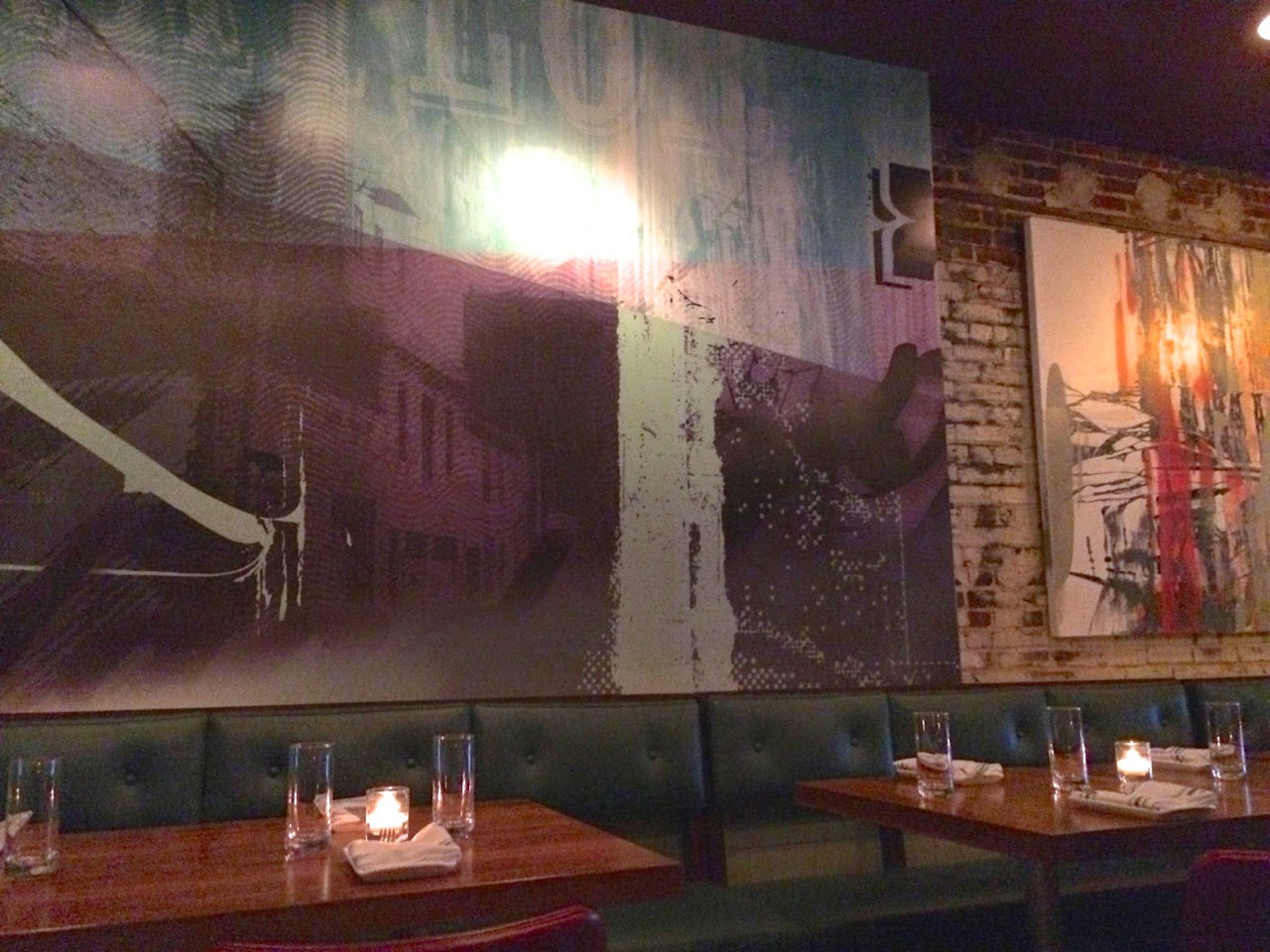 Have you noticed how restaurants can serve similar food, yet have markedly different personalities? I was struck particularly between the contrast in vibe between Clyde Common in Portland, Oregon and Thally in Washington, D.C. Clyde Common and Thally have similar menus: a refined list of fewer than 10 starters and entrees consisting of meat, seafood and fresh, seasonal vegetables.

Yet the vibe in the restaurants couldn't be more different. Clyde Common assaults you with its swagger of loud music and hipster-ish hostess and servers. It's that cool guy who's nice but has a bit of edge. He commands attention when he enters the room. Thally, in contrast, plays it cool. You might not notice him at first, but you'll be better off for getting to know him, for he's every bit as talented as his flashy rock-star colleague.

Thally is an attractive restaurant, a narrow space of exposed brick adorned with a cool collection of artwork. Thally's laid-back atmosphere, friendly service and thoughtfully composed dishes made for just the right evening when we wandered into the casual Shaw restaurant recently. In an age where so many restaurants feel the need to put on a show, it's nice that Thally lets its delicious food speak for itself.

And speak well it does, especially once it's in front of you. Thally's menu is refreshingly free of over-used adjectives like "heritage," "heirloom" and "farm-raised," employing instead descriptors like "grilled" and "roast" and listing the ingredients by name but without a treatise on their provenance. This makes the food sound pretty simple, but that's a deception, of sorts, as the thoughtfulness of chef Ron Tanaka's cooking becomes apparent once the food arrives at the table. 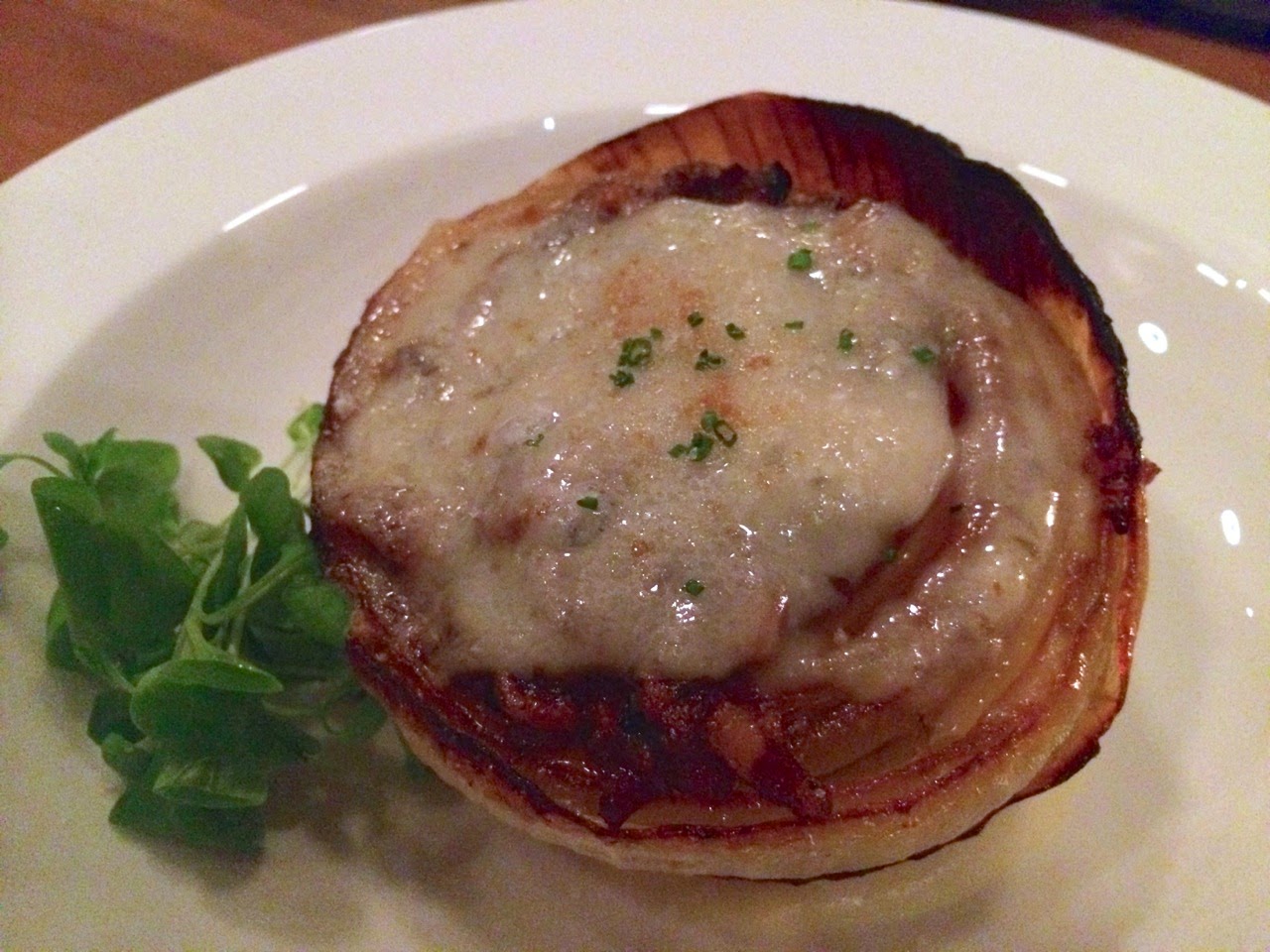 Take our starters: a bibb lettuce salad and a roasted onion. Sounds simple enough, yet both dishes had an expected degree of complexity. While eating the salad, for example, I loved the flavorful purple slices I thought were beets until Chris reminded me they were in fact wine-poached pears, which paired ("peared?") nicely with the lettuce--as fresh and flavorful as any lettuce I've had in a restaurant--and creamy burrata. A roasted onion may not seem like a typical candidate for a signature starter, but Thally's version, roasted with whiskey and augmented with bacon, bread crumbs and gruyere, is a fantastic way to start dinner on a homey, savory note. 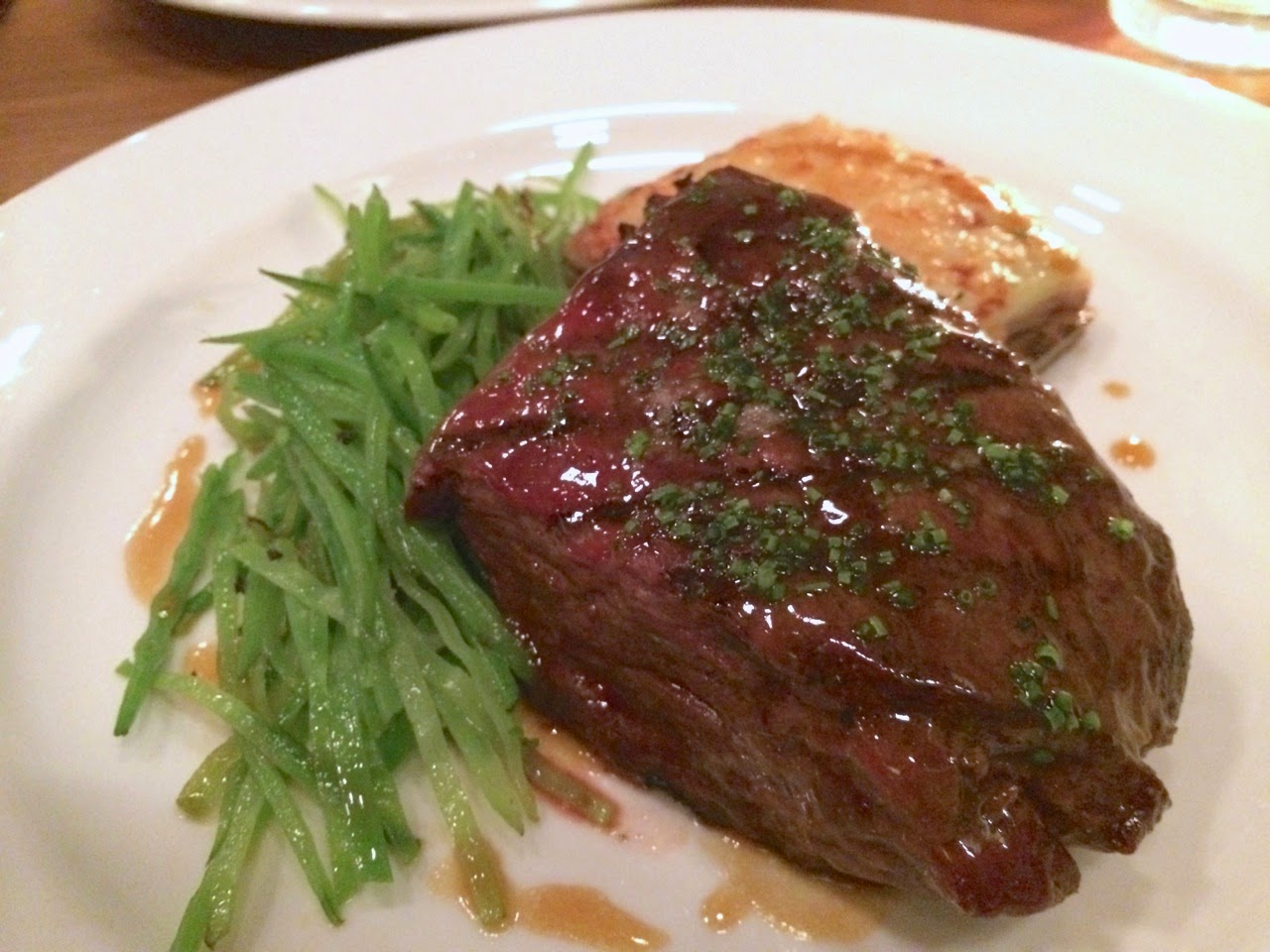 Tanaka's skill for pairing good flavors extended to our entrees as well. I particularly liked my grilled pork tenderloin, served with a bourbon sauce and candied pecans that were an excellent match for the flavorful, tender mustard-brined pork. The grilled flank steak was also quite delicious, although it was a bit tough; serving it sliced or providing a steak knife would have been a nice touch. We cleared our plates pretty quickly, leaving room for summery shortcake with ice cream and two types of cherries.


For drinks, Thally has a nice selection of craft cocktails. The Far East, a lemonade spiked with gin infused with peppercorn and lemongrass was refreshing although maybe a bit sweeter than we like.  I preferred the Ms. Rosemary Bulleit, a great example of a summer whiskey cocktail sweetened with white vermouth, maraschino liqueur and house-made ginger soda.

Casual-upscale restaurants serving fresh, seasonable food are a dime a dozen these days, although you'll generally shell out more than a few dimes for the food. On that note, I found Thally's prices to be reasonable, another good reason to visit in addition to the tasty food and very good service, which I found to be both friendly and knowledgeable. All-in-all, Thally provided us an enjoyable, relaxing Saturday night dinner. It may not have rock-star swagger, but it delivered plenty of hits.