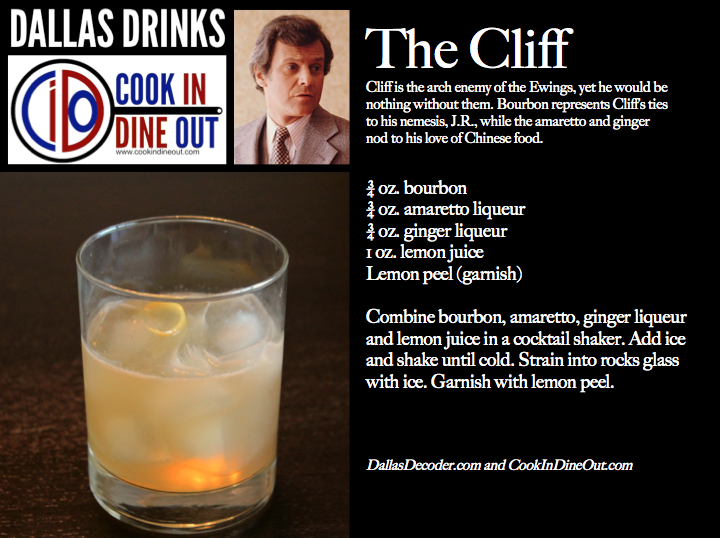 Dallas returns to TNT next week with the first episode of the second half of the third season. With Southfork engulfed in flames, it's sure to be a hot one.

Since I've already made drinks for all of the current show's regular characters, I've decided to honor the original series with drinks inspired by some of its characters. Cliff, of course, is a good bridge between both the original and new Dallas. A regular from the original show, during which he frequently schemed against J.R. and the other Ewings, Cliff was brought back as a recurring character on the new series and made into an outright villain.

Despite Cliff's life-long feud with the Ewings, he wouldn't be who he is without them, and thus bourbon, the drink of choice for the Ewings, courses through the Cliff cocktail as well. The other flavors nod to Cliff's love of Chinese food: amaretto, a principal ingredient in the Mai Tai, and ginger, a common East Asian flavor. The lemon is because Cliff is just such a sour guy these days.