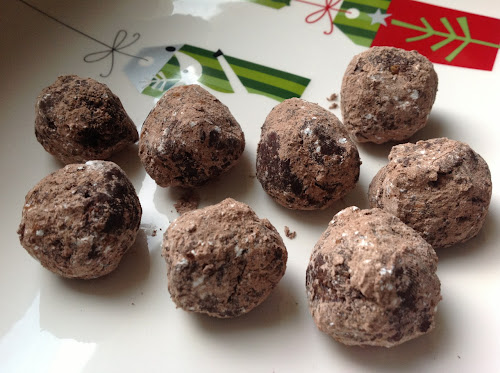 This recipe also appears this week on Dallas Decoder, representing the Ewings in the Barnes/Ewing holiday bake-off.

This recipe calls for using the oven, but only to toast the pecans. If you use a frying pan or skip that step, this is a no-bake sweet treat for the holidays. It’s really pretty simple too.


Never having made bourbon balls before, I was surprised to find this recipe calls for ground vanilla wafers instead of flour (which, if it did, would require baking). Vanilla wafers were a treat I loved as a kid, but have rarely had in the last 20 years. It was fun to snack on a few while making these. 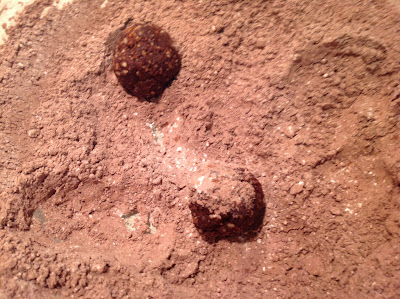 1. Preheat oven to 325 F. Spreads pecans on a baking sheet and toast in the oven for 6 minutes, rotating tray and stirring nuts halfway through. Set aside to cool.

2. In a food processor, grind vanilla wafers into crumbs. Add the pecans and process until finely chopped.

3. In a medium bowl, combine the crumb mixture, ¼ cup of the cocoa and ¼ cup of the powdered sugar. Add the corn syrup and bourbon and stir to combine thoroughly.

4. Whisk together the remaining cocoa and powdered sugar in a medium bowl. Form the crumb mixture into ¾-inch thick balls and roll the balls around in the cocoa-sugar mixture to coat them. Store in a sealed container for up to 5 days.