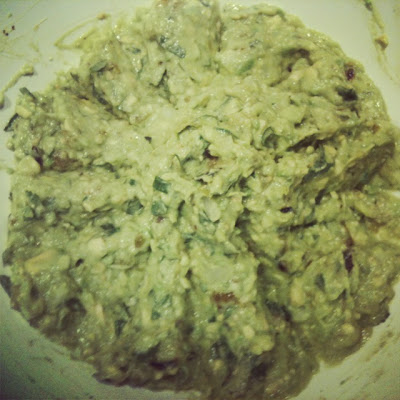 Guacamole is one of life's great comfort foods. With the weather warming up, a bowl of fresh guac with some salty tortilla chips and a frosty margarita feels more and more appealing.

Making guacamole is pretty simple and, apart from the two required basics (fresh avocados and salt), additional mix-ins make it a versatile treat. Fresh citrus juice, tomatoes, herbs and spices shape its flavor profile. For a long time, I made guacamole frequently (like every week), and my additions were lime juice, seasoned salt, cumin and chipotle chili powder, as well as tomatoes or cilantro if I happened to have them. Just don't overdo it: you want the avocado to be the dish's true star. One popular additive I don't endorse: sour cream. I know some people like this, but I think it ruins it. 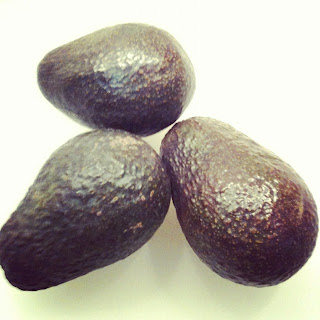 About the trickiest part is making sure the avocados are ripe. When unripe, their flesh is tough, which makes peeling and chopping them a pain. Plus you don't get that nice creaminess to the mixture. Overripe and they turn brown and mushy, which makes them unappetizing. To ripen them, just leave them out on the counter in a paper or plastic bag (don't put them in the refrigerator). Hitting that sweet spot can be tricky. If the avocado at the store is pretty green, you'll probably want them to set out for 2 or 3 days. If they're darker green toward brown but pretty firm, maybe just a day. If they feel at all squishy, don't buy them--they're overripe.

To peel them, I run a paring knife all the way around the avocado the long way, cutting through the flesh to the pit. Then I twist both halves; the pit will remain on one side. If the avocado is ripe, you can remove the pit with your fingers. If it's a little early, you might have to cut it out. I then cut the two halves in half again and peel off the skin with my fingers. 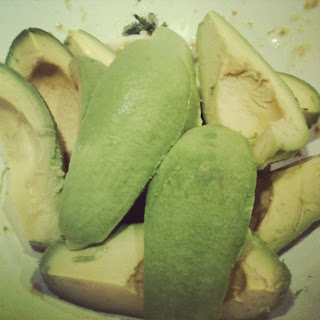 For this version, I chose to up my game by adding roasted tomatillo. Tomatillos look like little green tomatoes with a light brown papery wrapper. The wrapper comes off pretty easily, but the inside of it is sticky, so you'll want to wash the tomatillos after peeling off the outer skin. 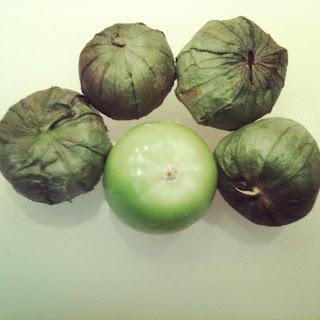 Roasting them is pretty simple: just broil them for about 7 minutes. They'll turn nice and black on top, adding a depth of flavor and bringing out their tangy sweetness. 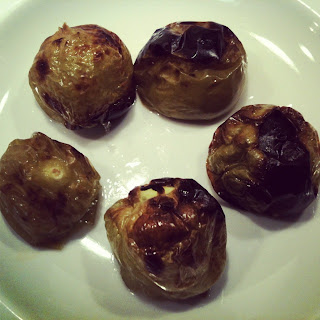 You can peel off the charred skin or just leave it on (I did) and chop the cooked tomatillos along with the other ingredients. 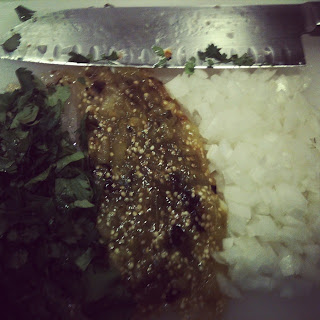 Traditionally, the avocado is ground in a rough stone bowl, the molcajete. Lacking that, as well as a mortar and pestle, I've developed what I think is a rather ingenious blending method: using a pastry cutter. It's really quite perfect, mashing the avocado into a creamy pulp while still leaving some nice-size chunks. 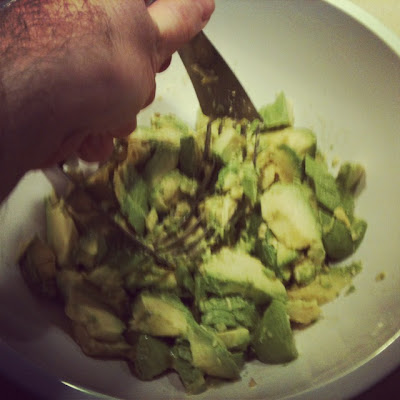 1. Move oven rack to position 5 inches from broiler and preheat broiler. Put tomatillos in a rimmed baking sheet and broil until softened and charred on top, about 7 minutes (watch to prevent burning). Set aside until cool and then chop coarsely.

2. Peel avocados and place flesh in a medium bowl. Using a pastry blender, mash and chop the avocado until it reaches a desired consistency (I like mine to be fairly chunky; keep going longer if you want it smoother).