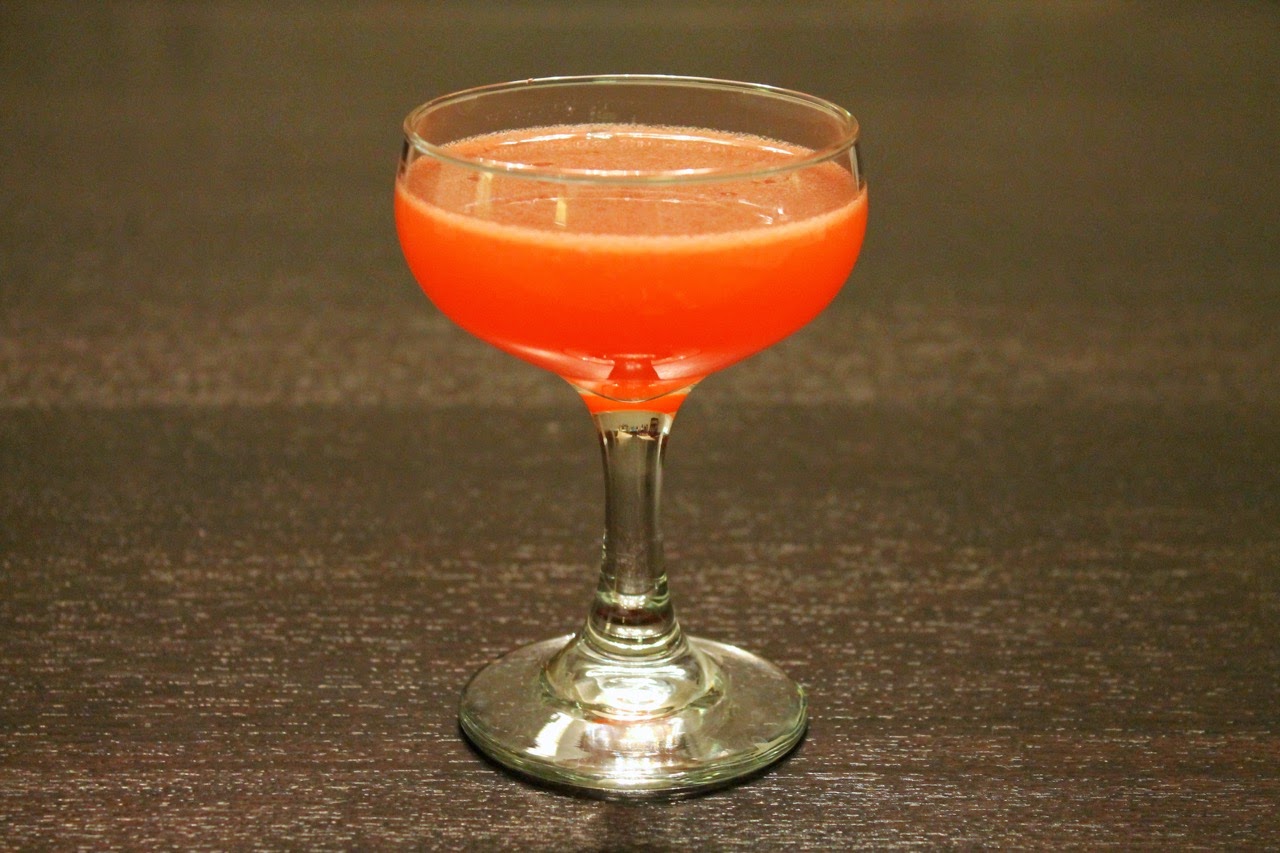 Selma is a biographical drama about minister and civil rights activist Martin Luther King, Jr. Rather than attempt to chart his entire life story, the film focuses on his 1965 efforts to march from Selma, Alabama to the state's capital, Montgomery, in an effort to raise awareness of widespread voter disenfranchisement preventing African Americans from voting. The movie is a testament to the bravery of these activists, whose nonviolent methods nonetheless subjected them to horrible brutality from police and others bent on stopping them. The movie is nominated for Best Picture and Best Song.

Because Selma is a movie depicting important historical events in the Civil Rights Movement, I wanted equality to be the theme behind this Oscar Cocktail. All of the ingredients are added in equal measure. It's a riff on other such cocktails like the Last Word.

Combine rum, Campari, liqueur and lime bitters in a cocktail shaker. Add ice and shake until very cold. Strain into a chilled coupe glass. No garnish. 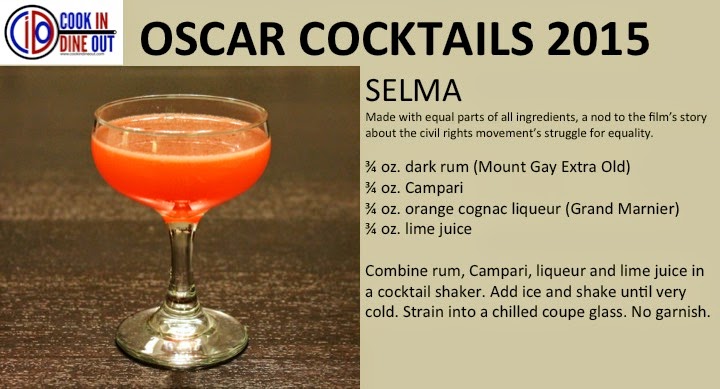 Correction: an earlier version of this recipe incorrectly called for lime bitters instead of lime juice.
Posted by Cook In / Dine Out at 12:00 AM