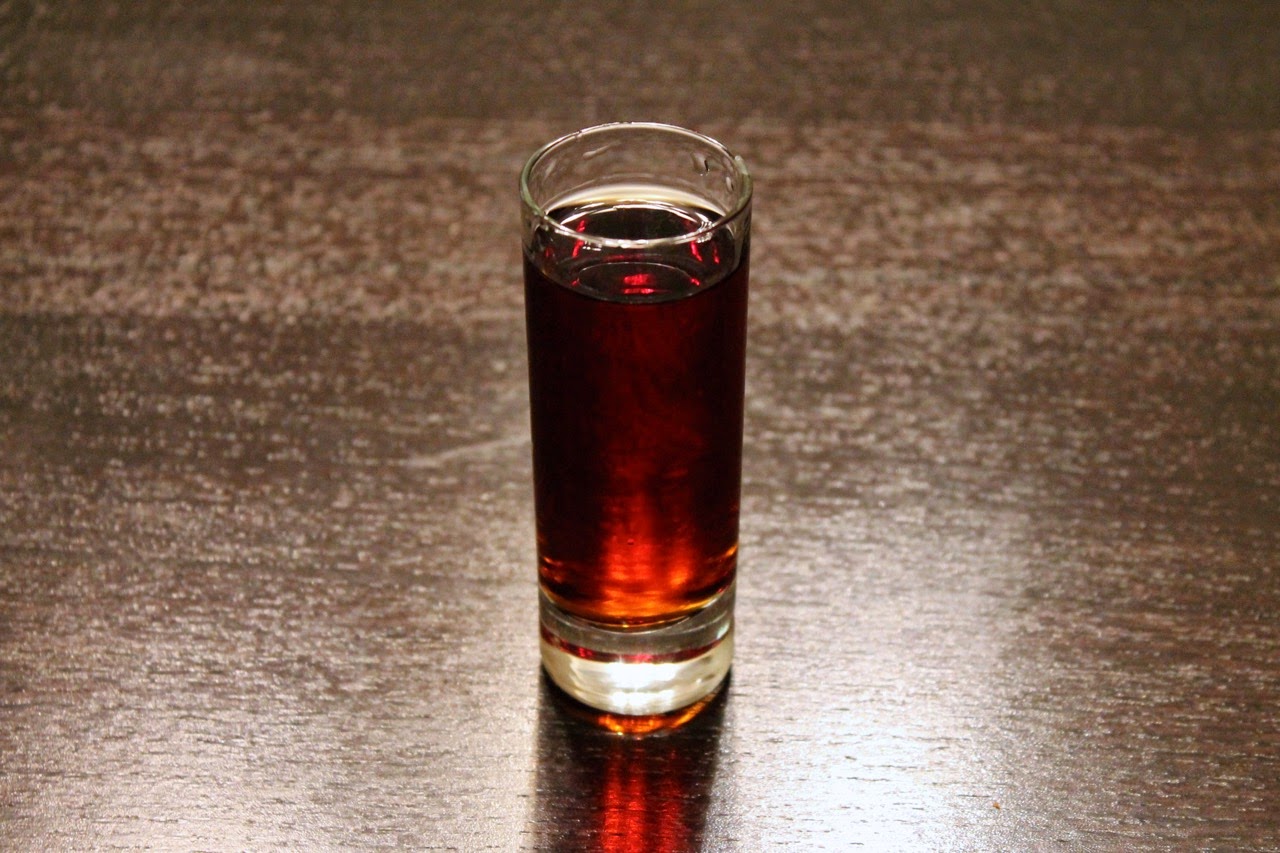 American Sniper is based on the story of U.S. Navy Seal Chris Kyle, known as the deadliest sniper in the Iraq War. The film is this year's biggest box-office hit among the Best Picture nominees. It is nominated for 6 Academy Awards including Best Picture, Director (Clint Eastwood) and Actor (Bradley Cooper).

One of Kyle's happiest moments in the film is the night he meets his wife in a bar. They drink whiskey together, so for the American Sniper Oscar Cocktail, I wanted a cocktail they could have shared that night. Given that the film is about a sniper, I did a shot version, although I prefer the drink chilled and served up.

Up: Combine whiskey, Jägermeister, orange liqueur in a cocktail mixing glass with ice. Stir until well chilled and diluted. Strain into a chilled coupe glass. Float the Scotch on top. No garnish. 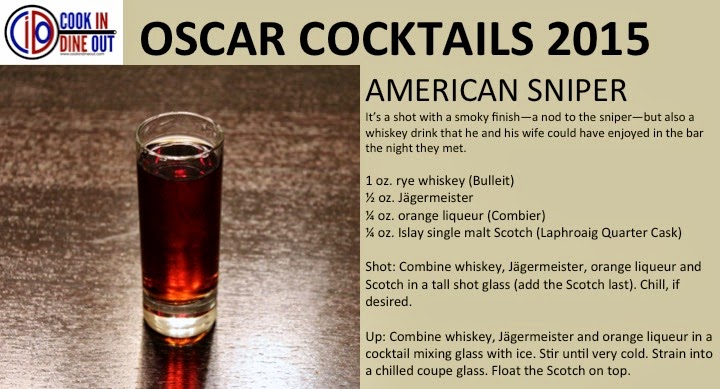