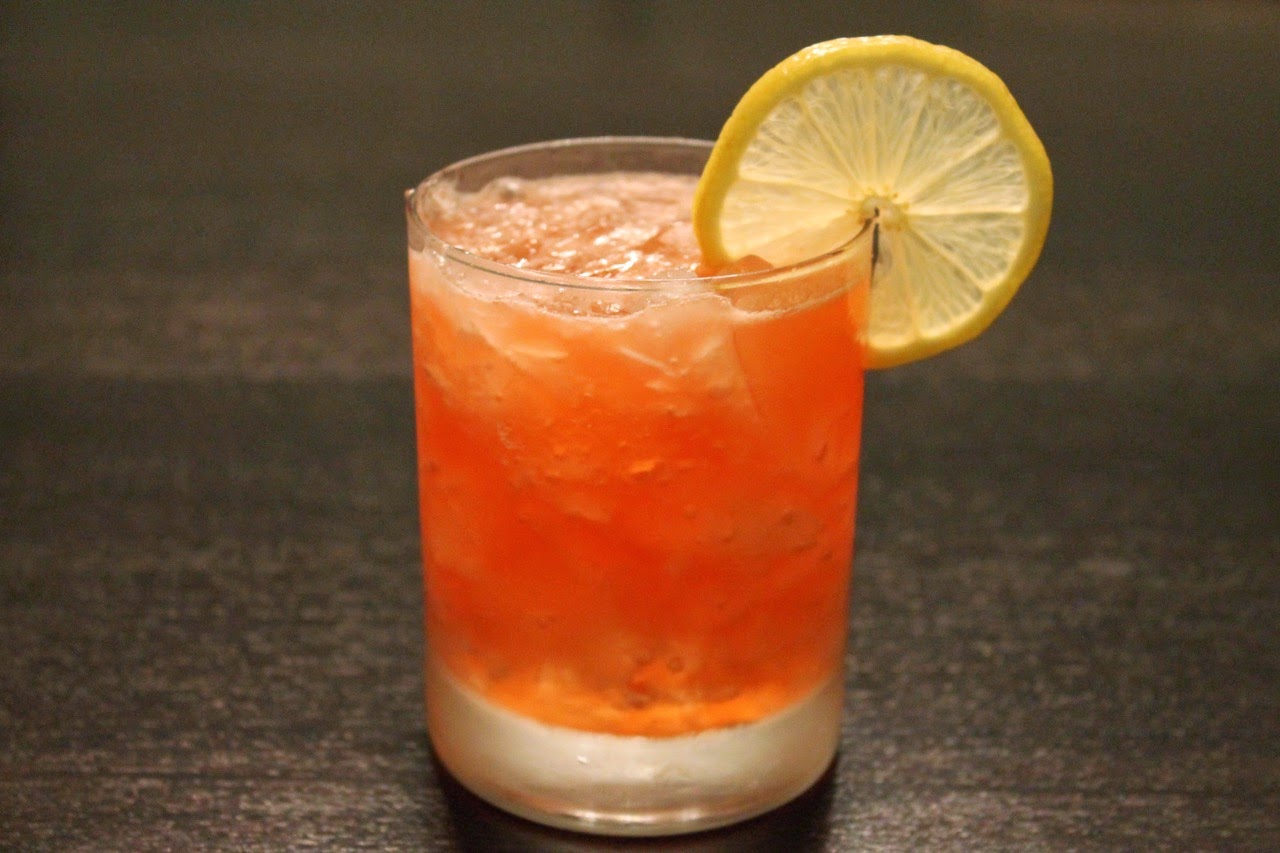 Gone Girl, directed by David Fincher and adapted from the popular novel by Gillian Flynn, tells the story of a seemingly normal and happy couple, Nick (Ben Affleck) and Amy (Rosamund Pike), whose lives are forever altered when Amy goes missing. But the truth of her disappearance is far more complicated and twisted than it at first appears. Gone Girl is nominated for the Academy Award for Best Actress (Pike).

At first blush, the Gone Girl cocktails looks like a sweet, refreshing drink--the kind of thing that would quench your thirst on a hot day. Yet this drink isn't all that it appears: it's got quite a fiery kick thanks to the spicy honey syrup made with Mike's Hot Honey. Sweet but with an unexpected fiery kick, just like Amy. The drink is also bright red, evoking the under-the-surface anger (and later bloodshed) in the film. I used Greenhook Ginsmiths American gin because it's made in Brooklyn, which is where Nick and Amy lived before moving to Missouri.