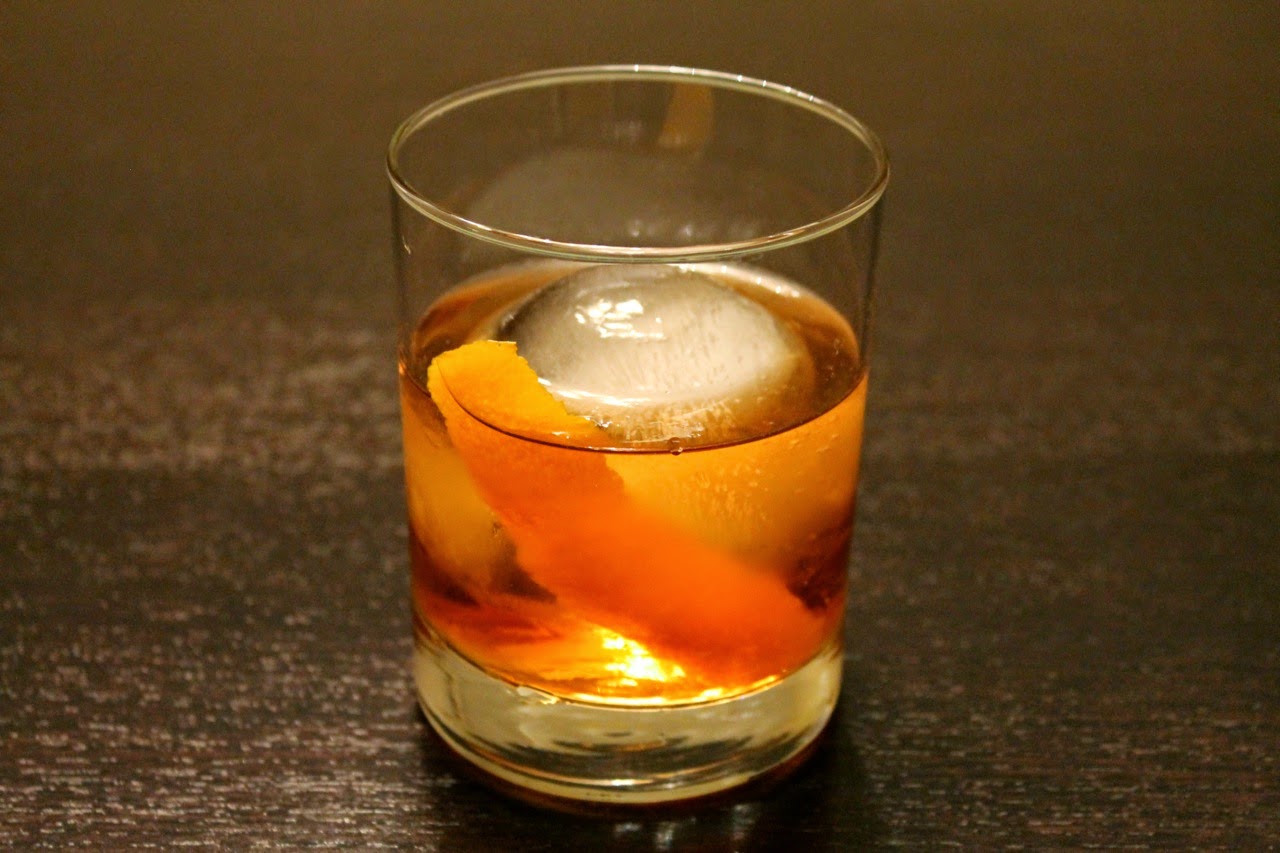 The Old-Fashioned isn't just aptly named because it's been around a long time. Its simplicity harkens back to the original cocktail, which I also discuss today. The Old-Fashioned came along a little later, in the late 1870s, during a time when cocktails were getting more experimental and asking for a cocktail that was "old fashioned" signaled something simpler, albeit improved with the addition of ice and a simple citrus peel garnish.

Some people make an Old-Fashioned that resembles a muddled fruit cup with a little whiskey poured over it. When you consider the origin of the drink, that doesn't sound very "old fashioned" at all. The simplicity of the Old-Fashioned is what makes it great. It's the essential cocktail: a base spirit (in this case whiskey) modified with something sweet (sugar) and something else (bitters and the oils from the citrus garnish).


Angostura bitters is the typical choice for an Old-Fashioned, since it's been around a long time. But other bitters may be used, which wouldn't be un-traditional, given the plethora of bitters that would have been around at the time the drink originated. I made mine with Fee Brothers Whiskey Barrel-Aged Bitters, which adds a bit of cinnamon spice along with woodsy depth to the drink. Fee Brothers makes a limited run of these bitters every spring, using charred oak whiskey barrels.

Originally, the Old-Fashioned was made with a sugar cube, so muddling was required even if you forgo the fruit salad garnish. Brad Thomas Parsons prefers simple syrup for his Old-Fashioned recipe in Bitters, and I'm with him. Since the sugar is already dissolved, it mixes better with the other ingredients. And you're still being true to the original recipe by adding sugar and water.

2 oz. whiskey (bourbon or rye; I went with Buffalo Trace bourbon)
1/4 oz. simple syrup (may substitute 1 tsp. of sugar and 1 tsp. of water if you really want to be traditional)
2 or 3 dashes Angostura or other aromatic bitters (I used Fee Brothers Whiskey Barrel-Aged Bitters)
Lemon or orange peel garnish

Combine whiskey, simple syrup and bitters in a cocktail mixing glass with ice. Stir until chilled and diluted (about 20 seconds). Strain into an Old-Fashioned glass with a single large ice cube. Squeeze the lemon or orange peel over the drink to express its oils then drop the peel in.

Related Posts:
Cocktail Bitters: An Introduction and History
Fancy Gin Cocktail (with Boker's Bitters)
Posted by Cook In / Dine Out at 12:00 AM