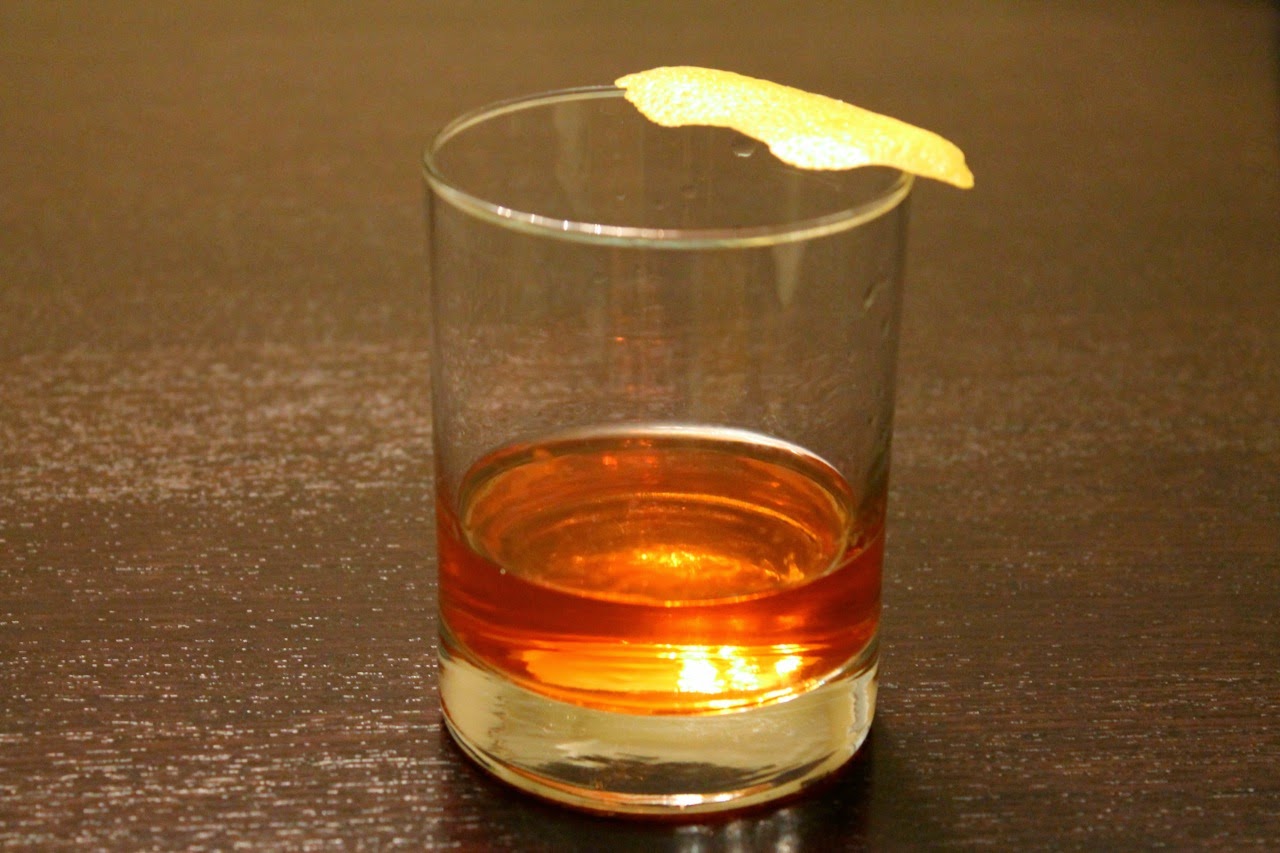 They may be called for in fewer cocktails than Angostura bitters, but Peychaud's bitters have an important place in cocktail history and share very tight bond with the Sazerac cocktail.

Peychaud's bitters were created in the 1830s by New Orleans pharmacist Antoine Amédée Peychaud. Dale DeGroff cites them as the first commercially produced bitters. They became popular in New Orleans "coffeehouses" (a.k.a. "bars"), and in 1850 the Sazerac Coffee House began mixing Peychaud's bitters with its exclusive imported cognac, Sazerac de Forge et Flis. They later changed the cognac to rye whiskey (Buffalo Trace, which produces Peychaud's bitters, also makes a Sazerac Rye) and added the absinthe rinse (later replaced by Herbsaint, another Sazerac Company product, due to restrictions on absinthe in the U.S.). That coffeehouse and Peychaud's bitters were later bought by Tom Hardy, and the bitters are still distributed by the Sazerac Company, making the Sazerac not only a historic drink but a real brand-name cocktail too.

Peychaud's bitters have a sharp but less spicy taste than Angostura. Both are made with gentian root, but it lacks the same sharp spiciness and has a more floral quality. Perhaps because they're dyed red, Peychaud's bitters seems a little more "medicine-y" than Angostura bitters.  By itself, I don't find it as appealing as Angostura, although when diluted with club soda, it's not so bad. It's a lot better in a Sazerac though. 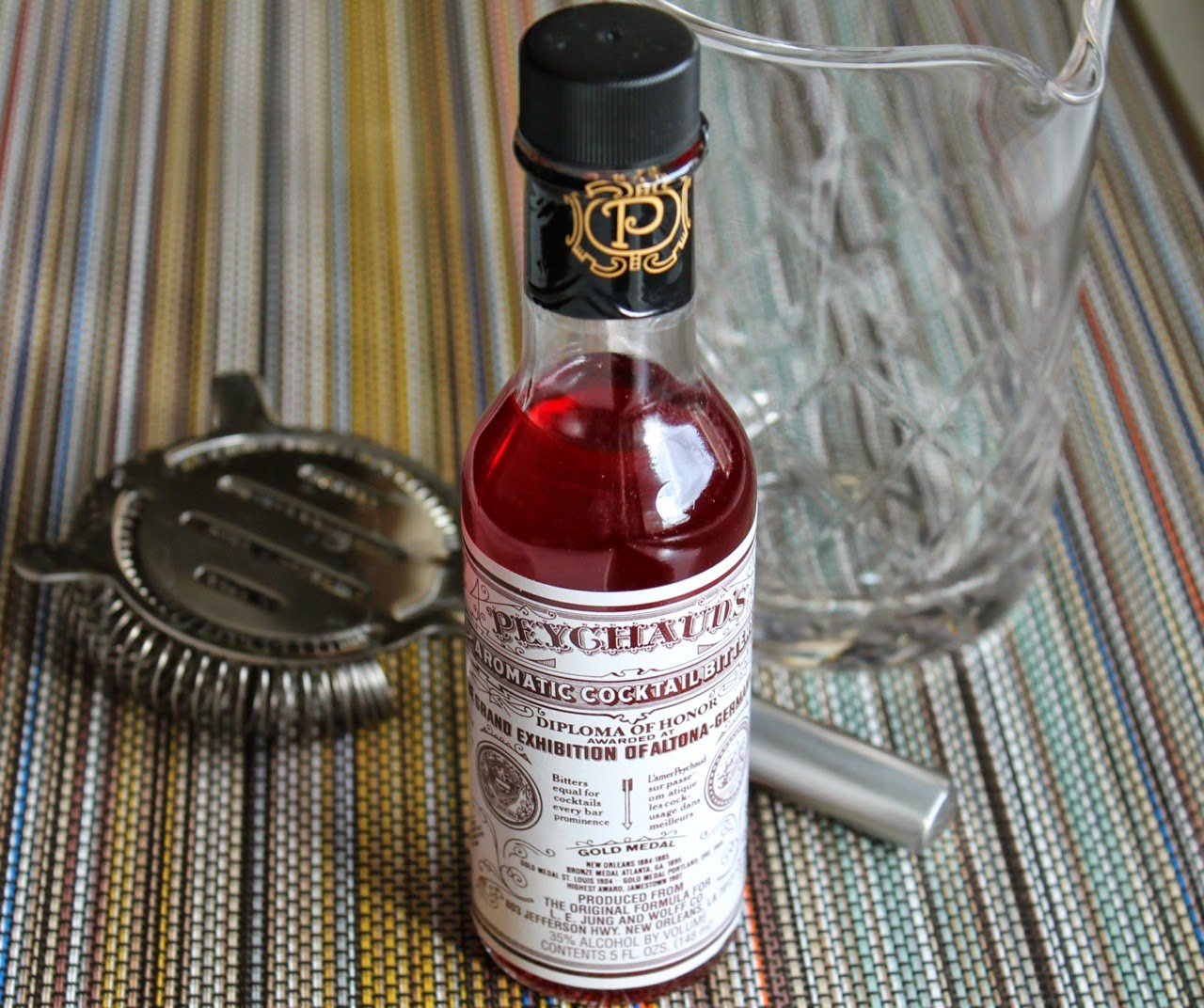 Traditionally, this is made with a muddled sugar cube, but to simplify and better mix the sugar into the drink, I used simple syrup. In the PDT Cocktail Book, Jim Meehan says to twist the lemon peel over the drink and discard it, although I like better Brad Thomas Parson's suggestion in Bitters to rest it on the rim of the glass.

Add the absinthe to a chilled rocks glass, swirl to rinse the glass and dump out the excess. Combine the simple syrup (or muddled sugar cube), whiskey and bitters in a cocktail mixing glass half filled with ice. Stir until chilled and diluted and strain into the rocks glass. Squeeze the lemon peel over the drink, then rub it around the rim of the glass. Serve the drink with the peel resting on the rim of the glass.

Related Post: Cocktail Bitters: An Introduction and History
Posted by Cook In / Dine Out at 12:00 AM