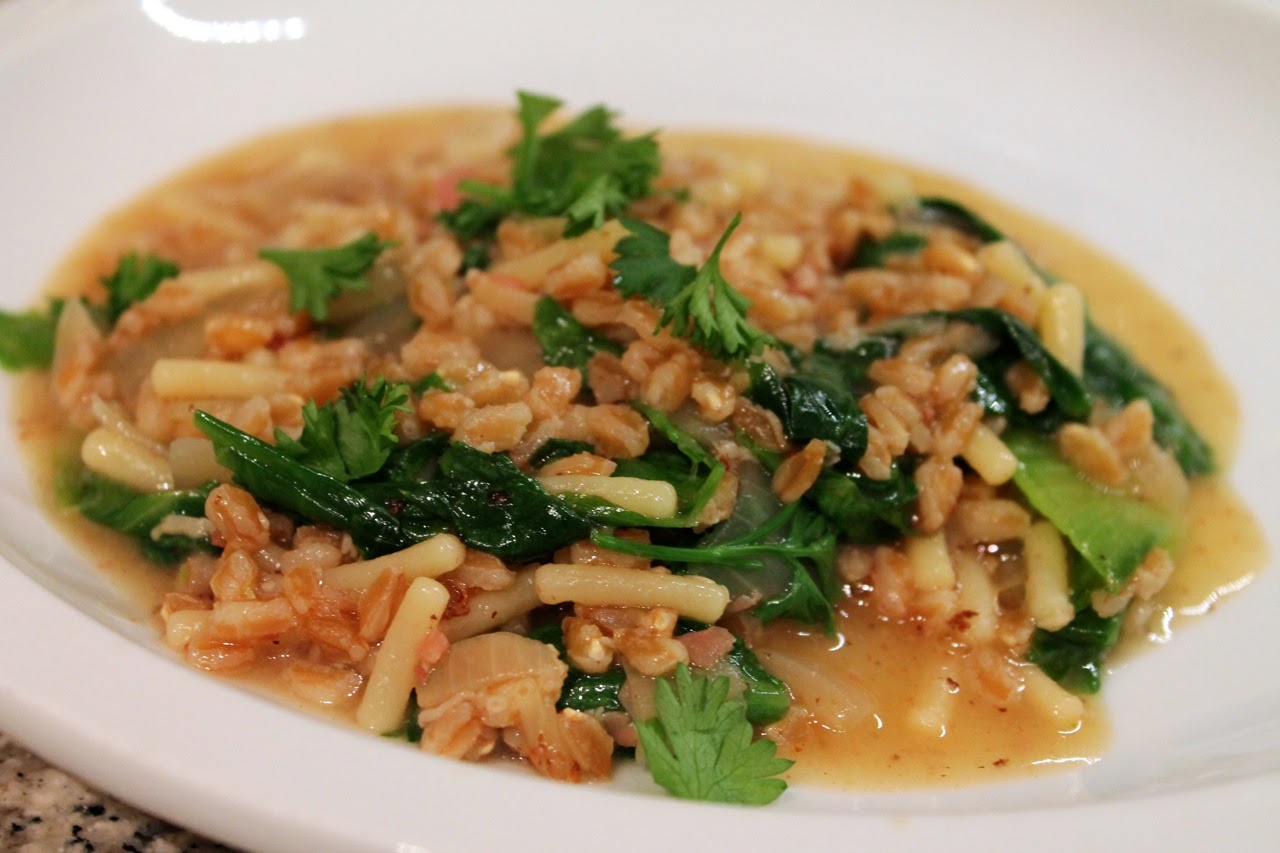 Here's another good use for farro, the chewy having-a-moment wheat grain. This recipe makes a simple pilaf perfect for a side dish to a meat or other vegetable entree. I've paired the farro with brichetti, a stubby pasta that resembles broken spaghetti.

2. Add the chicken broth, stir to scrape up any bits from the bottom of the pot and bring to a boil. Reduce heat to simmer, covered, for 30 minutes. Remove lid and stir in the escarole. Cook until wilted, about 5 minutes. Stir in the parsley and serve.
Posted by Cook In / Dine Out at 12:00 AM