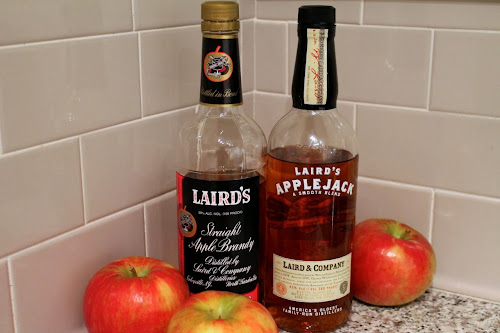 Great week for the Washington Post! Normally I don't include more than one or two stories from a single publication, but the Post really had a banner week.

Washington Post: “Cook smarter. You’ll be happier in the kitchen,” by Bonnie S. Benwick.
Cooking doesn’t have to be complicated. But people like me who cook a lot probably take it for granted that for many, walking into the kitchen to prepare a meal from scratch, even from a recipe, can be a daunting task. Bonnie Benwick offers tips that can help the novices and even the pros maneuver their kitchens in a smarter, more efficient manner. Bonnie’s first tip is a really good one: read through a recipe with a critical eye. She says, “…nobody likes the surprise of a stop in the action to soak beans or pickle something.” So true. I’ve been stopped dead in my tracks a few times by a “chill overnight” instruction for a dish I’m hoping to have ready in a few hours. Skipping that step generally results in disaster. Another gem I employ a lot: “There’s no need to chop everything beforehand if the first ingredients need to marinate or cook/bake for a while; those minutes can be used to prep what’s next on the list.”

Washington Post: “ScratchDC vs. scratch cooking: Does convenience come with a hidden cost?,” by Tim Carman.
Seems lots of people are getting back into the habit of really cooking again, but it can be hard to balance a full-time or more job with making dinner for an hour or more on the same day. In comes ScratchDC to the rescue, a company that delivers to your home prepared kits of pre-measured ingredients with recipes so that you can make dinners like Chicken Cacciatore Over Farfalle and Eggplant & Chickpea Coconut Curry Over Rice. Basically, they’re removing the time and guesswork involved in grocery shopping, prep and measurement (this fun video explains how it works). Carman took it upon himself to compare a ScratchDC-prepared meal with an actual cooked-from-scratch meal, as well as one prepared from convenience food (i.e. pre-prepped foods from the grocery store). I won’t give away his results, but they weren’t what I was expecting.

Washington Post: “Unearthed: GMO common ground: Where supporters and opponents agree,” by Tamar Haspel.
Continuing her Unearthed column examining different sides on key food debates (her last column, also on genetically modified organisms or GMO, appeared during a week I didn’t publish The Feed), Haspel asks supporters and opponents to list both benefits and problems with GMO in attempt to find common ground on this hottest of hot contemporary food debates.

Washington Post: “Spirits: The taste of apples, distilled,” by M. Carrie Allan.
Perfectly timed for the arrival of fall’s true chill, Carrie Allan writes about apple brandy, touching on the history of apples’ role in alcoholic beverages with a particular focus on Laird & Company, the longstanding company famous for its apple-based spirits, particularly applejack. Allan also offers a recipe for a the “Modernized Scotchem,” an updated take on a classic apple cocktail made with sharp and sweet mustard.

Washington Post: “Going Out Guide: Cookbook author Hank Shaw talks ducks, geese ahead of Range dinners,” by Tim Carman.
I know I mentioned Tim Carman above, but I couldn’t take a pass on including his interview with Hunter Angler Gardener Cook blogger Hank Shaw where they talked about cooking duck. Shaw was in town last week, cooking at Range to promote his new cookbook, Duck, Duck, Goose.

Buzzfeed: “The Easiest Thanksgiving That Anyone Can Make,” by Christine Byrne.
“So you’ve never cooked Thanksgiving before?” That’s the question that begins this clever post that provides simple instructions with many helpful visuals for making a simple 5-recipe Thanksgiving dinner. Byrne cuts a few corners, fine for a novice cook (like pre-made pie crust), but I definitely wouldn’t recommend making mashed potatoes with a hand mixer (use a potato masher—the mashed potatoes should have some texture). I love that she included Brussels sprouts.

Time: “7 Foods That Won’t Be the Same If Trans Fats Are Banned,” by Alexandra Sifferlin.
A lot has been said this past week about the FDA’s proposal to eliminate trans fat. Sifferlin’s story looks at the consequences, not for our health, which would almost certainly be positive, but how it might affect a handful of popular foods.

New York Times Magazine: “The Great Old-Fashioned Debate,” by Rosie Schapp.
It’s probably not as “important” as the GMO food debate mentioned above, but nonetheless, arguments about the proper styling of an Old Fashioned cocktail can get just as heated. With vintage cocktails having made a popular resurgence, the minimalist original version of the Old Fashioned is holding sway these days. But Schapp has a soft spot for the muddled fruit version--the first style she learned to make. Reminds me of how I feel about chardonnay. Sure the unoaked variety is all the rage these days but dang if I don't prefer the big, buttery, oaky traditional California style.

Wall Street Journal: “Some Food Companies Ditch 'Natural' Label,” by Mike Esterl.
Despite strong sales for foods labelled "natural," many companies are ditching the adjective amid false-advertising lawsuits. A lack of a clear definition and disagreement over whether foods containing processed ingredients may be labelled natural has also eroded its popularity. I completely support this. Sure "natural" sounds good, but without a clear definition, you really don't know what you're getting from a "natural" product versus one without such a label (unnatural, perhaps? who knows).
Posted by Cook In / Dine Out at 12:00 AM