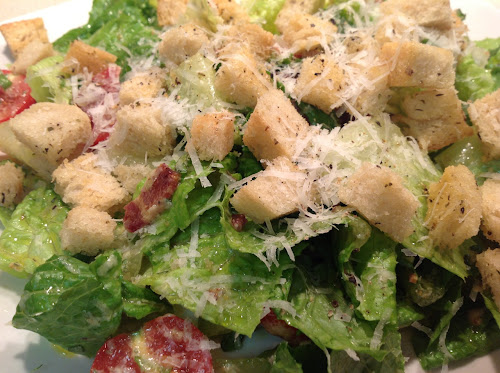 My blog’s first recipe posted almost a year ago was the Astoria Salad, an updated take on the classic Waldorf Salad that originated in the kitchen of the Waldorf-Astoria Hotel. To celebrate my 1-year anniversary and kick off a series of salads for New Year’s, I offer another famous restaurant salad creation, The Canlis Salad.

Canlis is a restaurant in Seattle I’ve never been to but would love to visit. Its perched-on-hill, Frank Lloyd Wright-ish architecture evokes the cool hideaway at the end of Hitchcock’s North By Northwest. The large picture windows look out not at Mt. Rushmore but of the city, Lake Union and the Cascade Mountains. With a view that stunning they could probably serve cold cereal and still pack in the crowds.

But as tempting as it may be to bank on the view, from what I’ve read, Canlis is committed to having a good kitchen too. In October,  Eater Seattle included it on a list of the 38 Essential Seattle Restaurants, saying its “food and service has no peers in Seattle.” 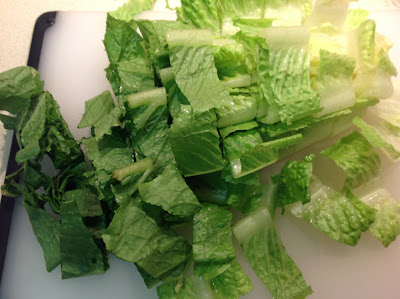 The current season of Top Chef, which was filmed in Seattle, took over Canlis for an episode during which the contestants had to cook the restaurant’s menu from its opening night in 1950.

One of that menu’s dishes that endures to this day is The Canlis Salad. It’s similar to a Caesar Salad but with a more interesting flavor profile thanks to the fresh herbs, particularly the prominent mint. I attempted a faithful recreation based on the recipe available from the Canlis website. 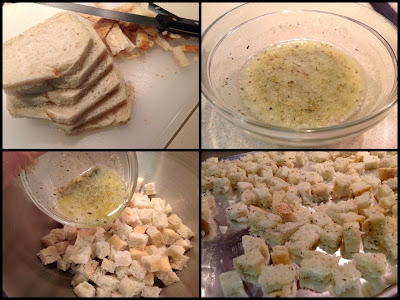 Making the homemade croutons was one of the best parts. After putting them in the oven, I was left with the bread crusts and the remnants of the butter, garlic and herbs in the mixing bowl. Sometimes I think it’s unexpected snacks like this that make cooking most enjoyable. Within 10 minutes the kitchen smelled really good too. 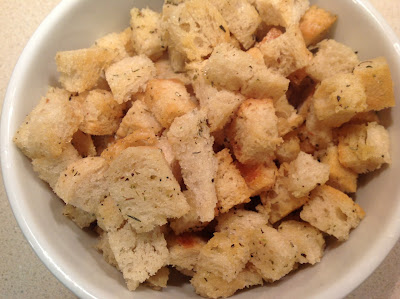 A note about tellicherry peppercorns: they may look like your garden variety of peppercorn, but they are special, allowed to ripen longer than other types of peppercorn so they develop more complex flavor.

1. Make the croutons. Preheat oven to 300 F. Melt butter in small bowl. Stir in garlic powder, Italian seasoning and salt. Add bread cubes to a large bowl, pour butter mixture over cubes and toss to coat evenly. Bake in the oven about 25-35 minutes until lightly browned and dried out (croutons will continue to dry out after removing from oven). Set aside to cool.

2. Make the dressing. In a medium bowl, whisk together the lemon juice, olive oil, egg, pepper and salt.

3. Add the lettuce, tomatoes, scallions, mint, oregano and all but two tablespoons of the cheese to a large bowl. Toss with the dressing. Divide the salad onto plates. Top with croutons and the remaining cheese.
Posted by Cook In / Dine Out at 7:00 AM