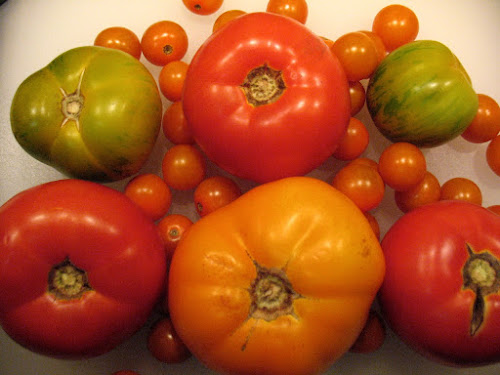 Tomatoes: Get Your Summer Fix

I love fresh tomatoes, and I eat them rabidly from June through September when they are available from my farmers market, New Morning Farm. The rest of the year, I eat tomatoes rarely--occasionally I'll make something with canned tomatoes. But from October to May I won't buy tomatoes at the grocery store, for the simple reason that they aren't very good.

Tomatoes are a temperamental vegetable (or fruit, if you want to get technical). They bruise easily and they don't store well. Through selective breeding, some growers have developed tomatoes can grow year-round and store and transport well, but in doing so, they have sacrificed what's important about tomatoes: their flavor. Cut open a tomato from the grocery store and you'll find a whitish mealy inside. Taste it, and there will be little tomato flavor. It's no wonder a lot of people claim they don't like tomatoes if this is what they mostly experience.

In contrast, cut into a seasonally ripe summer tomato and it will be vibrant red inside, juicy and flavorful. That's what tomatoes should be like, and I load our menu with them at this time of year.

The simplest way to serve tomatoes is raw in a salad. Inspired by the ingredients of a Manhattan-style chowder, I created this Manhattan "Chowder" Salad with broiled salmon, fresh tomatoes, fried potato cubes--a stand-in for croutons--and other ingredients. No-cook recipes, the kind you might make when it's just blisteringly hot outside, are another good way to make use of raw tomatoes. I loved this recipe I found in a recent issue of Bon Appétit, Flatbread with Tomatoes, Chickpeas and Cucumber-Yogurt Sauce. It's like an uncooked pizza and perfect with a variety of fresh heirloom tomatoes. For more "no cook" ideas, some with tomatoes (some without), check out my 8-2-Eat No Heat Dishes list.

Of course, summer tomatoes are also good cooked. One of the first recipes I learned to make with fresh tomatoes is the Pasta with Quick-Cooked Tomato Sauce from Julee Rosso and Sheila Lukins' classic The New Basics Cookbook. I've adapted the recipe a bit to take advantage of another wonderful summer ingredient: fresh basil. This is a good recipe for a weeknight, as its done in under 30 minutes.


When you have more time available, recipes with roasted tomatoes are where it's at. Roasting concentrates tomatoes' sweet and savory flavors. I added roasted tomatoes to Japanese Yaki Udon, a fried noodle dish, to create Roasted Tomato Yaki Udon, a sort of "Japanese spaghetti." Tomatoes, roasted alongside eggplant, bell pepper, zucchini and onion, form the backbone of Roasted Ratatouille Pasta, which also features a garlic and white wine sauce. Substitute olive oil for the butter and you have a delicious summer vegan dish. 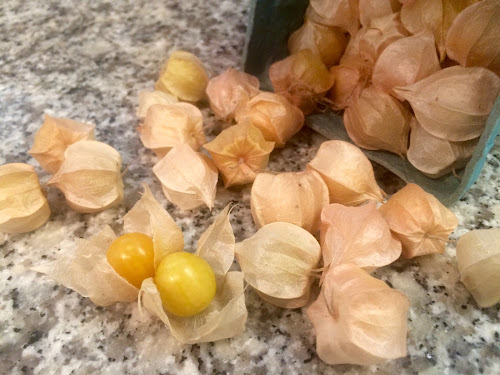 We all know the story of George Washington chopping down a cherry tree, but if he'd instead had ground cherries, which grow on vines, he might not have been so tempted. Ground cherries look like small tomatillos, as they are encased in papery skin, although when the skin is removed, they look more like golden grape tomatoes. However, they don't taste at all like tomatoes--they are sweeter and fruitier, more like pineapple. I used them in an Asian Slaw with cabbage, cilantro, peanuts, chicken and a ginger dressing. 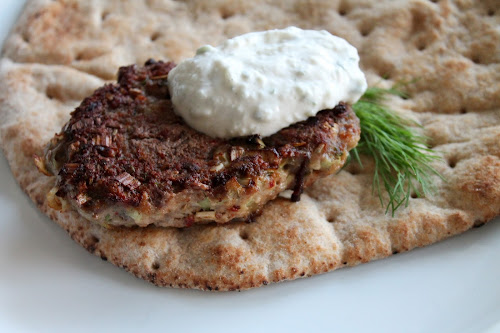 Greek Burgers: The All-American Dish Gets a Greek Makeover

Burgers are enjoyed year-round of course, but there's something particularly special about burgers during the summer, especially if you grill them. Although quintessentially American, burgers have demonstrated remarkable flexibility lately, making way for all sorts of interpretations (kimchi, anyone?). I go Greek with this recipe, made with ground lamb instead of beef, topped with tzatziki and nestled into a pita. 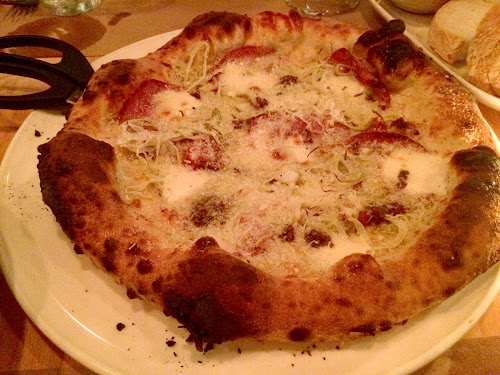 If you can't physically get out of D.C. during the hot, humid summer, you can at least get a little mental escape through amazing food. Our dinner at Ghibellina hit the spot with delicious salad, corn ravioli and pizza. 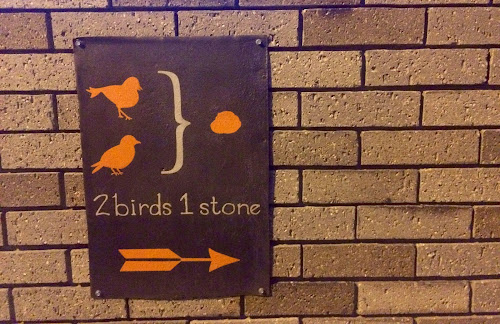 I knew that 2 Birds 1 Stone was underneath the Doi Moi restaurant, but it took us quite a while to figure out exactly how to get inside. Once there, though, we enjoyed masterful cocktails in a surprisingly bright (for a subterranean space) environment. The Devil's Grin, for example, which I found the recipe for from a Koji Nnamdi Show episode. 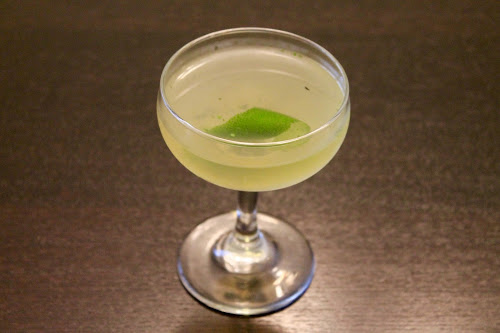 You know how sometimes you find a particular muse for cooking, and it's like the gift that just keeps on giving? My cocktail muse this year is Death & Co., the New York bar I wrote about earlier this year and which put out a book I also really love. This cocktail was inspired by the bar's drink Waterloo Sunset, made with Szechuan peppercorn-infused gin, ginger liqueur, Dolin blanc and mint. I call it "Silence Is Golden." Read the post to find out why (hint: it's a bit of music chart fun).

Flatbread with Tomatoes, Chickpeas and Cucumber-Yogurt Sauce - a no-cook recipe from Bon Appétit that layers seasoned sliced tomatoes atop mashed chickpeas and yogurt-cucumber sauce on top of flatbreads.

Pasta with Quick-Cooked Tomato Sauce - A simple dish of fettuccine, cooked summer tomatoes and basil, adapted from a recipe from The New Basics Cookbook.

Roasted Ratatouille Pasta - Ratatouille vegetables are roasted and combined with a garlic-white wine sauce over pasta.

Asian Slaw with Ground Cherries and Chicken - My first recipe with ground cherries, which look like golden grade tomatoes and taste bit like pineapple, is an Asian-style slaw with cabbage, chicken and a ginger dressing.

Devil's Grin - From 2 Birds 1 Stone bartender Adam Bernbach, this is a white whiskey drink with Campari, amaretto and lime.

Email ThisBlogThis!Share to TwitterShare to FacebookShare to Pinterest
Labels: Digest