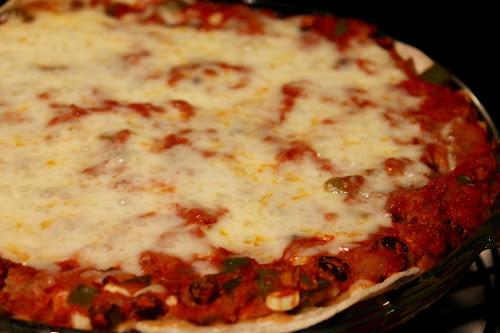 I've made dishes from celebrity chefs before, but this is a first from a celebrity actor.

The recipe comes from actress Linda Gray, most famous for portraying Sue Ellen Ewing in the CBS television drama "Dallas" and its recent TNT revival. Gray's new memoir, The Road to Happiness Is Always Under Construction, was released today. My husband Chris, a.k.a. Dallas Decoder, has a review of the book on his site, as well as an interview with Linda, while I focus on what she has to share about food and cooking.

The time I met Linda was, appropriately, over a meal. This was about a year and a half ago, as my husband and I got to enjoy lunch in Dallas on a beautiful spring day with Linda and Dallas's costume designer, Rachel Sage Kunin.

Of course the conversation gravitated toward food at some point, and it was clear that Linda enjoys good food and cooking just like I do. So I was thrilled to hear that her new memoir includes recipes and knew I wanted to share one on my blog. When Chris told Linda this recently, she was all for it, encouraging me to embellish the recipes as I saw fit. 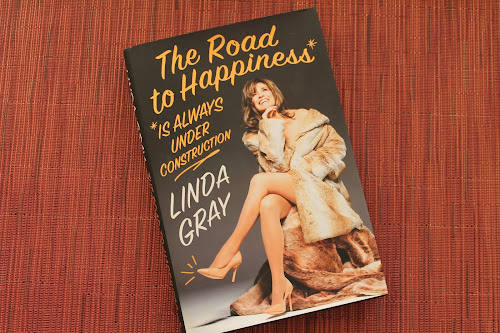 Although not the focus of the book, food has a constant presence through The Road to Happiness. Early on, she recounts how she helped her then-husband overcome chronic acid reflux by changing his diet to incorporate more fresh vegetables. She became obsessed with cooking and nutrition. Later in the book, she describes making pasta with garlic and spinach picked from her garden to serve Elizabeth Taylor for lunch--with only a 45-minute warning that the legendary actress would be coming over. No pressure! On a more serious note, she also discusses her work as an advocate to address senior hunger.

Linda sprinkles recipes throughout the book and cites food writer Michael Pollan's famous adage to "Eat food. Not too much. Mostly plants" as one of her favorite food quotes (it's a personal favorite of mine as well). She still likes to cook: toward the end of the book is a recipe for a lasagna noodle and vegetable crock pot meal that she makes for herself "all the time." 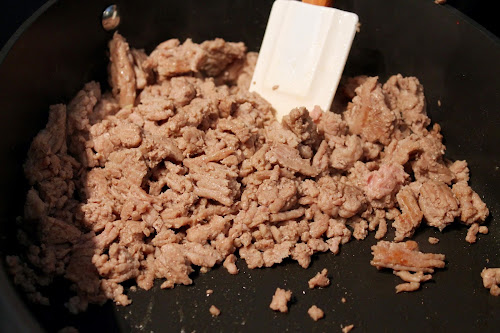 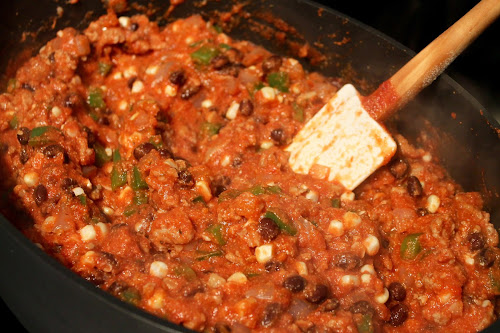 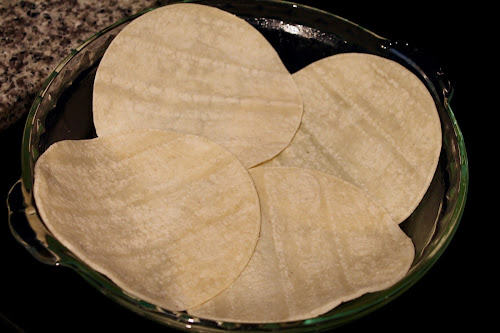 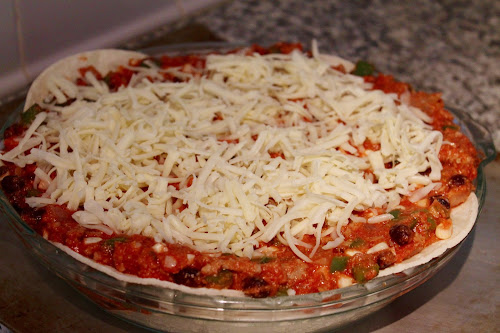 The story around her Mexican Meat Pie will feel familiar to working parents. It was early 1978, and Linda was going to be away from home for a couple months to film what became the first of 14 seasons of the original Dallas. Wanting to ensure her 11- and 13-year-old children were well-fed while she was gone, she stockpiled and froze a number of dishes, including this Mexican Meat Pie. It's a delicious and simple dish that comes together in just over an hour.

With Linda's blessing, I made some adjustments from her original recipe. I used ground turkey instead of ground beef and upped the amount of vegetables, adding bell pepper, jalapeño, garlic and quite a bit more onion. While Linda's recipe called for taco seasoning, I made my own spice blend with cumin, coriander, chipotle chili powder, oregano, salt and just a hint of brown sugar. This makes for quite a bit more filling than her original recipe, so I'd recommend baking this in a 9 X 13 dish (and using 12 tortillas) instead of the 9-inch pie plate (and 8 tortillas) her recipe calls for. 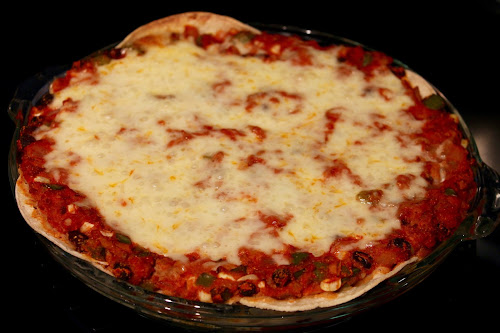 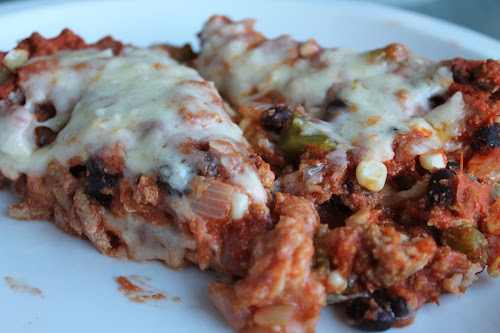 2. Heat olive oil in a large skillet over medium-high heat. Add turkey and cook, breaking up with a spoon until browned. Remove from pan.

5. Bake in the oven until the cheese has melted and the mixture is heated through, about 35 minutes. Allow to cool 5 minutes. If using a round pan, cut into wedges; if using a square pan, cut into squares. Serve immediately.
Posted by Cook In / Dine Out at 12:00 AM