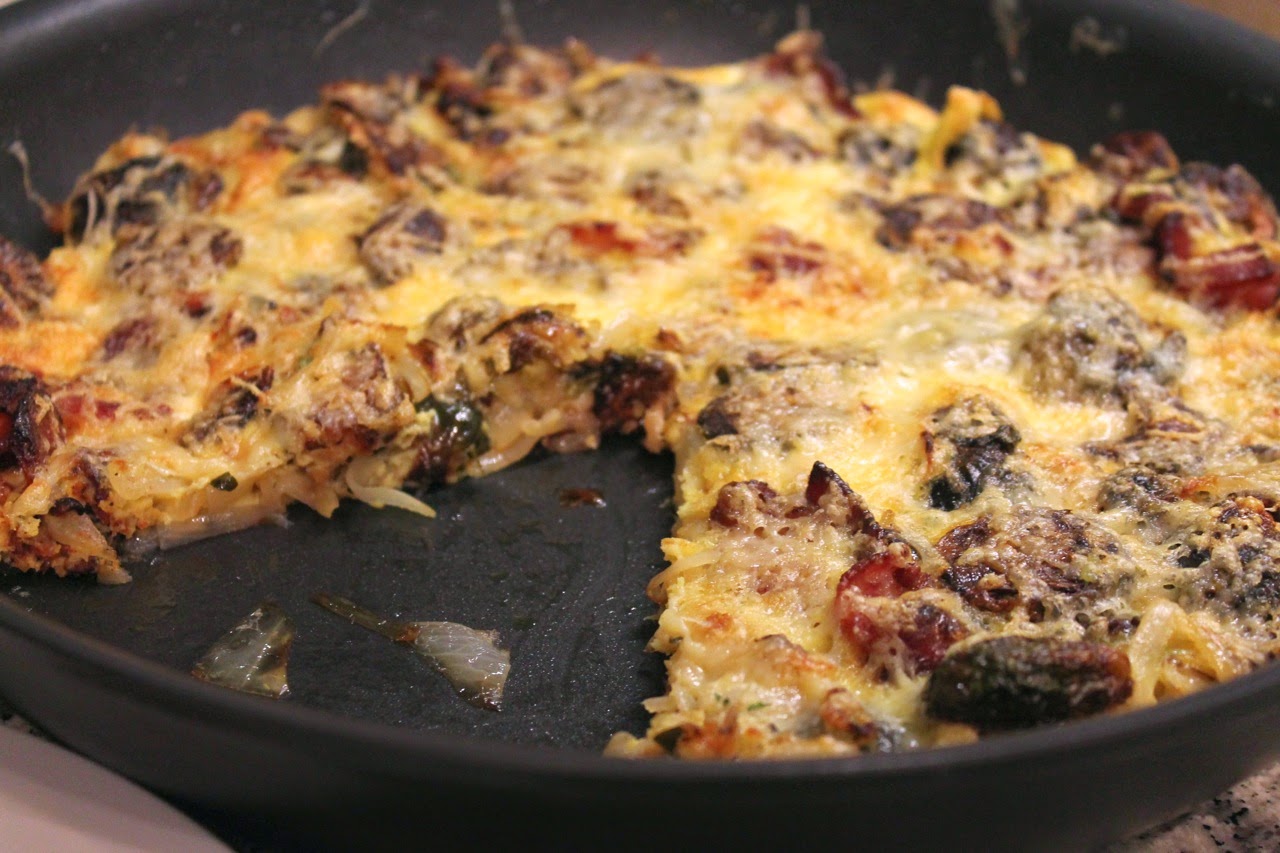 Frittatas are really easy to make. I'm surprised I don't do it more often. It goes something like this: assemble a few key ingredients, like a vegetable or two, a meat and a cheese, then pour egg over them, let set on the bottom, then broil to set on top. And you're done. 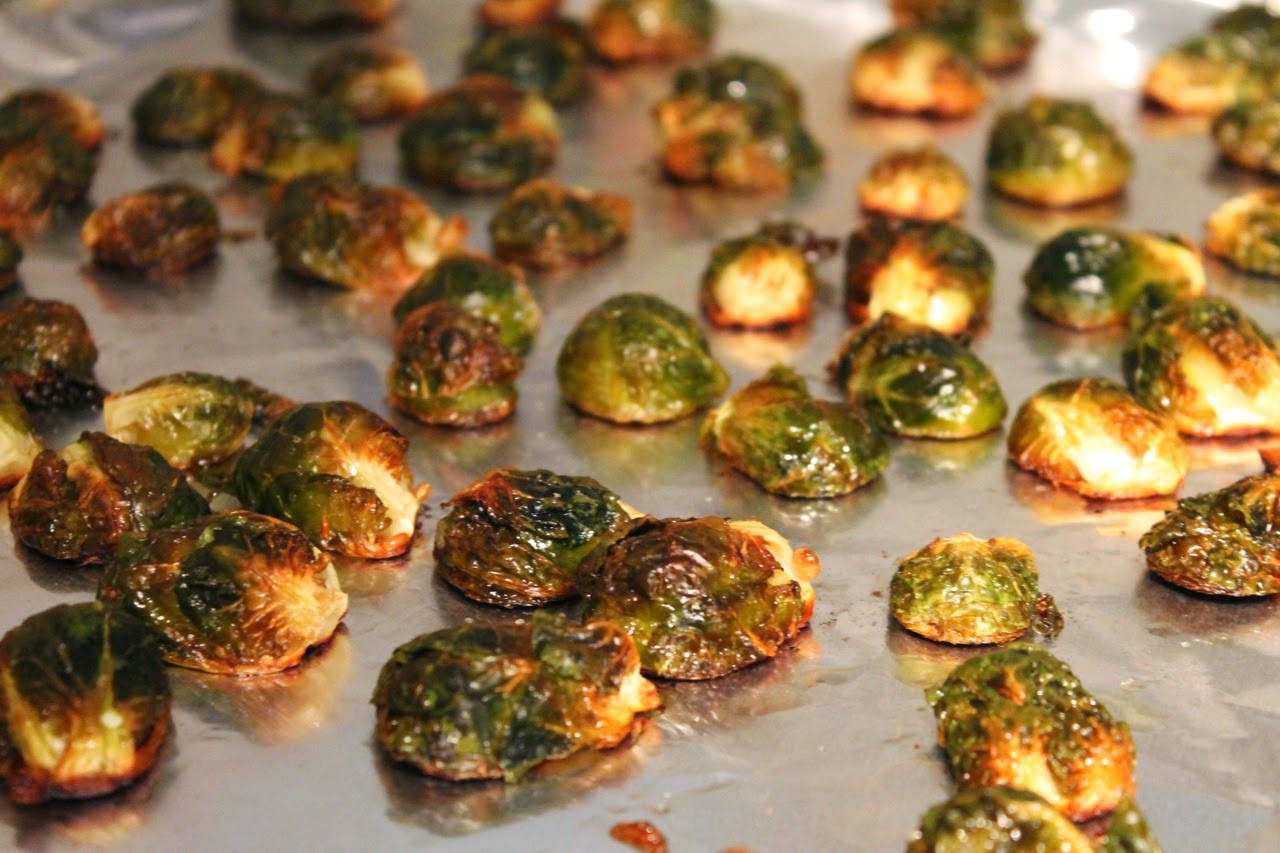 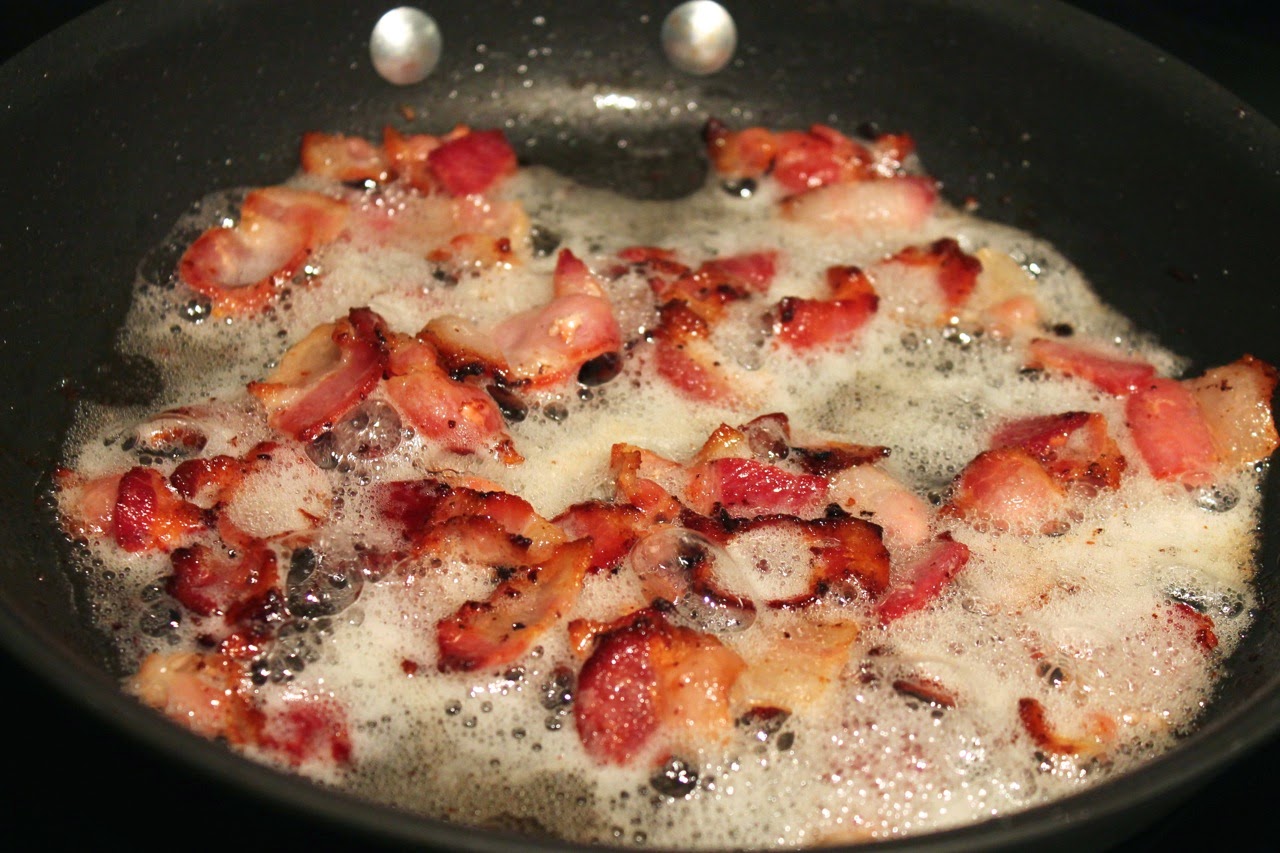 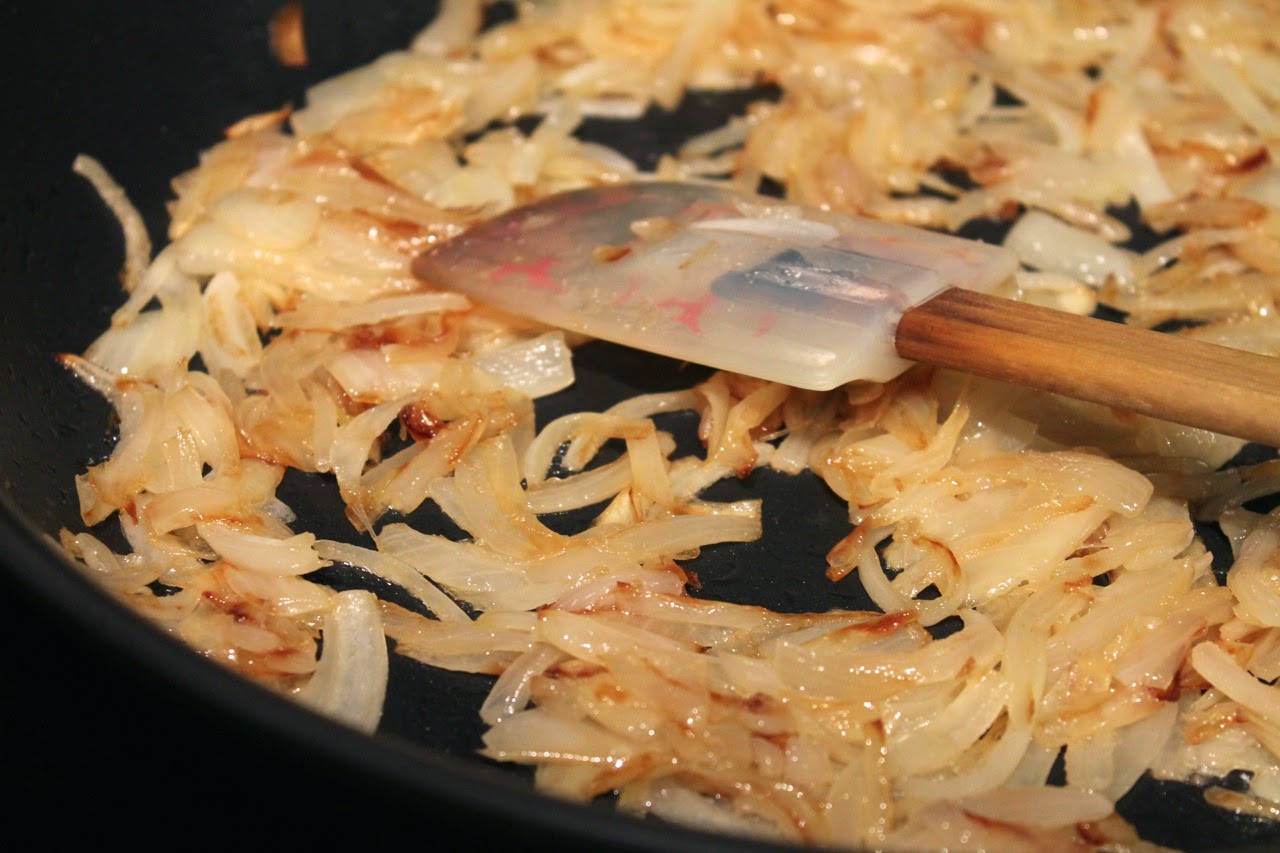 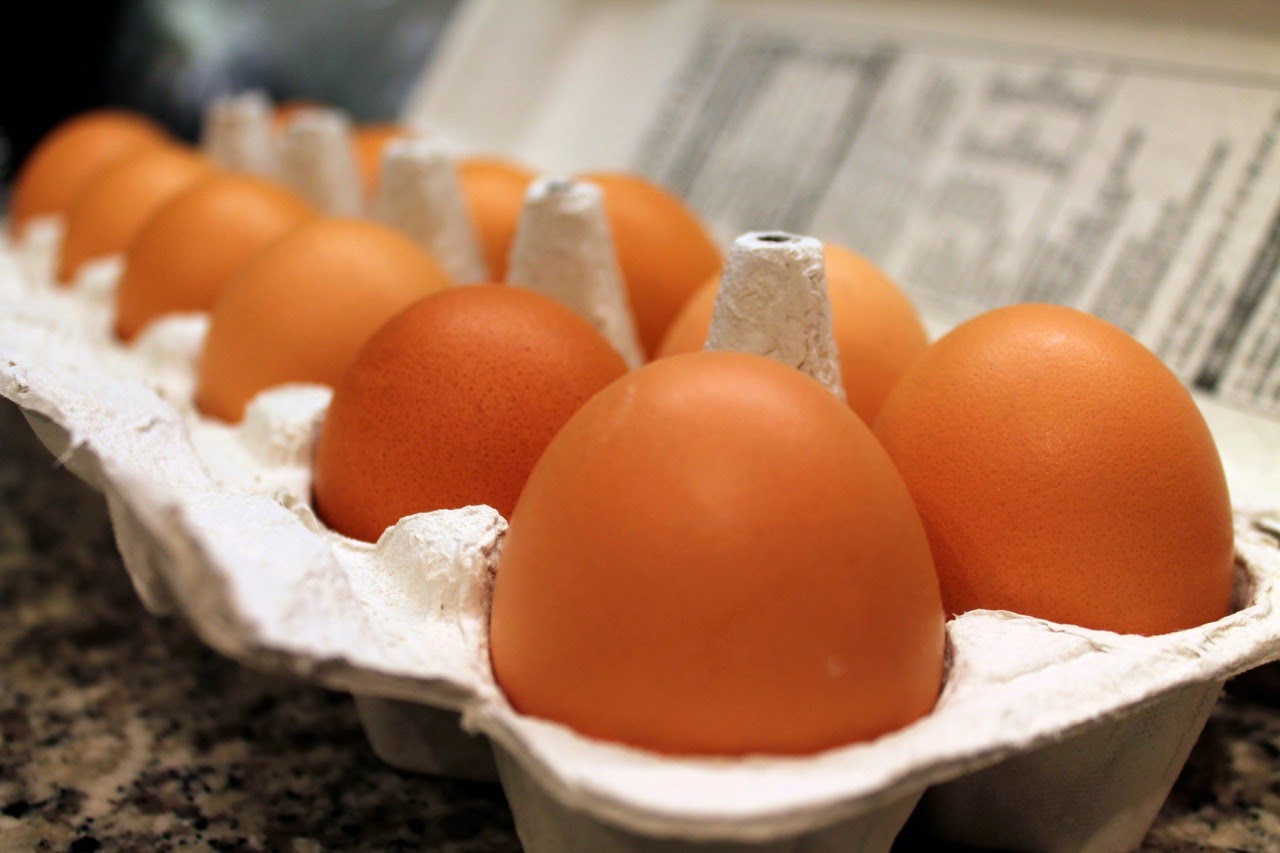 Because the actual making of the frittata is so simple, I don't mind putting a little extra effort into getting the ingredients just right. In this case, I roasted Brussels sprouts until they were wonderfully brown, pan-crispsed some really smoky thick bacon slices and caramelized a sweet onion. I even grated a little gruyere, one of my favorite cheeses. 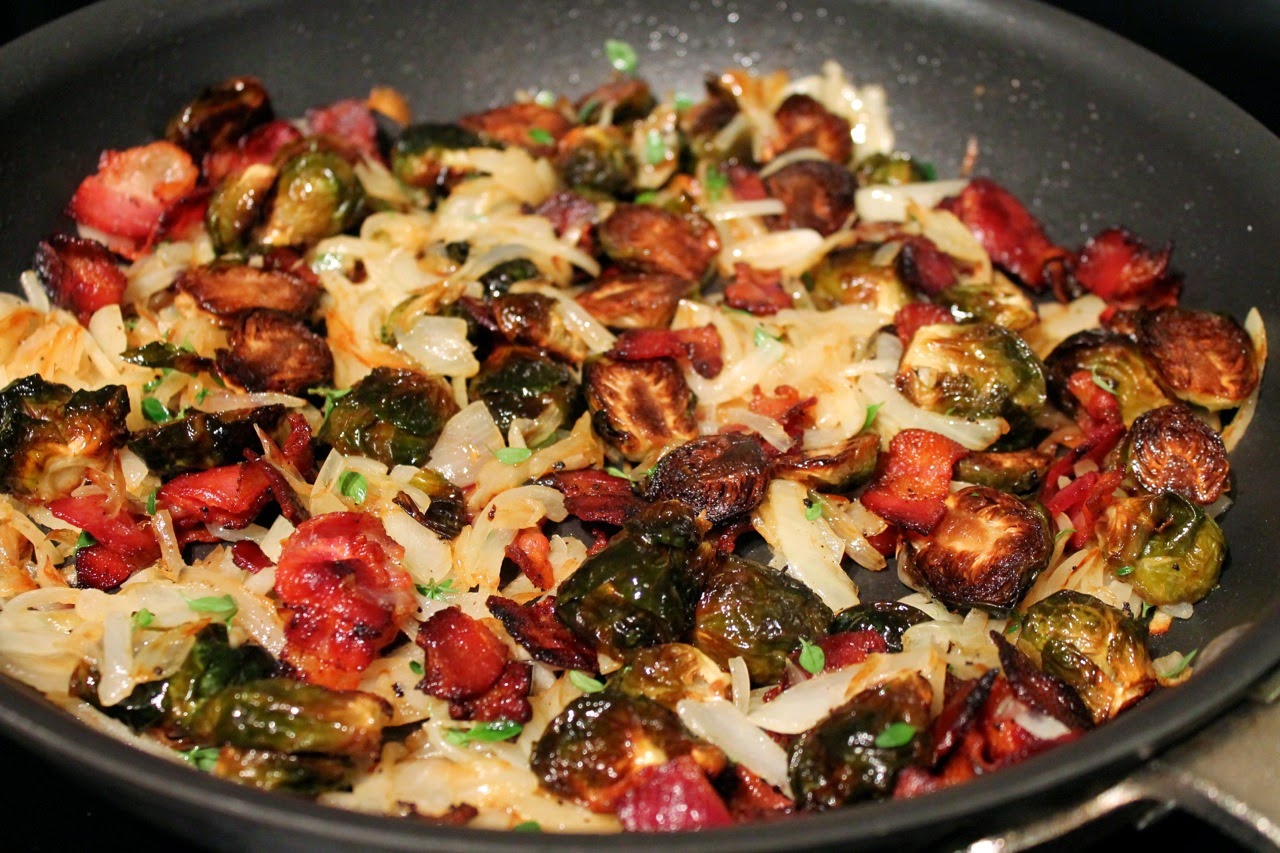 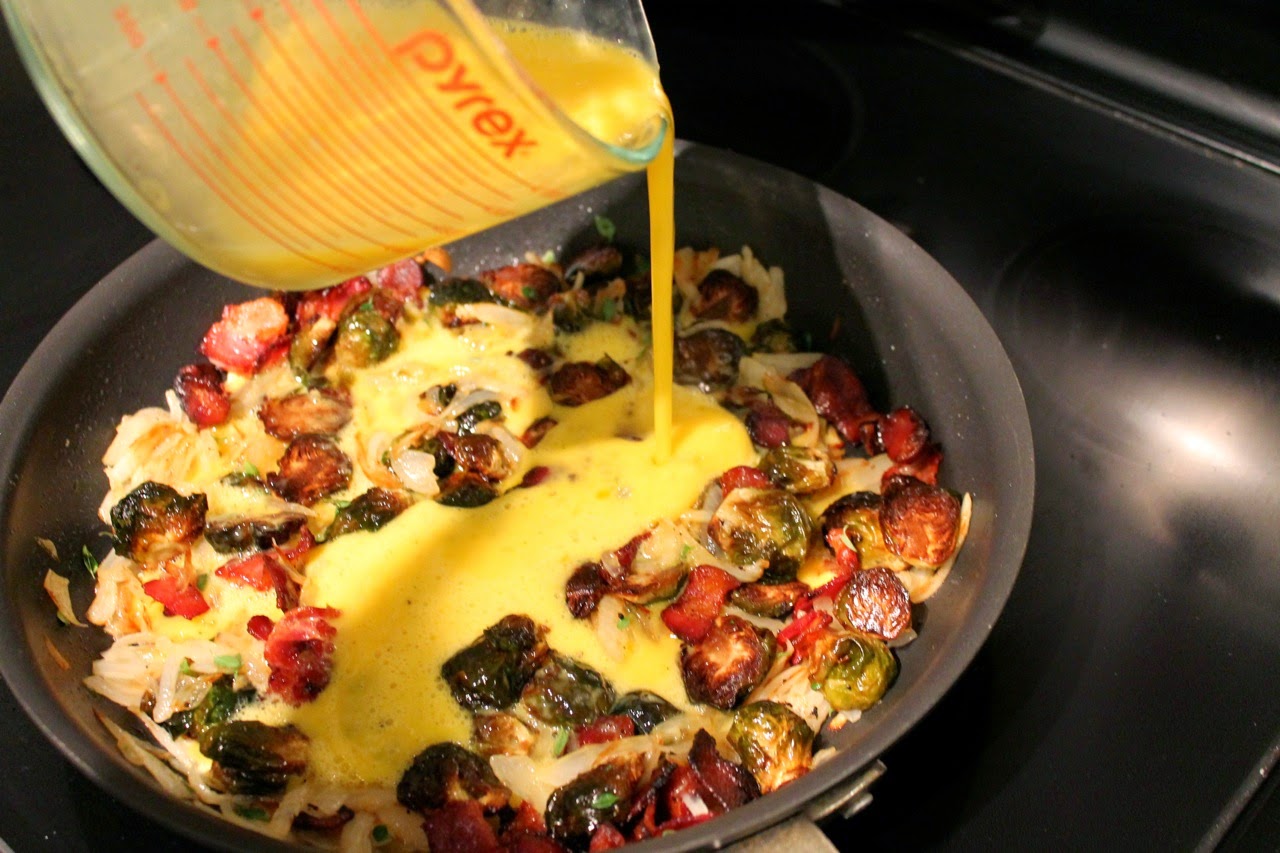 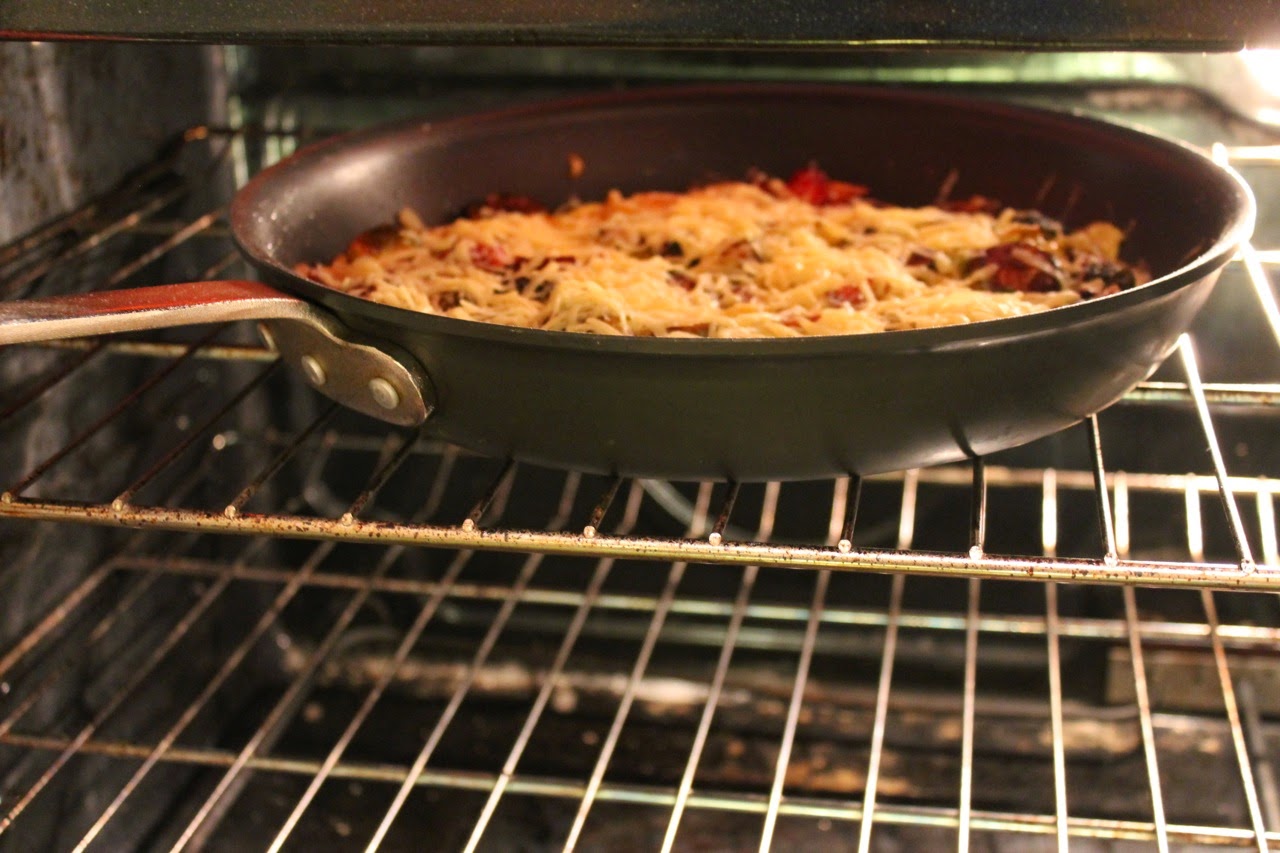 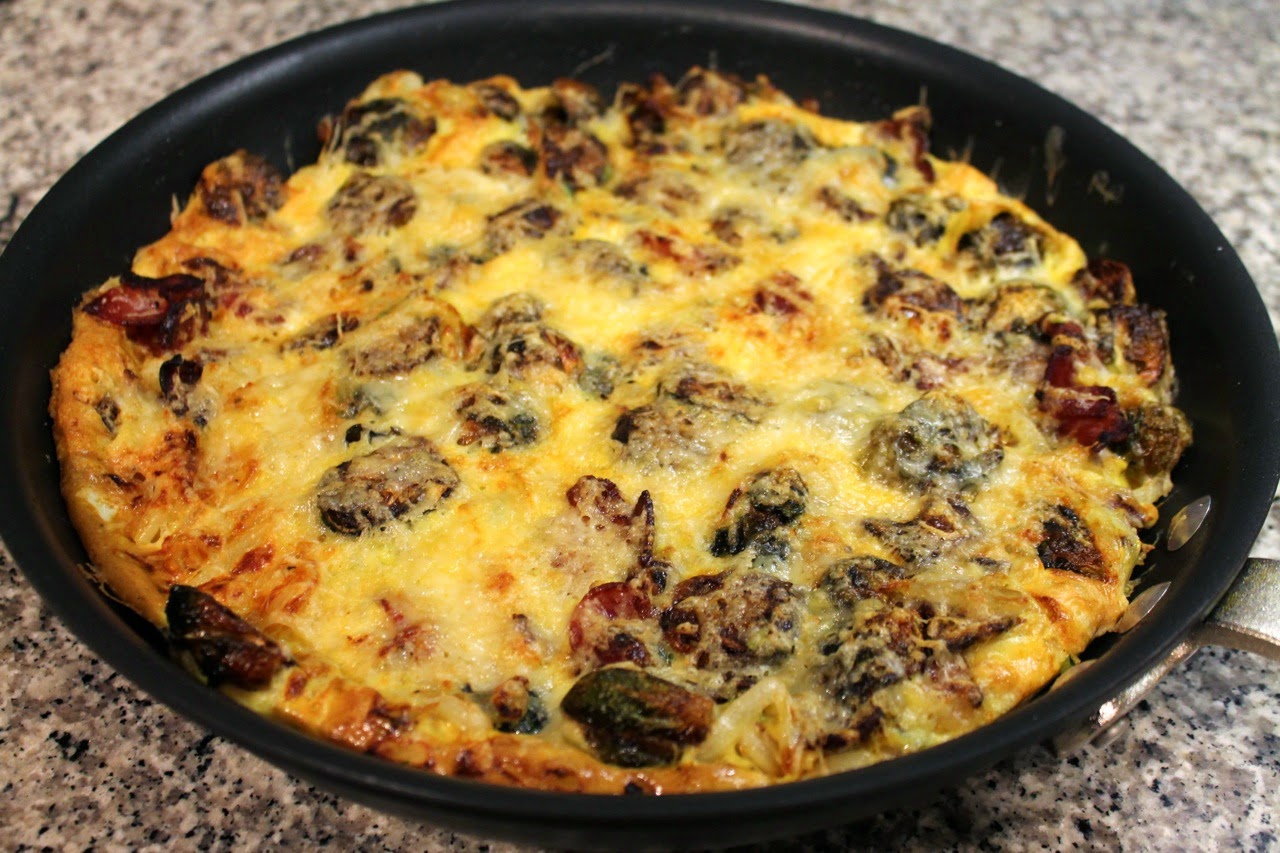 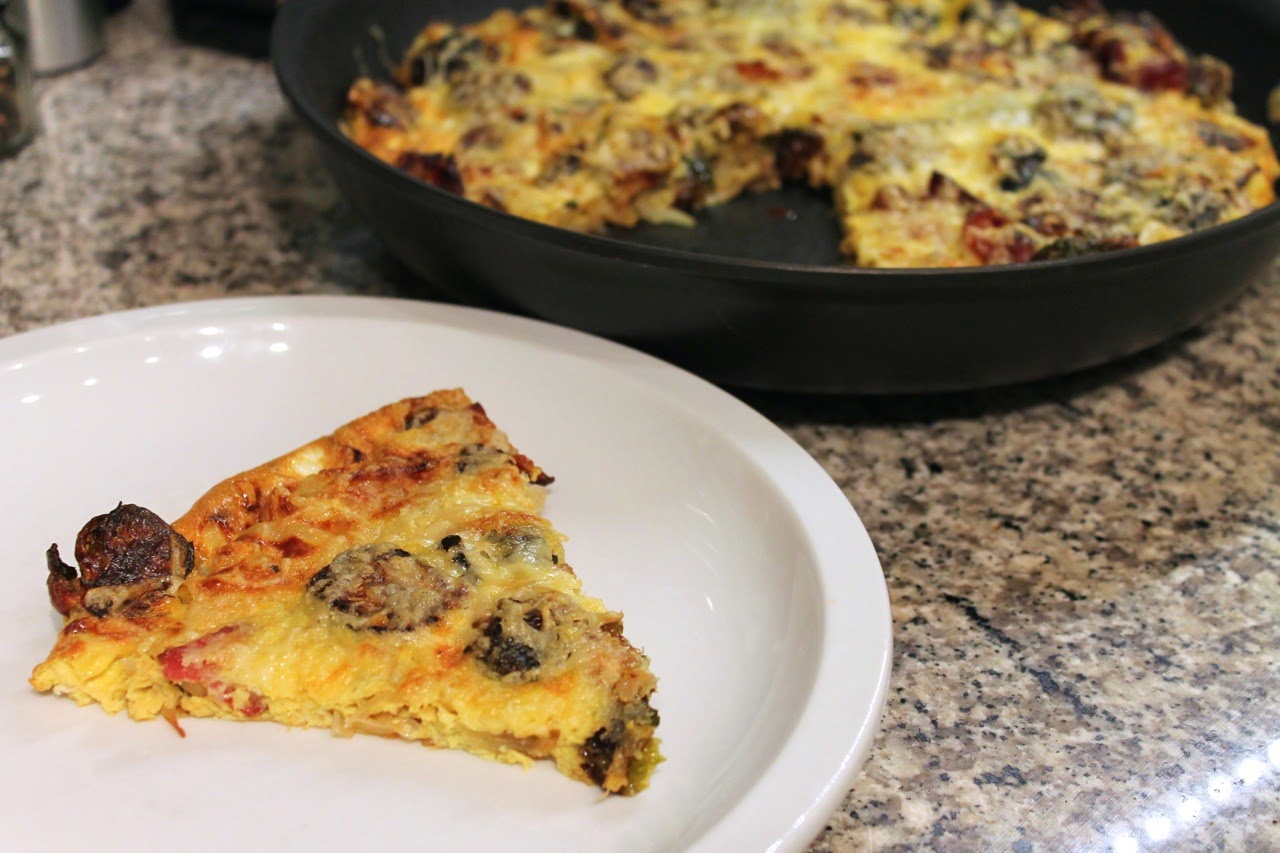 1. Preheat oven to 400 F. Put cut sprouts in a large bowl, drizzle with olive oil and season with a pinch of salt, then spread on a baking sheet, flipping any sprouts over so the cut-side is down. Roast for 35 minutes until golden brown in places. Remove from the oven and allow to cool. This step may be done in advance with the roasted sprouts stored in the fridge.

2. Heat a medium frying pan over medium heat. Add the bacon and cook until browned and crisp. Remove bacon with a slotted spoon and set aside on a paper-towel-lined plate.

3. Heat a large (12-inch) frying pan over medium heat. Add butter. When melted, add the onion and a pinch of salt. Cook, stirring frequently, until golden brown, about 25-30 minutes (add water as necessary to prevent onions from browning too quickly). Stir in the roasted sprouts, bacon and thyme. Use a spatula to spread the ingredients in an even layer in the pan.

5. Beat the eggs in a medium bowl, seasoned with salt and pepper. Pour eggs evenly around ingredients in the frying pan. Using a spatula, gently lift the ingredients around the edges and in the middle as the egg sets to let the runny eggs run down into the pan (similar to what you'd do with a omelet). When the egg is fairly set on the bottom, sprinkle the gruyere cheese on top, then put the pan in the oven under the broiler. Broil for a few minutes until the cheese is melted and lightly browned and the egg is set on top. Remove from oven, allow to cool slightly, then cut into wedges and serve.
Posted by Cook In / Dine Out at 12:00 AM