Get Excited About Apple Today...The Kind You Can Eat 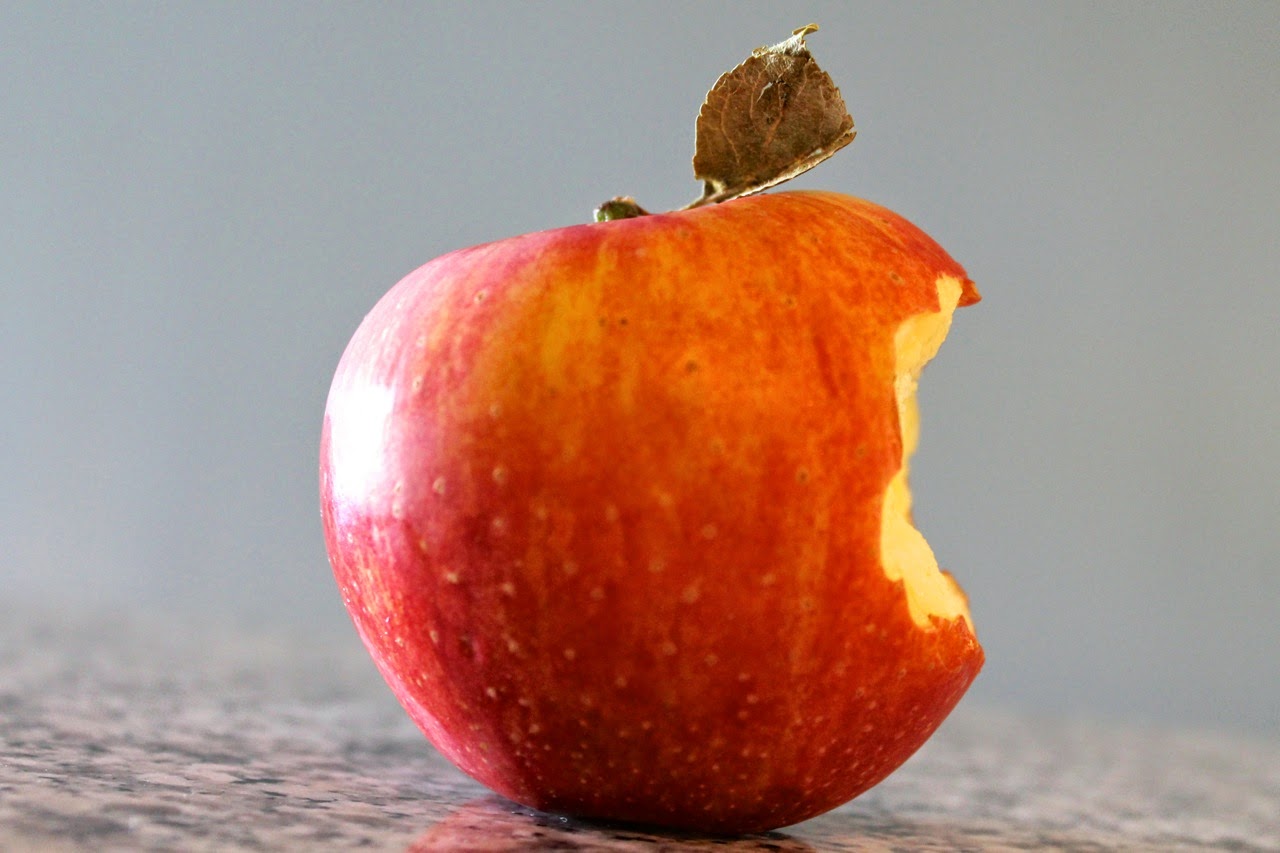 Apple, one of the world's largest technology companies, is expected to unveil new iPhones today, possibly a watch and other consumer electronics products. Their September product announcement has become an annual event followed enthusiastically by technology reporters, Apple fanboys (and fangirls) and anyone else clamoring for a new device with cool features.

Sure, the new iPhone may have more gigabytes than the last, but September is also a time to procure bites from another type of Apple, the kind you can eat!

Apple season will be in full swing soon. I've got a whole week of apple-themed posts planned for the week of September 22. To help build excitement about apples (either the electronic or fruit variety), here are some of my favorite apple recipes.

Deluxe Applesauce with Bacon, Caramelized Onion, Walnuts and Maple. Apple's electronics are high-end purchases--not kiddie stuff--and neither is this applesauce. "This Ain't Your Baby's Applesauce," I declared with this recipe, a grown-up version of the popular cooked apple puree, which augments its sour-sweet flavor with smoky bacon, the richness of caramelized onion and the earthy sweetness of maple syrup.

Apple Pie with Vodka Crust. Apple strives to make its products intuitive to use. What's not intuitive, is why adding a touch of vodka is the secret to perfect pie crust. In short, the evaporation promotes flakiness. Who knew? Apparently the folks at America's Test Kitchen where I got this recipe. It makes classic apple pie even better.

Apple, Arugula and Cheddar Sandwich. The beauty of Apple's devices is that they are (generally) simple to use, and simple is often best when it comes to assembling a good sandwich. When you have good ingredients, a great sandwich doesn't have to be a complicated thing. In this sandwich, a ripe apple, something a bit sweet like a pink lady or honeycrisp, pairs nicely with sharp ingredients like peppery arugula, Dijon mustard and sharp cheddar cheese, all built upon a crusty freshly baked baguette. 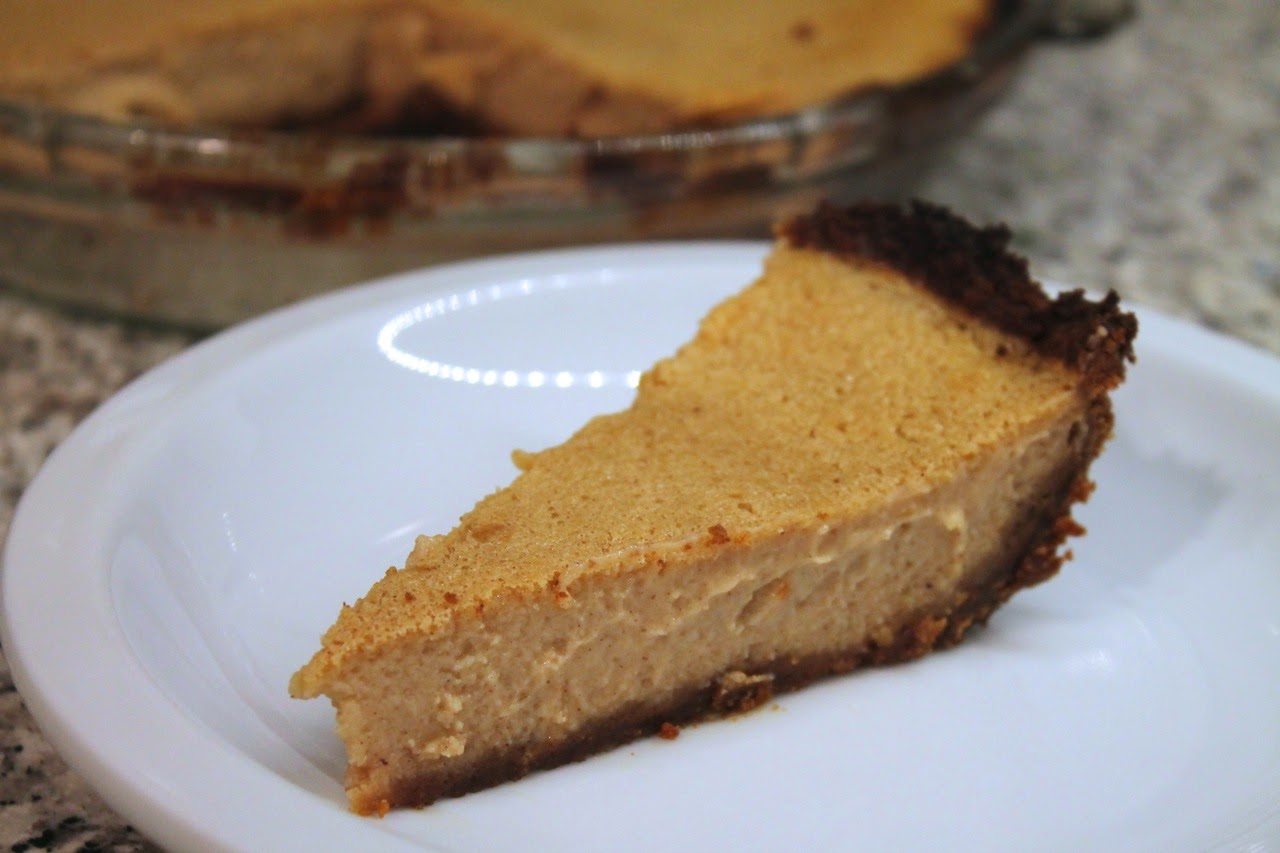 Apple Custard Pie with Gingersnap Crust. One of Apple's greatest strengths is its innovation, not necessarily wholesale invention but taking preexisting elements and fashioning and/or combining them into something new and extraordinary. That's not unlike what happens in this pie, which melds elements of apple pie and pumpkin pie together into one irresistible treat.

Apple Margarita. There's a certain euphoria some people experience when they get a new Apple product. I'll admit, I was pretty excited to get my first iPod, iPad and iPhone. I don't know if drinking these awesome Apple Margaritas will bring that euphoria back, but they might make you a little bit tipsy, which could be just as fun.

Corn Crackers with Brie and Apple Butter. About 10 years ago, before Apple electronics were everywhere, they talked about the iPod as a potential gateway to other apple products. That proved to be true for me: my first Apple device was the 4th generation iPod, and now my computer, phone and a host of other things are Apple. Here's another type of gateway: a really great appetizer to kick off a great dinner. 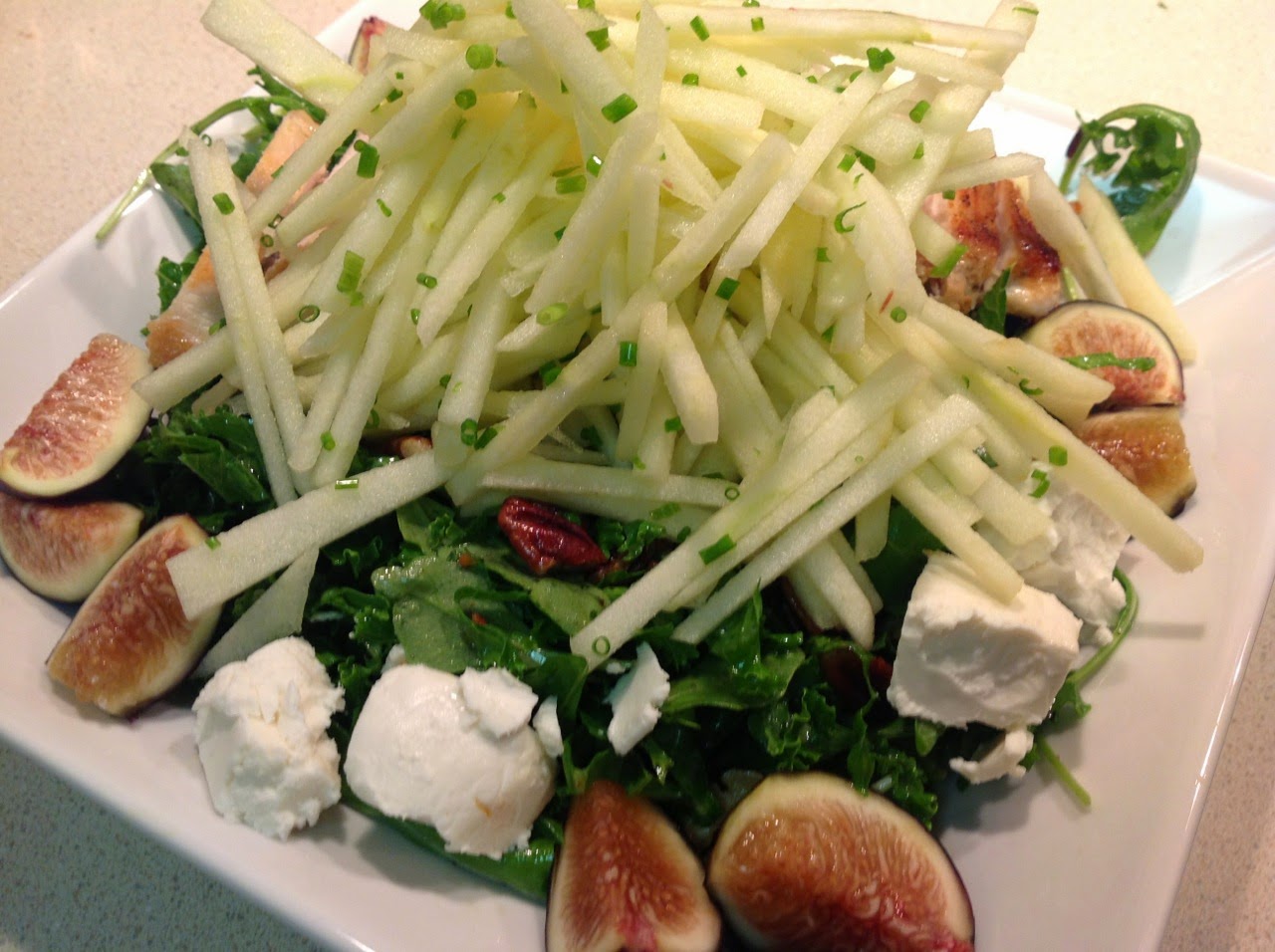 Kale, Fig and Apple Salad. If you're like me, the apps on your iPad or iPhone includes a mix of productivity-oriented tools like Numbers and iPhoto, as well as mindless distractions like Candy Crush. Similarly, this salad is an unusual mix, but the flavors blend well to create a satisfying whole.

Apple Brandy Cocktails. Apple products generally work pretty well. But there are those nights when that rainbow pinwheel just won't stop spinning. For those nights, you might want to mix one of these great apple brandy cocktails to help ease the frustration while waiting for the day, like today, that an even better device will come along.
Posted by Cook In / Dine Out at 12:00 AM