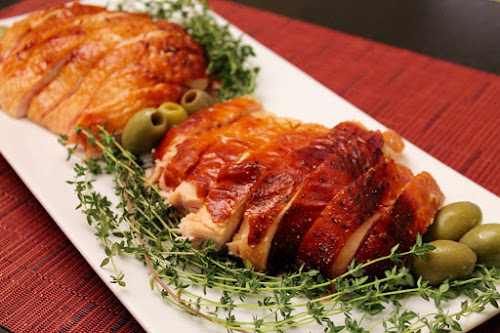 Because I write a cooking blog, instead of an entertainment blog, I don't often get to share with you my love of movies--a notable exception being my annual Oscar Cocktails. This recipe was inspired by the movie Scent of a Woman, the 1992 drama starring Al Pacino and Chris O'Donnell about a prep-school student (O'Donnell) hired for the weekend to care for a temperamental blind military veteran (Pacino) during which they end taking a whirlwind tour of New York City in the face of foreboding consequences for both of them. 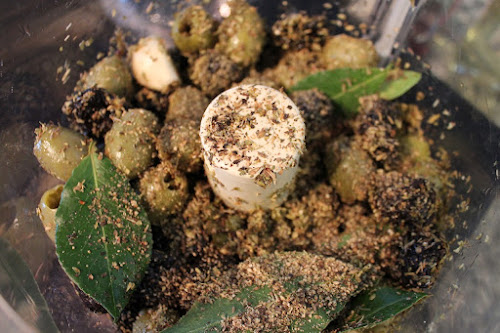 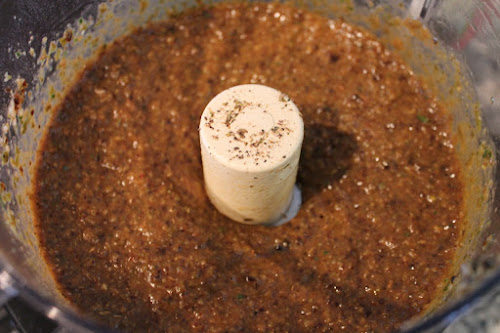 That movie arrived in my life at a pivotal time. It was a Best Picture Oscar nominee, and that was the first year I really paid attention to the race, as my moviegoing taste was transiting toward more thoughtful and mature fare. I remember seeing the movie in the theater and really enjoying it, especially Al Pacino's performance (he won the Best Actor Oscar) and of course the classic tango scene between Pacino and Gabrielle Anwar. 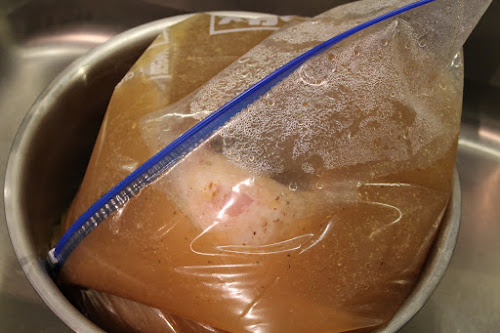 The connection to this dish is the scene where O'Donnell takes Pacino to visit the latter's family for Thanksgiving dinner. They're having Turkey Marbella, which I can only assume is a turkey version of Chicken Marbella, one of my favorite recipes from Sheila Lukins and Julee Rosso's classic The Silver Palate Cookbook. Incidentally, those early '90s years just after that book came out was when I was also starting to become a more adventurous eater. My mom would make Chicken Marbella sometimes, and despite the inclusion of quite a few things I wouldn't have touched just a few years prior (prunes, olives, capers), I absolutely loved the dish. 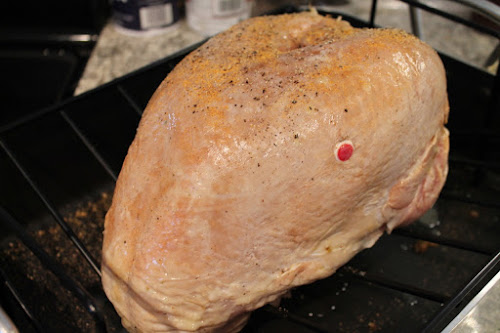 A traditional Marbella is a wonderful dish, but there's a key drawback for serving it as a Thanksgiving centerpiece: no browned skin. Because the poultry is marinated and then roasted in its marinade, you gets lots of flavor, but no browning. A few years ago, Cook's Illustrated tried to address this issue by updating the recipe, but I still wanted a more traditional recipe. 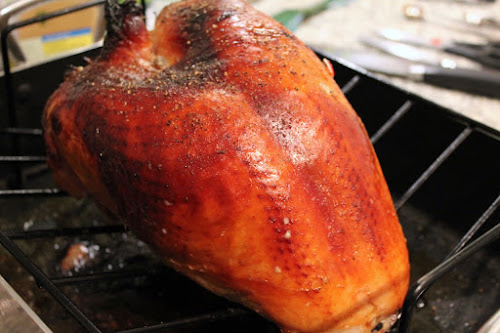 My solution was to use the brine as the source of the Marbella flavors, using the same ingredients but in a brine instead of as a marinade. I pulsed the ingredients in a food processor, then mixed them into a 24-hour brine. Of course, this being a brine, there is proportionally more salt, but I maintained the other ingredients in about the amount you would use if making the Chicken Marbella recipe. This worked great. The Marbella flavor was subtle but noticeable, especially on the skin, which was a gorgeous ruddy brown. Plus the drippings made for a wonderful turkey gravy.

As Pacino's Scent of a Woman character would say, "Hooah!" 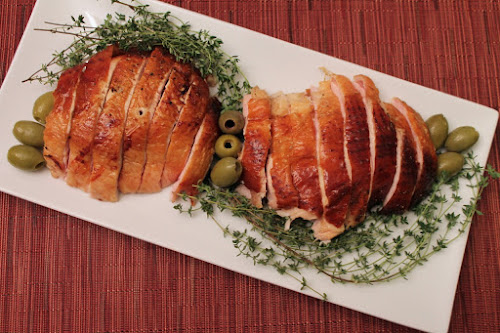 Notes in this recipe:
-The turkey needs to brine overnight, so plan to mix up the brine the day before you want to eat the turkey.
-You'll need a large container for brining, such as a large pot or a sealable plastic bag designed for such purpose.
-You'll need an instant-read thermometer for checking the temperature of the turkey.

1. Combine salt, brown sugar and hot water in a medium bowl and stir until the salt and brown sugar dissolve (heat in the microwave for a minute if additional heat is needed to dissolve the ingredients--it doesn't need to be boiling hot). Transfer to a large pot or brining bag (I use an extra-large Hefty 2 1/2 gallon zippered bag as my brining container).

2. Combine garlic cloves, oregano, prunes, olives, capers, bay leaves, vinegar and white wine in a food processor. Process until the mixture is a smooth puree. Transfer to the brining container and shake or stir a bit to combine with the salt/sugar solution.

3. Place the turkey (breast down) in the brining container, then fill the container with 3 quarts of cold water (this should be enough to submerge the turkey, add a little more if needed, but not a lot more, as it will dilute the salt solution too much--add additional salt, about 1/2 tbsp, for any additional cups of cold water you add beyond the 3 quarters).

4. If using a brining bag, place in a large pot or bowl (if just using a large pot, cover it), then put the brining container in the refrigerator and brine over night (about 24 hours).

6. Remove turkey from brining container, pat dry with paper towels and place (breast up) on a V-rack set inside a large roasting pan. Brush turkey with melted butter and season with salt and pepper. Roast for 30 minutes, then reduce oven temperature to 300 F and roast until the internal temperature of the turkey reaches 165 F (measure with an instant-read thermometer in the thickest part of the turkey breast), a total roasting time of about 2 1/2 to 3 hours depending on the oven and the size of the turkey. Remove turkey from oven and transfer to a cutting board. Allow to rest about 30 minutes before carving.