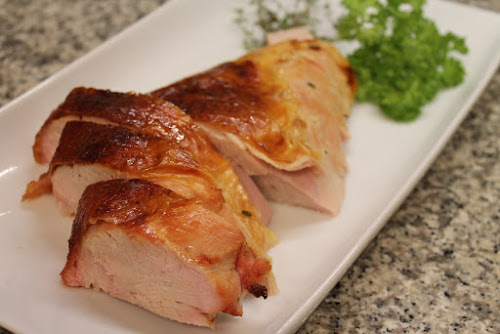 I've never stuffed a turkey. Partly that's because I usually (okay always) roast a turkey breast instead of a full turkey, and with the back removed, you can't really "stuff" the turkey, since the cavity is half-open. But even without this limitation, what is the reason for stuffing a turkey?

Just about everyone recommends not stuffing your turkey these days. The food-safety people will run from the room ranting about pathogens and cross-contamination from stuffing that soaks up raw turkey juice and doesn't fully cook. From a physics perspective, stuffing the turkey means the turkey will take longer to cook, since instead of a nice cavity for warm air to flow through, you've got this dense mass of bread and water that also must be cooked. 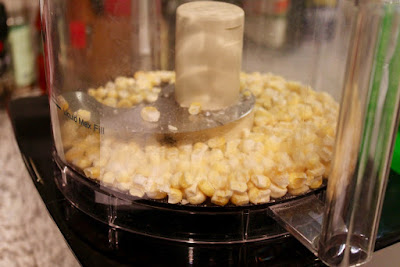 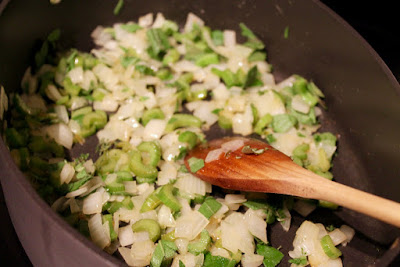 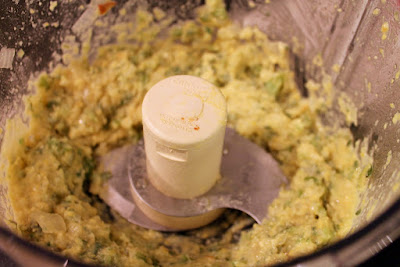 So what the reasons some people still do it? I've been asking Google, and I can't figure it out. I can only assume it either adds turkey flavor to the stuffing. But stuffing already has a lot of flavor going for it. Onions, celery, good bread, herbs and seasonings. Is additional turkey flavor really needed? Instead, why not use the stuffing to flavor the turkey?

Enter the stuffing-brined turkey. That's right. This turkey is brined with the flavors of stuffing. Now, I didn't actually go through the trouble of making stuffing. There's no bread in this brine, as I figured that bread wouldn't add any flavor via a brine. But I did sauté and puree the typical aromatics (onion and celery), herbs (sage and thyme) and, instead of cornbread, I used freeze-dried corn, an ingredient I first came across making Momofuku Milk Bar corn cookies. It adds wonderful corn flavor to not only those cookies but also cornbread, so I figured it would be a nice addition to the brine. 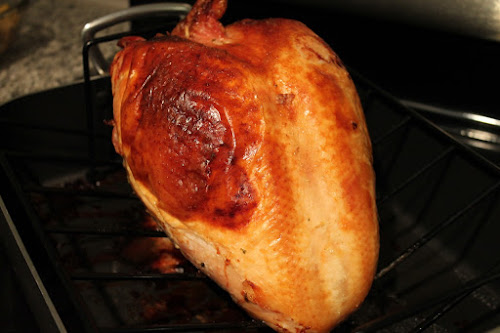 Note: For the freeze-fried corn, I use Just Tomatoes brand "Just Corn," available from Amazon. Grind the corn until fine in a food processor before using in this recipe.

1. Heat olive oil in a large frying pan over medium heat. Add onion and celery and sauté until lightly browned, about 8-10 minutes. Add sage and thyme to the pan and cook another couple minutes. Transfer mixture to a food processor, add the freeze-dried corn and puree. Combine pureed mixture with chicken broth and cold water in a large pot or brining bag and stir to combine. Add salt and stir to dissolve. Place turkey breast in pot/bag. Cover pot or seal bag and refrigerate to brine overnight.

2. Preheat oven to 450 F. Set a V-rack inside a roasting pan. Remove turkey breast from brine and pat dry with paper towels. Put turkey breast on top of rack. Brush turkey all over with melted butter and season with salt and pepper.

3. Roast turkey for 30 minutes. Reduce oven temperature to 300 F and continue roasting until an instant-read thermometer inserted in the thickest part of the breast reads 165 F, about 2 1/2 to 3 hours total roasting time. Let breast rest 30 minutes before carving.