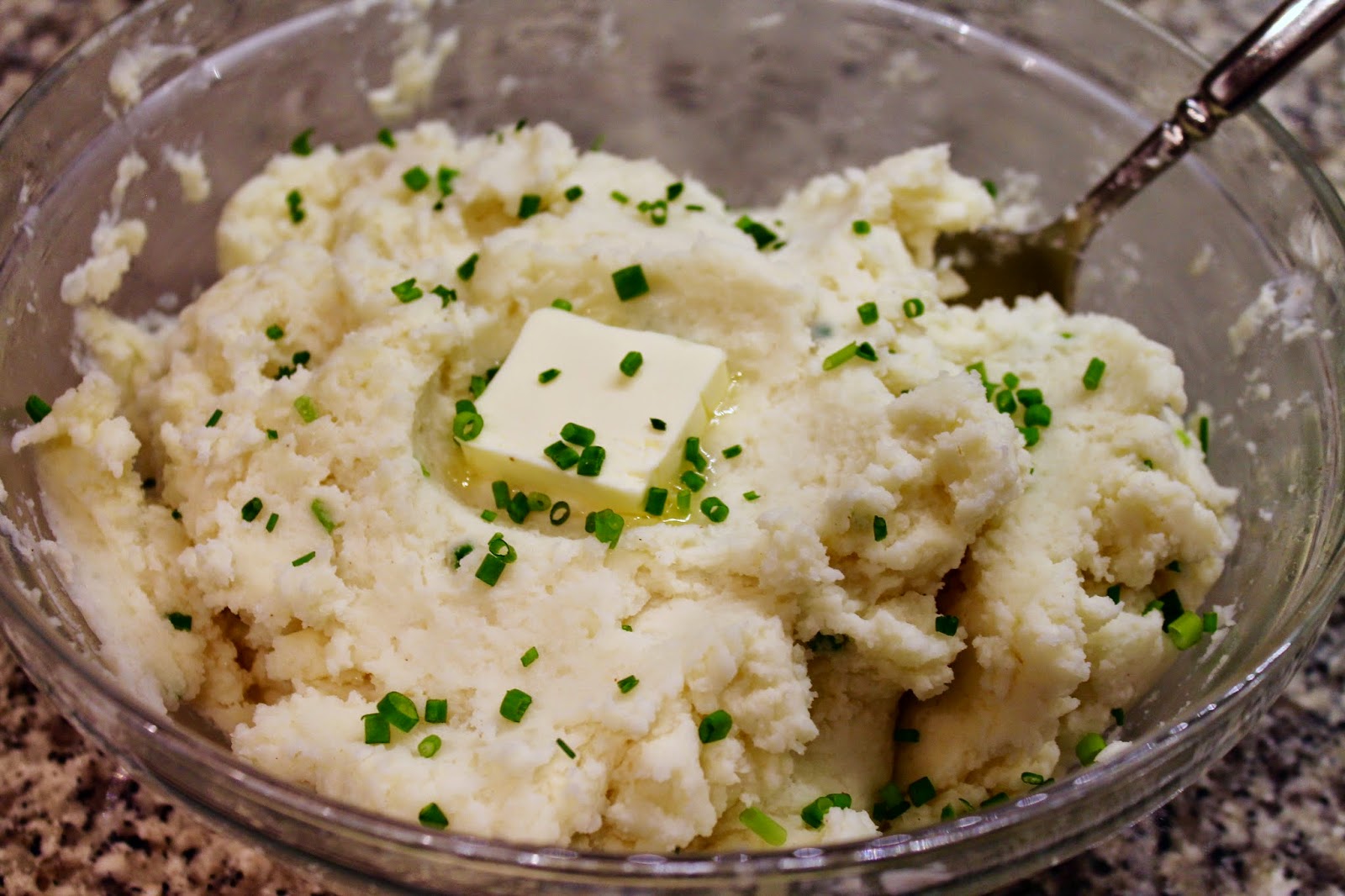 Of the herbs I raised last year, the chives were the only plant that survived the winter. I replanted them in their own pot, where they appear to be doing rather well. Soon I will plant the other herbs for the season.

But for now I have chives, so I made some mashed potatoes, a perfect dish to highlight them in. Instead of using milk, I went with the richer, tangy flavor of sour cream. Sour cream and chives...perfect.

1. Bring a large pot of water to boil. Add the potatoes and cook until a fork easily pierces them, about 15-20 minutes. Drain and transfer to a bowl to cool slightly.

2. Pass the potatoes through a potato ricer into a large bowl (alternatively, add them to the bowl and mash with a potato masher). Add the 2 tbsp. of melted butter and stir to combine, then add the sour cream, salt and 3 tbsp. of the chives. Stir until evenly combined. Reheat in the microwave. Top with the final tablespoon of butter and a sprinkle of chives.