No Beef with Beefsteak

Let's get this part out of the way: Beefsteak is not a steakhouse. There's no steak on the menu. There's not any beef on the menu. In fact, there's little meat of any kind other than chicken and salt-cured salmon.

Beefsteak is instantly recognizable in the burgeoning collective of fast-casual restaurants. The drill will seem familiar: a mixture of star ingredients, bases, sauces and toppings. Mix-and-match or choose a pre-selected combination and it all comes together rather quickly (except for maybe the wait in line, which can be lengthy at popular Beefsteak).

What makes Beefsteak unique is that the star ingredients here are vegetables. It's the first choice you make upon reaching the counter, where a beautiful and vast array of seasonal options await you. It's that variety that's quite striking. At Chipotle you have chicken, two beef options, pork (maybe), vegan stuff or beans-and-guac. At Beefsteak there are at least 20 vegetable options, which I imagine may change a bit with the seasons. I saw corn, cabbage, Brussels sprouts, mushrooms, asparagus, yellow squash, potatoes, broccoli, snow peas and kale. I'm sure there were other choices. Whatever you choose, the vegetables are boiled for a short period, making them tender but not too soft. You then pick a grain base (rice, quinoa or bulgur), sauce, dressing and raw or crunchy toppings from a list of about 20 more choices.


On my first visit, I opted for the Frida Kale, a delicious blend of flavors of textures made up of kale, rice, black bean sauce, spicy tomatoes sauce, cherry tomatoes, scallions, corn nuts, pumpkin seeds, dried cranberries and lemon-honey dressing. I included the optional suggested avocado and couldn't resist a sprinkle of crunchy roasted chickpeas. That's a lot of ingredients for one dish, but they play together quite nicely.

We both really liked what we had and both vowed to be back. 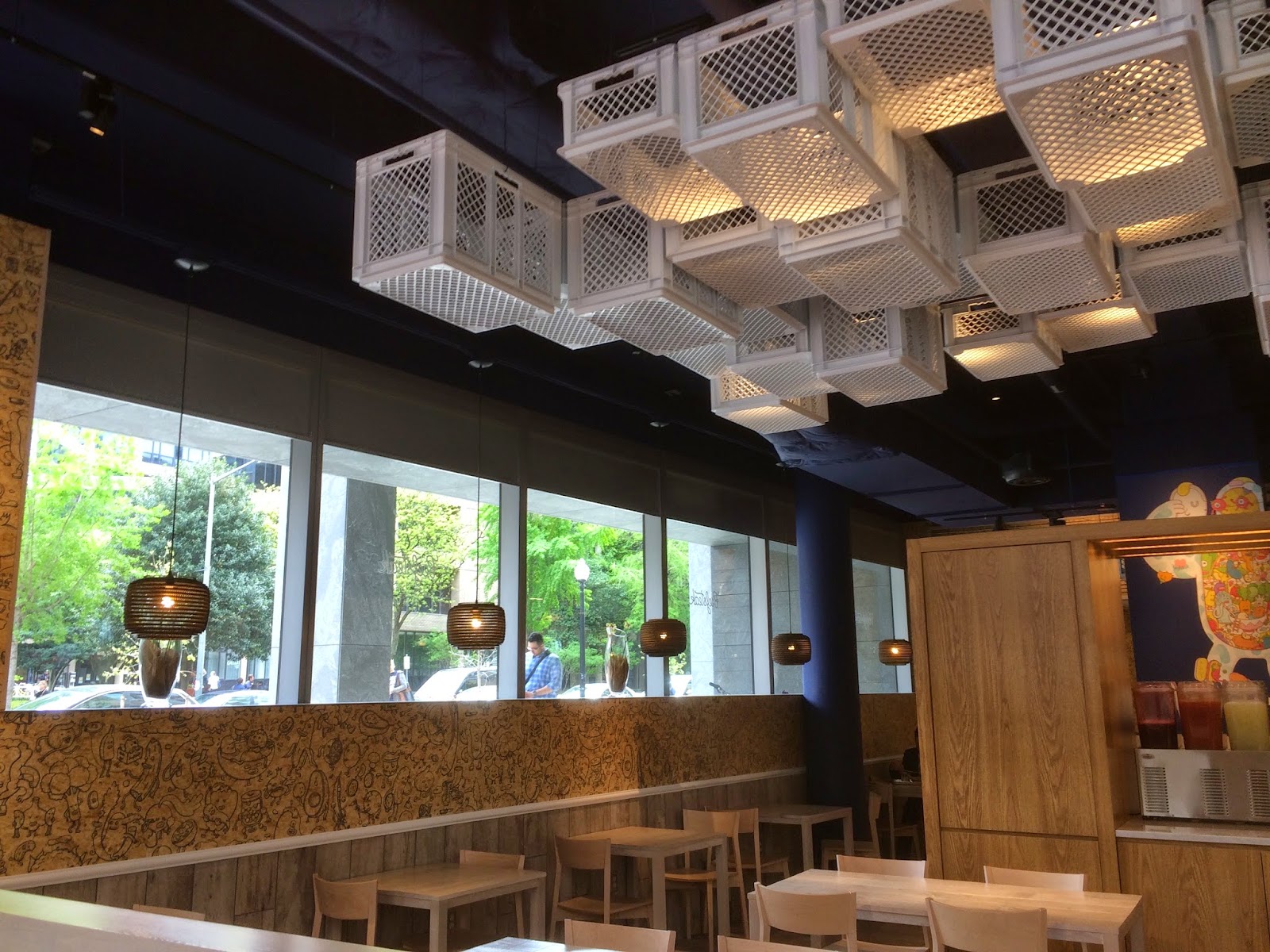 A bit about the space: the restaurant occupies a first-floor corner of a building on The George Washington University campus close to the Whole Foods and the Foggy Bottom Metro station. The space is bright and open with simple wooden furniture. It's not the sort of place that makes you want to linger, which is probably a good thing for diners. We arrived early--before 11:30--and walked right up to the counter. But by noon the line had snaked to the door. It's clearly very popular. Just when you think fast-casual has reached saturation, the mob of people willing to try new places proves otherwise.

It shouldn't come as too big a surprise that the man responsible for this shake-up in the fast-casual space is D.C.'s acclaimed chef José Andrés, who is well-known in the city for Jaleo, Zaytinya, Oyamel, Minibar (and Barmini), America Eats Tavern, China Chilcano and the Pepe food truck. If there's a drawback to Beefsteak, it's a personal one: the restaurant is located in Foggy Bottom, which is the wrong end of downtown for me. I'm hopeful one will come to Penn Quarter, the neighborhood that is home to five of Andrés' aforementioned establishments.