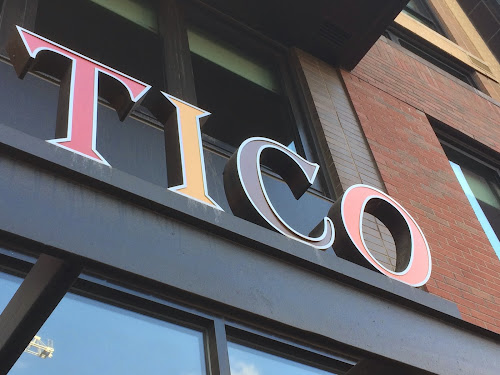 One glance at Tico's menu and you know you're in for something fun. Chef/owner Michael Schlow has designed a menu that is mostly, but not exclusively, Latin American, particularly Mexican. But it's also much more than that, drawing inspiration from Italian risottos, Spanish stews and Southern fried chicken (even mac & cheese).

It was the perfect evening for dining out. We arrived around 6:45, and given that it's spring, it's still quite light outside. So Tico had its front windows flung open, bringing the vibrancy of 14th Street into the dark art-filled interior. I imagine in winter or later in the evening the place would have a totally different vibe. 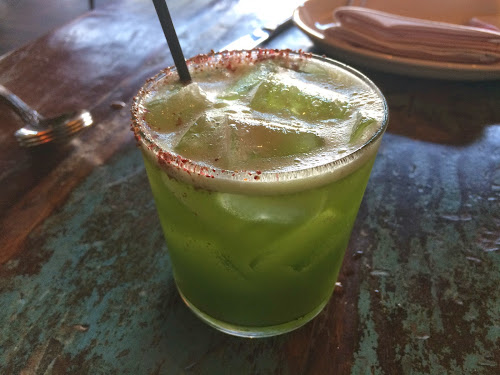 First order of business: cocktails. This proved to be the evening's most difficult decision. So many of the options sounded really good.  I started with the refreshing Word of Mouth, a smoky/tart concoction of mezcal, Green Chartreuse, lime and vanilla. Chris chose the Cool Hand Luke, a vegetal mix of American gin, cucumber, mint and lemon with a pink peppercorn rim on the glass. After that we both switched to hibiscus margaritas, a beautifully magenta drink made with blue agave tequila, orange liqueur and citrus. On my list to try next time: the Barrel-Aged Rosita, which sounds like a tequila version of a negroni, and the 14th Street Shuffle made with rum, Cardamaro, lime and bitters.

To better sample the breadth of the menu, we opted to fashion a meal out of small plates, from which there are numerous selections. A long list of small plates is flanked by a selection of tacos, ceviches and dishes "a la plancha" or grilled. 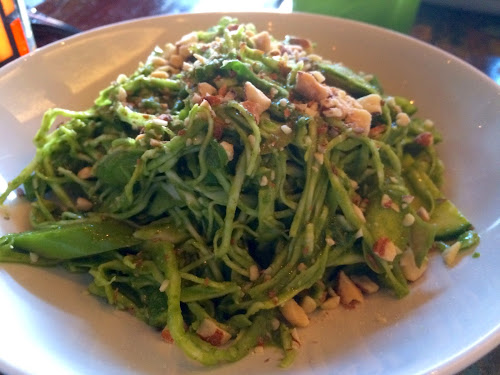 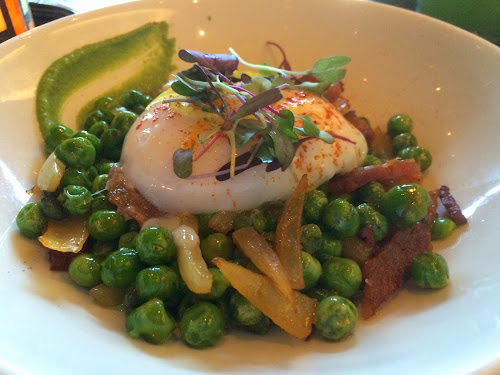 Executive chef George Rodrigues handles both the vegetable and meat dishes well. We began the night with a few of the former, starting with shredded cabbage salad dressed with green tomatillo salsa and crushed almonds. The refreshing dish, which also includes some asparagus (I imagine they change that up with the seasons) is a wonderful mix of textures. Peas Peas Peas combines warm but not overcooked peas with smoky chunks of bacon, a smear of avocado and a soft egg on top which, when broken, effectively unites these flavors into a warm and homey package. 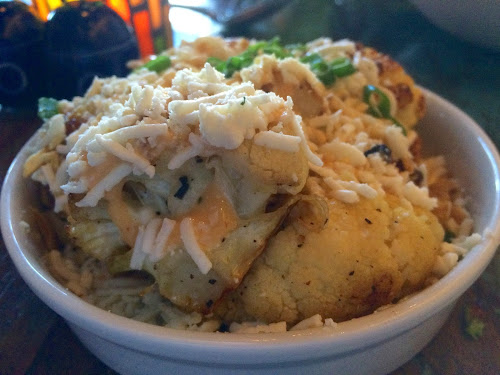 Bacon shows up again partnered with sweet corn, which is surprisingly delicious given that it's not really in season yet, but it's another winner, with a spicy heat from fresh jalapeño. A word on that: hot chiles show up in quite a few dishes, so be prepared, although we didn't think anything was overwhelmingly spicy. There are some cooler options like the roasted cauliflower, which does have some chipotle, but it's a comparatively mild dish, sprinkled with cotija cheese. 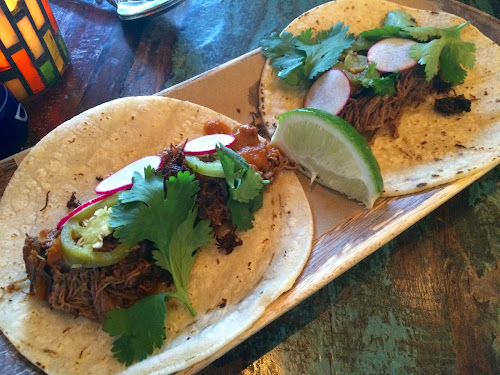 We got our meat from a selection of tacos, which again highlight a playfulness with texture. Two-texture beef tacos come filled with shredded beef--both the tender braised variety and crispy fried pieces. Roasted pork tacos come topped with black beans, cilantro and a few pieces of crunchy chicharrones (fried pork rinds). Both were good, although no more show-stoppers than the vegetable dishes that had preceded them.


Capping our meal was a caramelized banana split with chocolate gelato and peanut butter mousse, garnished with Mexican chocolate sauce and peanuts. For a chocolate-and-peanut lover like me, it was the perfect choice.

We enjoyed all of the dishes we ordered during our first visit to Tico, a night of zesty and spicy fresh flavors and amazing cocktails. In fact, there were many other dishes and cocktails we wanted to try but didn't get to (I hear I hear the bacon cheeseburger is excellent). Luckily there's a pretty simple solution for that: return. And return we will.