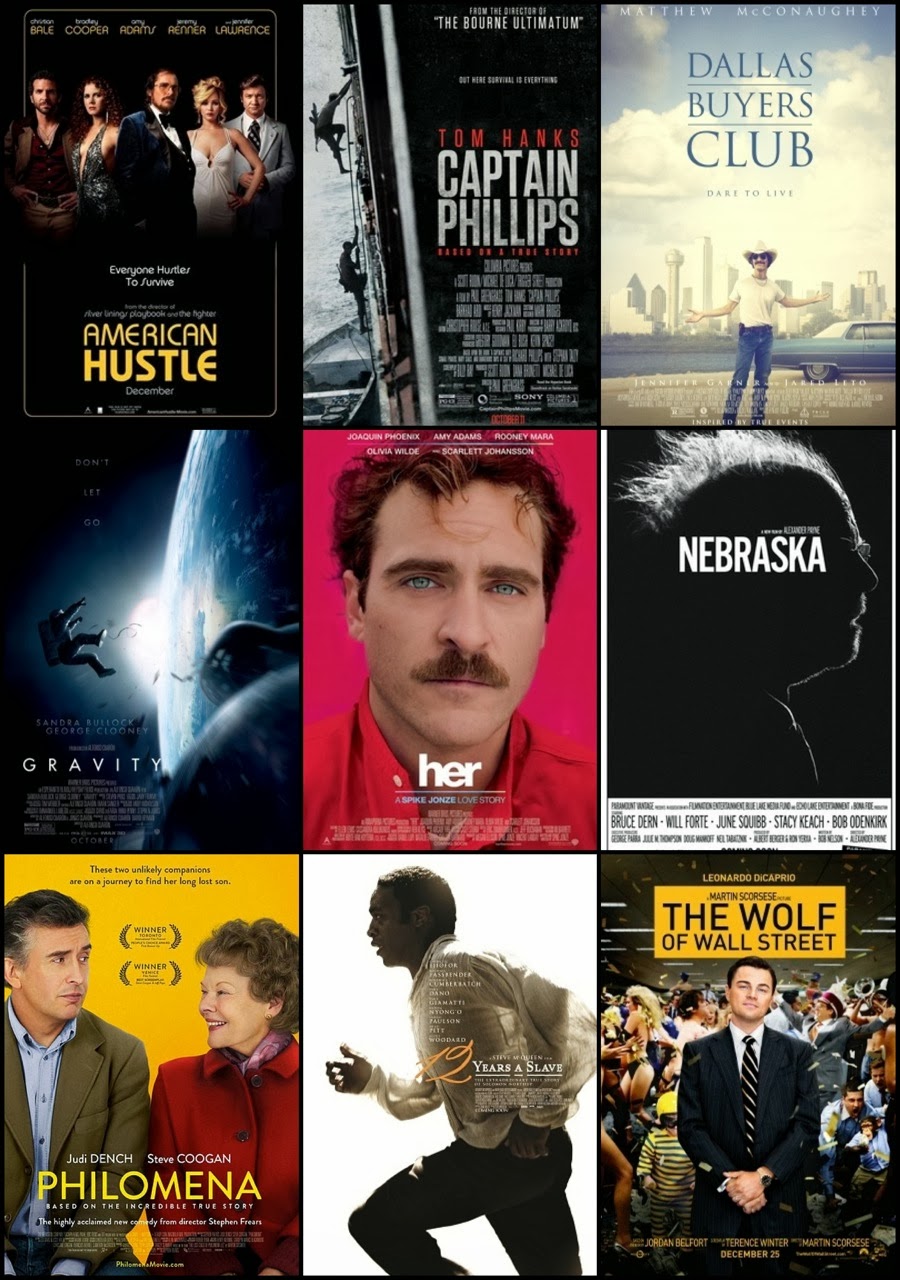 When it comes to hobbies, cooking is my #1, but good movies are right up there as well. I follow the Oscars intently every year. I never miss the nominations announcement, where the inevitable surprises and snubs are revealed. I like to predict the winners (lately in a betting pool that includes only me and my husband). And of course, I watch the Academy Awards, which will air this year Sunday, March 2 on ABC.

And like last year, I'm creating cocktails to celebrate this year's slate of Best Picture nominees.

It's a great crop of movies, stronger even than last year I think. If there's a theme that runs through most of these pictures this year, it's separation: Solomon Northup from his family and his freedom in 12 Years a Slave, Philomena Lee from her long-lost son in Philomena, Richard Phillips from his crew during his abduction in Captain Phillips, and Ryan Stone from anything earthly in Gravity. A secondary theme I'd call the big hoax or swindle also runs through several films, notably American Hustle, Nebraska, The Wolf of Wall Street and also 12 Years a Slave. Then there's Her which, although it seems like it could be a film about isolation, or even a hoax, actually has a lot to say about human connection.

As I post the drinks in the next few weeks, I'll update this page with links to them. Just like last year's line-up, they range in complexity and style, including a beer cocktail and a dessert cocktail. Several are riffs on popular drinks while others are wholly new inventions. No complicated equipment is needed to make them, but there is an interesting homemade syrup and a vodka infusion. There will also be a bonus cocktail for a film that isn't a Best Picture nominee but is up for several other awards.

American Hustle: Looks and even tastes like a Pimm's Cup but is actually a forgery made with other ingredients.

Captain Phillips: (Captain) Morgan Rum plus (Phillips) Screwdriver ingredients is the formula for this cocktail sweetened with a Somali-spiced syrup.

Gravity: Made to look like outer space with enough booze to make you feel weightless.

Her: Gin cocktail inspired by the film's colorful production design and refreshing take on modern relationships.

Nebraska: Beer cocktail with moonshine and other ingredients inspired by the film's namesake state.

The Wolf of Wall Street: Like a shady business deal, this is a vodka martini tinted green like money and sweetened with a little powder (sugar, that is).

Want just the recipes for reference? They're all here in one post.

Vote for your favorite Oscar cocktail on Facebook.
Posted by Cook In / Dine Out at 12:01 AM