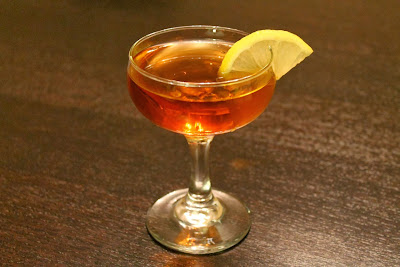 As my starting point for the 12 Years a Slave drink, I used the Saratoga cocktail, a classic mix of brandy, whiskey, sweet vermouth, bitters and lemon peel that was invented in the 19th Century in Saratoga Springs, New York. From there I modified the drink in ways to represent Northup's journey. Apple brandy is made in Virginia, near where Northup is kidnapped in Washington, D.C. I also rinsed the glass with Absinthe as a nod to the Sazerac, a classic cocktail invented in New Orleans where Northup is sold into slavery.

Rinse a chilled coupe glass with absinthe. Combine whiskey, sweet vermouth, apple brandy and angostura bitters in a cocktail mixing glass with ice. Stir until combined and chilled, then strain into the chilled coupe. Garnish with lemon wheel. 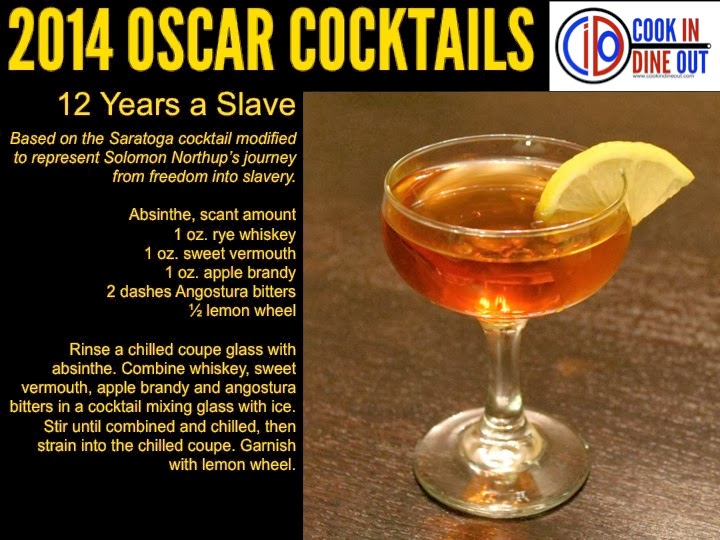 See all of this year's Oscar Cocktails.
Posted by Cook In / Dine Out at 12:01 AM