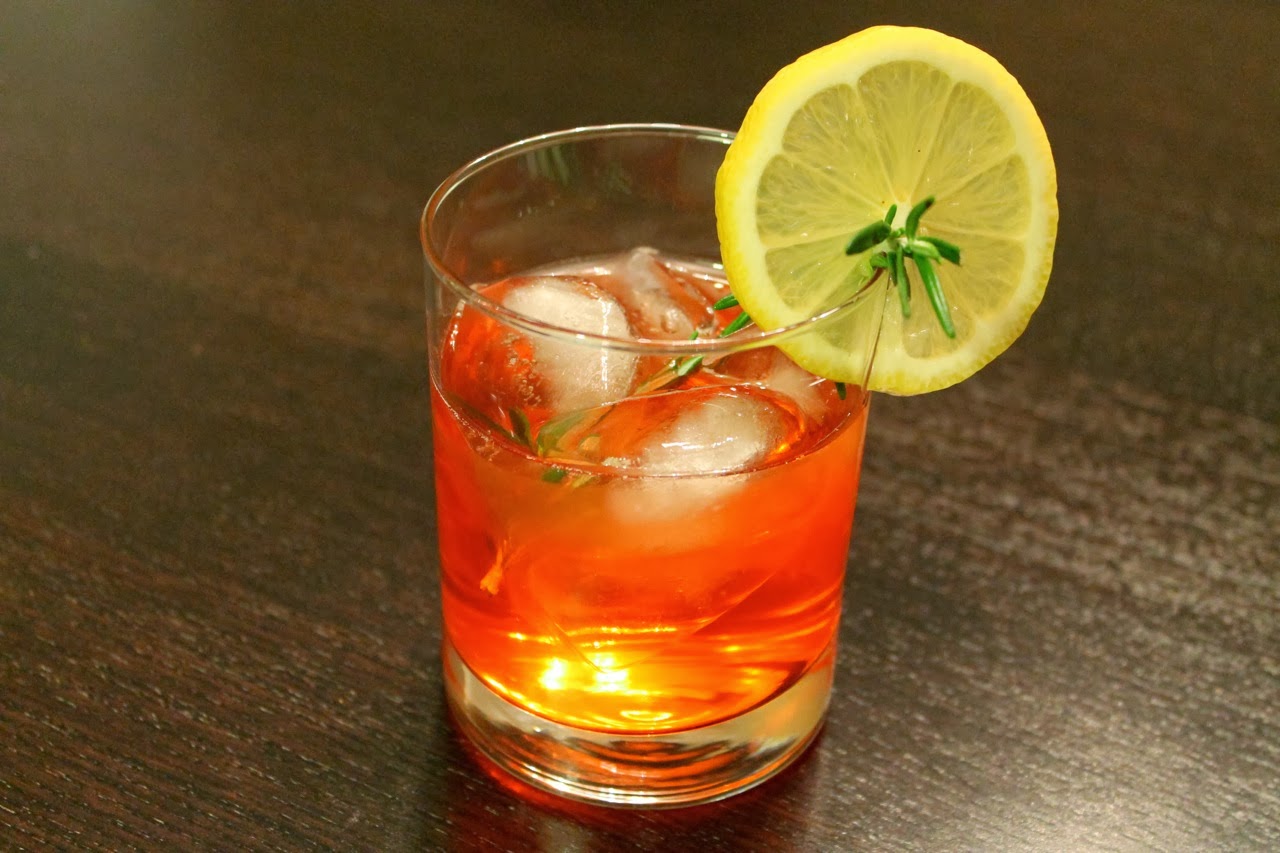 In the film Her, recently separated Theodore Twombly (Joaquin Phoenix) acquires a new smartphone with a hyper-intelligent operating system that he names Samantha (Scarlett Johansson) and forms a romantic attachment to. The movie is nominated for five Academy Awards, including Picture, Original Screenplay and, for its beautiful vision of a futuristic Los Angeles, Production Design.

One of the things I love most about Her is the film's colorful visual design. The sets, props and costumes in every scene are like a perfectly composed color palette. Thus, the Her cocktail is inspired by the colorful look of the film, as well as its refreshing take on human connection. 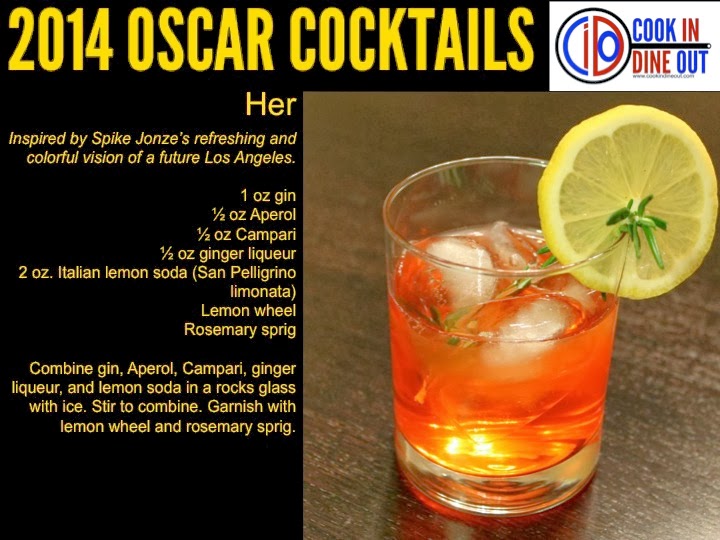